Algoryn, Beyond the Gates of Antares, Boromites, Freeborn, The Chryseis Shard

A look inside The Chryseis Shard!

To accompany The Chryseis Shard we have 3 fantastic new individual Antarean characters whom you’ll find are heavily involved in the backstory. Aside from these newcomers, three other characters involved in our story have appeared before, Concord Commander Josen, Isorian Drone Command Xan Tu, and Ghar High Commander Karg…

so who should we start with… 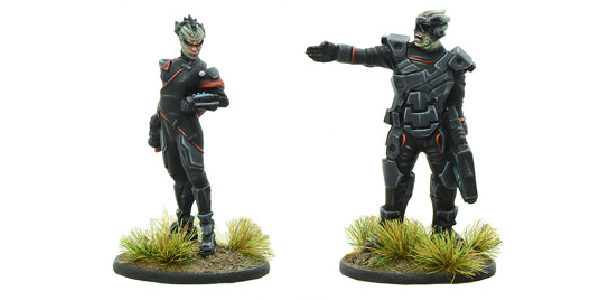 Ess Ma Rahq belongs to one of the oldest and most renowned of all the great Optimate moch, or clans, of the Algoryn: the Rahq. With Leader 3 and Wound special rules she is also extremely survivable, although she never goes anywhere without her loyal bodyguard of SD troopers (Special Division). A commander with extraordinary qualities of leadership as shown by her Command, Follow, Hero and Nerves of Steel rules.

What is the Hero special rule?
Simply put, if a heroic model is within 10” of a friendly unit, that unit can use the heroic individual’s initiative (Init) stat to take any Initiative based test.

The secretive Algoryn Special Division is responsible for developing new weaponry such as the Fractal Sights. Units with Fractal Sights (such as Commander Ess Ma Rahq’s body guard) are able to predict the opposing unit’s action even before it shoots. It can make a Fireﬁght reaction in the usual way but will pass the necessary reaction test on any roll other than a 10, allowing them to shoot ﬁrst regardless of whether they are the unit reacting or the unit reacted against. (full rules on p. 67 in Chryseis Shard) 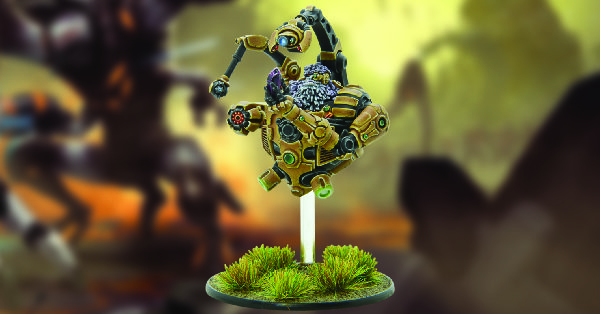 Tas Geren’do is a venerable Rock Father whose long and colourful past was spent – or more accurately misspent – chasing riches, dreams and women. The half­human, half­machine body combines several familiar Antarean technologies into a single model. His suspensored machine body counts as a suspensor platform, while his assortment of mining and prospecting tools includes the capabilities of a borer drone. His Res stat includes the effects of an internal shield generator and the lectro­lash attachment is a necessity, coming in handy when facing enemies.

A model with the leader 2 rule is allowed to re‐roll two failed Res rolls at a time. So, a model that takes two hits and fails both can re‐roll both again! 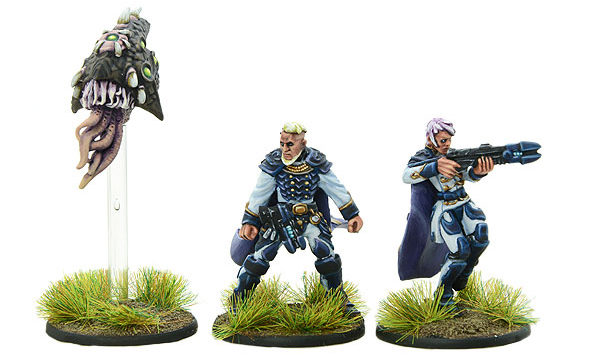 Prince Batu is a young scion of the ruling Tsulmar clan of the Freeborn House Delhren. Having misspent his youth upon the kind of frivolous and indulgent activities felt necessary to a princeling of the blood.

What is the Meld nano-drone?

Batu and his nano­drone are represented by two separate models, but they act as a single model. Shooting from Batu, the drone can make a single or point black flame lance attack with a rate of fire of 3 and a strike value of 6 for the single shot. The position of the drone doesn’t matter and we can imagine it zipping around Batu, its ﬂashing suspensor blades slashing and stabbing at the enemy…