Who was the British fascist, Sir Oswald Mosley, the man who loved his country and wanted to create a new England?

Who was Oswald Mosley?

Oswald Mosley was born on 16 November 1896 and raised as the eldest son of a Baronet. Coming from a Country Gentry background, Mosley received a martial education, learning to box and fence from former Army officers. Even as a child he was taught to use what he called ‘the good clean English fist’, a tool he would rely on in later years. Proving himself in the public schools’ fencing championship by winning with both foil and sabre, Mosley enrolled in the Sandhurst Royal Military College months before the beginning of WW1. However, that same year he was expelled for engaging in a “riotous act of retaliation” against a fellow cadet. 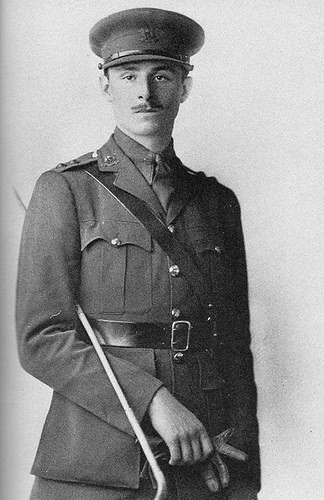 When WW1 began, he was commissioned into a crack Calvary regiment, the 16th Queen’s Lancers who he served with in the Western Front. Later transferring to the Royal Flying Corps, it has been speculated that this was done due to an ankle injury sustained from the fighting with his peers in Sandhurst. Mosley himself instead claimed it was out of a desire to ‘get to the front’ and engage in the daredevil duels that characterised early air combat.

Nevertheless while demonstrating his pilot skills in front of his mother and sister, he crashed his plane in May 1915 and broke his ankle for the second time. Rather than wait to recover, he returned to the Western Front. His eagerness to fight cost him dearly, as the waterlogged trenches inflicted further complications and while fighting in the Battle of Loos, Mosley passed out from the pain. Subsequently sent back home for surgery, he was left with a permanent limp. In October 1916, he was finally declared unfit for the front-lines and did desk work until the end of the war. 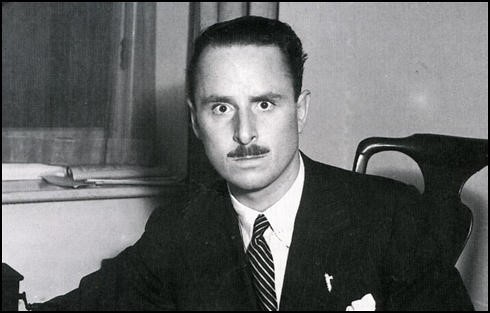 With no degree or practical experience, Mosley then turned to politics. His biographer Robert Skidelsky noted that ‘the war, more than any other single experience, shaped Mosley the man and the politician’. He saw himself as a spokesman for veterans and was eager to avoid further wars in Europe. Running virtually unopposed in Harrow during the 1918 general election, the 21 year old Mosley was the youngest MP to take his seat in the House of Commons. While ostensibly representing the Conservative party he cared little for their ideology and in 1924 he joined the first Labour government.

Contemporaries believed him to be an excellent orator, though Mosley was ambitious and impatient in his pursuit of power. Most of his radical plans to solve unemployment were blocked, including proposals to nationalise major industries and raise tariffs to protect British businesses from international finance. This formed the basis of the ‘Mosley Memorandum’ which was promptly rejected by the Labour Cabinet. Mosley thus became disenfranchised with them as well and he left the Labour party in May 1930. 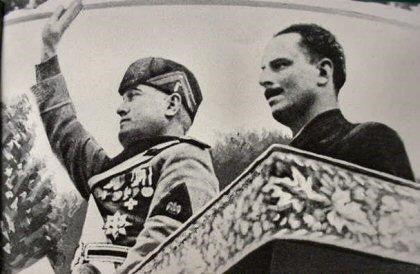 Mosley then formed his own party in 1931, aptly naming it the New Party though he disbanded it in 1932 after meeting Mussolini. He was inspired by the Italian’s accomplishments, accrediting Mussolini’s authoritarian rule with creating ‘order out of chaos.’ Mosley replaced the New Party with the British Union of Fascists when he returned to England, an organisation which would become known for its nationalistic, anti-communist and anti-Semitic sentiments. 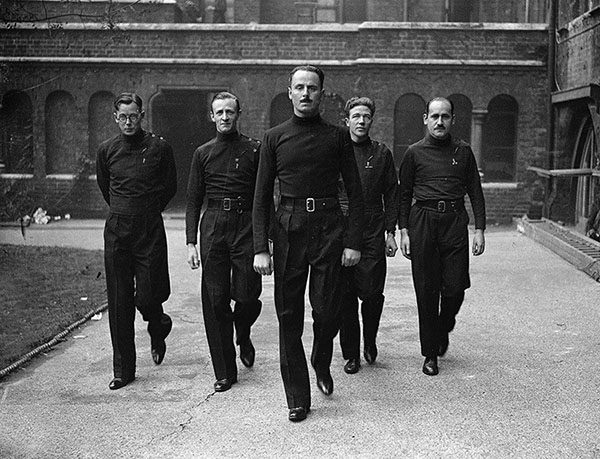 Adopting a black-shirt uniform that was based on the fencing jackets Mosley had worn in his youth, his followers wore their fascist identity on their sleeves. This allowed them to easily identify themselves in even the fiercest melee, as their rallies and protests often devolved into violent street fights. Occasionally arming themselves with knuckledusters and lead-pipes, Mosley’s most elite ‘Blackshirts’ were trained to form ranks and assume a fighting stance modelled on Mosley’s boxing history. They were described as ‘tough, battle-hardened bodyguards – all of imposing physique and, like their leader, towering over the policemen.’ 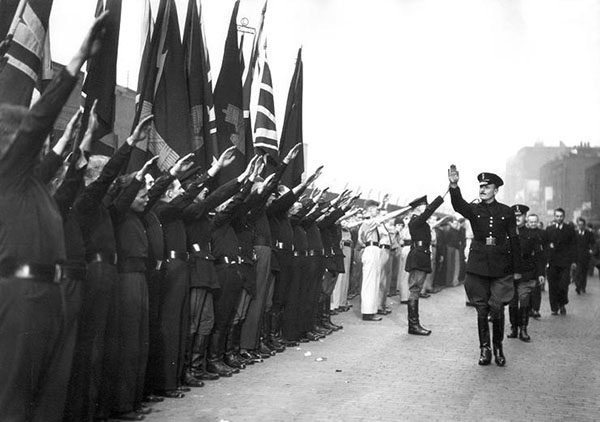 At its height, the BUF claimed to have 50,000 supporters, including the Daily Mail. The newspaper would however withdraw their support after a London rally turned violent in 1934. Nevertheless, the party never ran for general election and began to lose popularity due to internal conflicts and external opposition. Most famously, Mosley’s East London march in 1936 became known as the ‘Battle of Cable Street’ after around 20,000 anti-fascists drove the Blackshirts off with improvised weapons such as sticks, rocks and chamber pots. 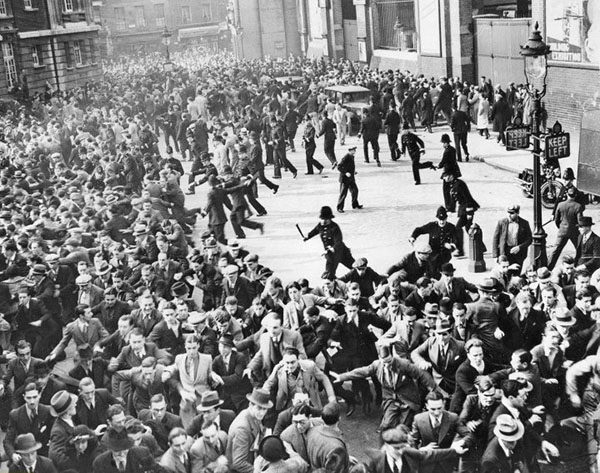 In the build up to WW2 Mosley campaigned against the war, which allowed the BUF to regain some of its popularity. However in May 1940 the BUF was banned by the government and around 740 members including Mosley himself were arrested under Defence Regulation 18B. This regulation was created in part to strike a symbolic victory against Fascism but also out of the fear that Mosley and the BUF could become a security risk in the event of a German invasion like the one theorised in ‘Operation Sea Lion’. This raises the question of whether Mosley really could have formed a ‘Fifth Column’ should the Germans have invaded. It was certainly not unprecedented, as the Norwegian Major Quisling, leader to a similar fascist party, proclaimed a puppet state the day after Norway was invaded by the Germans.

Indeed, Herbert Morrison the Home Secretary described Mosley as ‘our own Quisling…ready to play his part’. His allegations were based on the influence Continental fascism had on the BUF, as well as personal and financial ties between Mussolini, Hitler and Mosley. More cynically, it was argued that whatever Mosley’s original intentions, his only remaining path to power was through foreign intervention. Of course, there is no definitive evidence that Mosley ever committed treason and many of the charges alleged against him have been disputed. Ideologically as a British Nationalist, it is unlikely he would be willing to sacrifice English interests in favour of a German expansion. Nevertheless, historians such as Skidelsky have admitted an ambiguity in Mosley’s allegiance should Operation Sea Lion have been successful, with ‘the country he loved fighting against the system he believed in’. This uncertainty makes for an interesting question that you might wish to bring to the tabletop.

Would Mosley emerge from his prison cell a vengeful and ambitious traitor, his Blackshirts liberated by the Nazi war machine to serve as their brutal enforcers? Or would he be reluctantly freed by a desperate Government, granting him reprieve to fight and die for the country he loved? The choice is yours in the Bolt Action Campaign: Operation Sea Lion!

Mosley and his BUF are here! 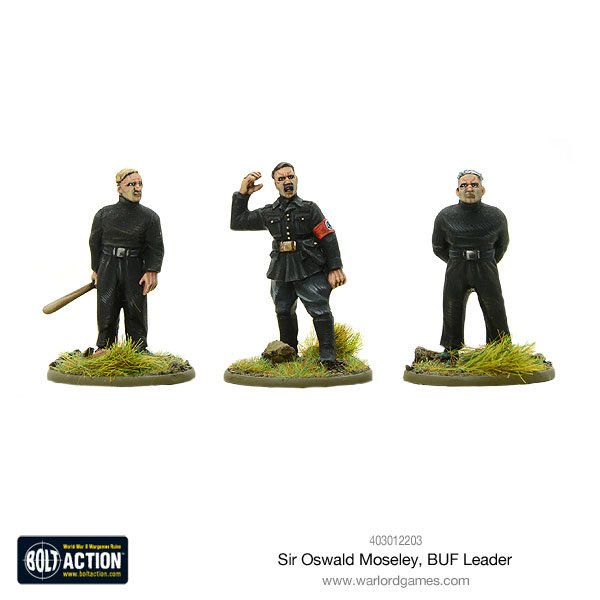 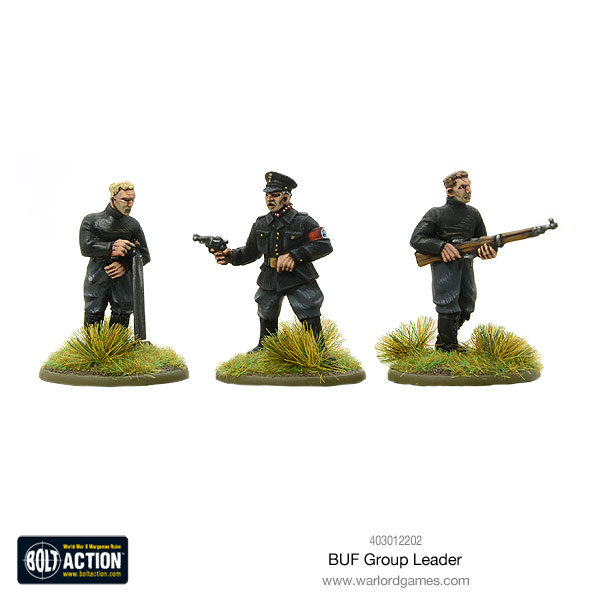 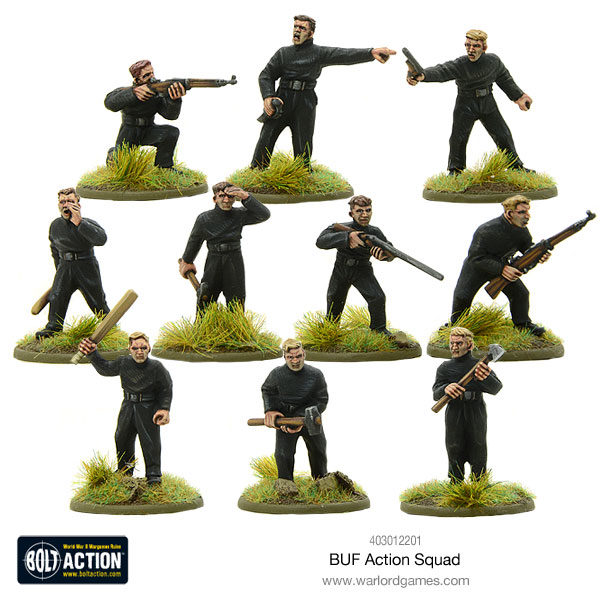 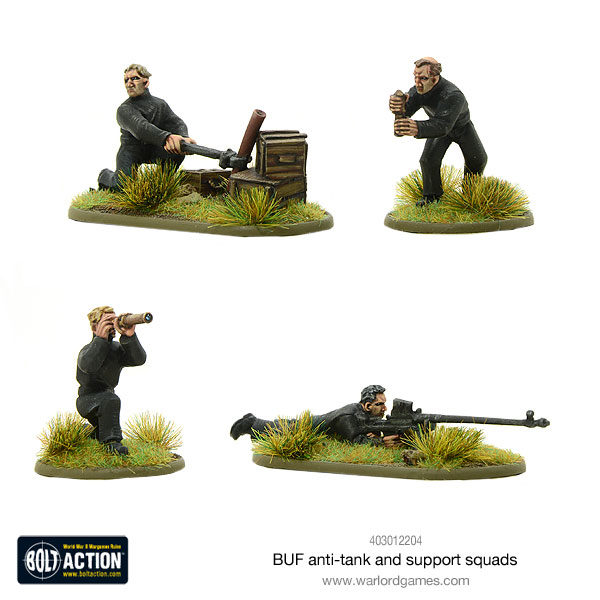 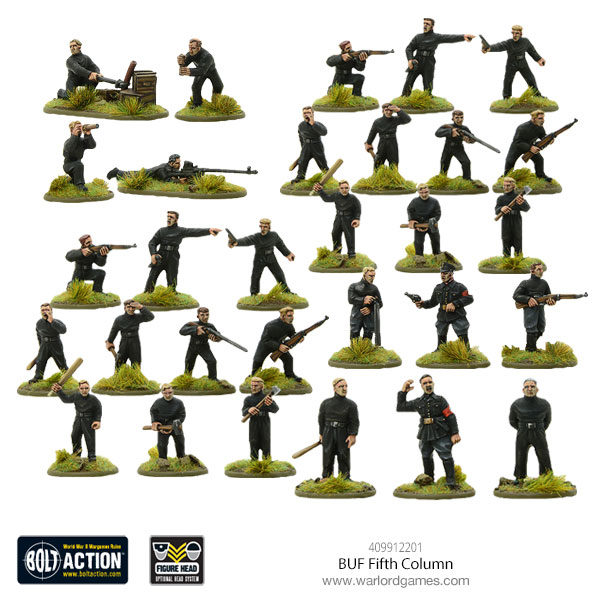 View Profile | View all posts by Josh Berridge
A look inside The Chryseis Shard!
Snipers In Ghillie Suits – Review And Painting Guide