Sometimes even a loyal dog can go astray – represent the baddest of the bad with the new Strontium Dog – Rogue SD Agents set! 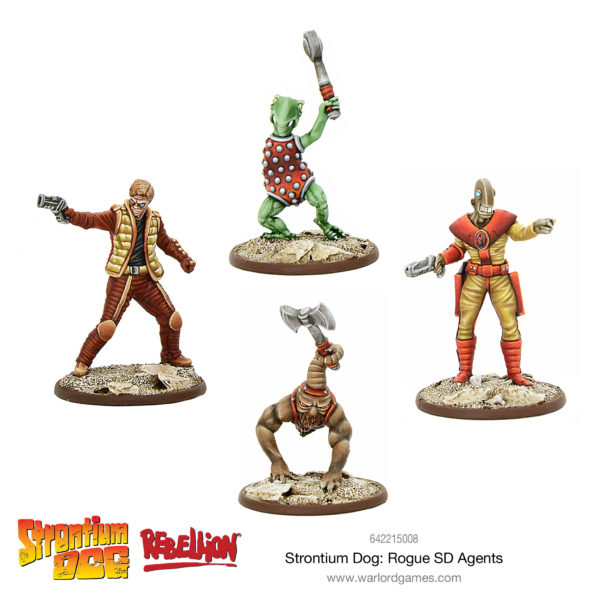 Not all S/D agents play by the rules – in fact, not many worry about the law at all! Sometimes a Strontium Dog goes too far and ends up becoming the hunted rather than the hunter. Fly’s-Eyes Wagner is such a case in point, going rogue after killing his partner. This was just the beginning of a story that would lead Wagner, Johnny Alpha, Wulf Sternhammer and The Gronk through the very planes of Hell and back! 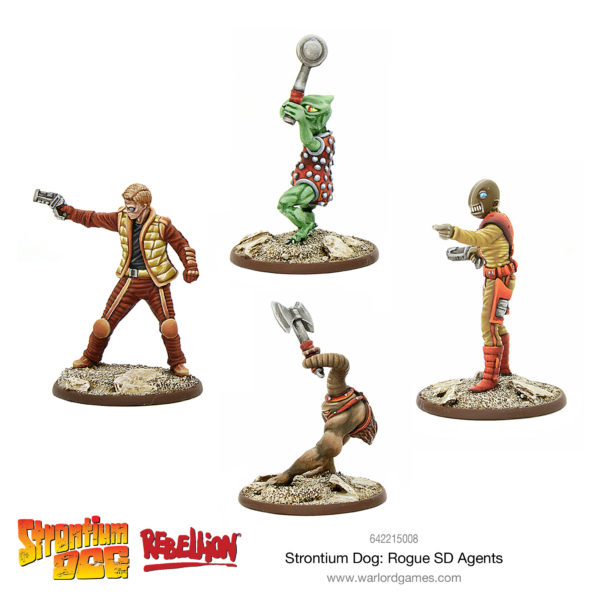 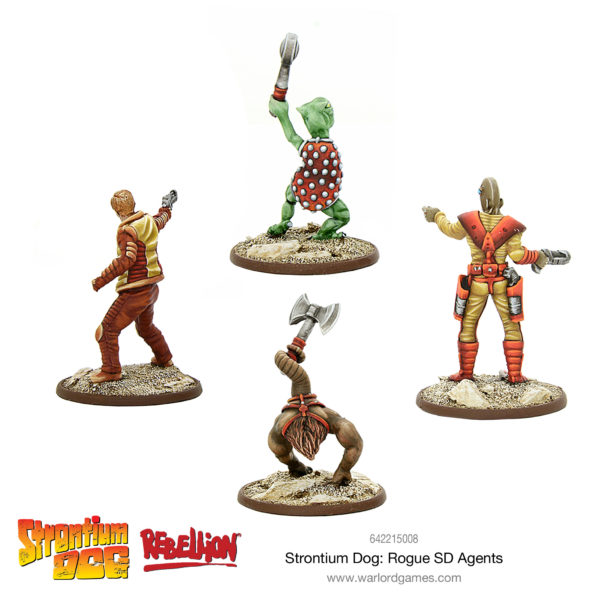 During The Schicklgruber Grab storyline S/D agent Slabhead leads his two mutant ‘Dervish Dogs’ on the hunt for the 1,000,000 credit reward for bringing Adolf Hitler to justice, as ordered by the Committee for Ultimate Retribution. His two dogs slice through WWII German Panzers like butter but they and Slabhead are neutralised by Johnny and Wulf. 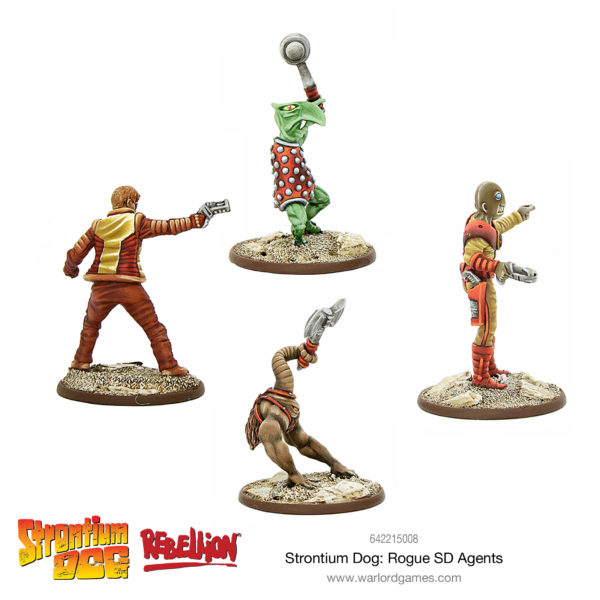 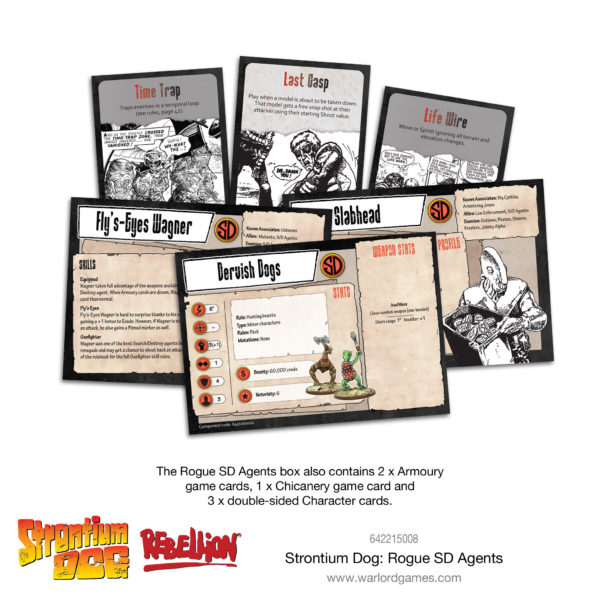 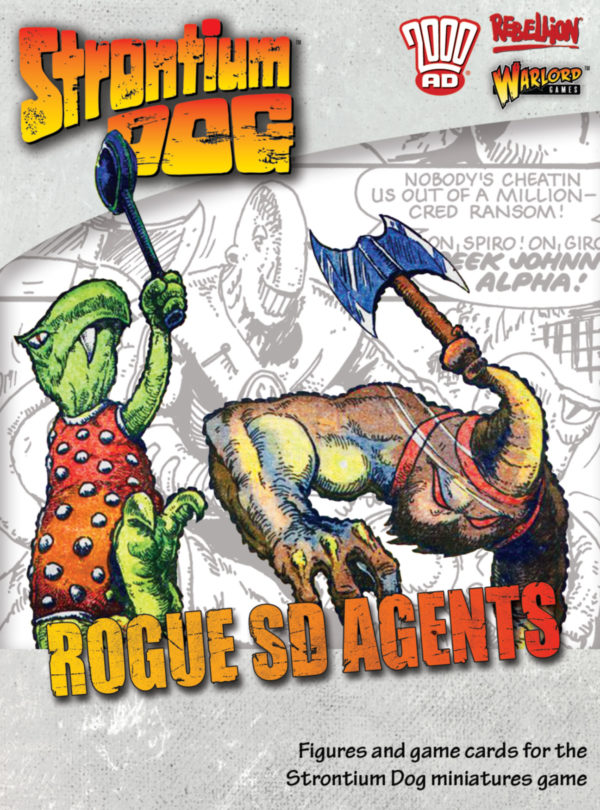