Beyond the Gates of Antares, Ghar Outcast Rebels, The Chryseis Shard

With the Chryseis Shard now available for pre-order, it is time to look into the intriguing back story of the special book figure, Nurk 27! 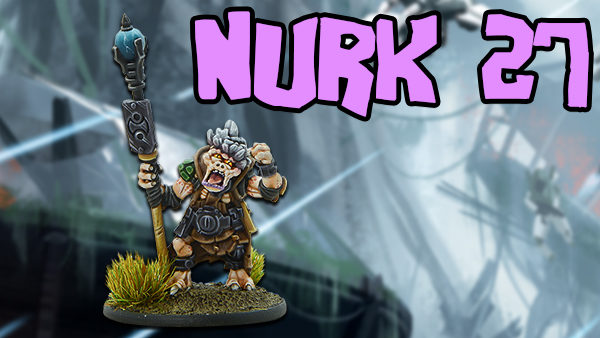 Deep in the caverns of the old mine working, safe and secure form the world beyond, the rebel army gathered in strength and determination. Over smoking camp fires, Ghar talked freely of the rebel Commander Fartok. They told and re-told the stories they had heard, embellishing their yarns each time with ever greater feats and ever more wondrous deeds. Whether these stories were true or not no-one could say. But it did not matter. They were good stories.

None were as good or as stirring or as eagerly heard as the tales told by Nurk 27. Nurk wove stories so wild with possibility that his listeners were held spellbound by his words. The others crowded round to hear him, their round eyes wide with wonder, their drooling jaws slack with awe. Such words he span as no Ghar had ever heard before. Words with vivid colour and unimaginable texture. Words such as freedom and honour. Words like pride and self. And the strangest word of all: family. Nurk chanted his tales by the firelight, his voice rising and falling as if possessed.

He told stories of faraway places, of deep mines and cold asteroids, of work and honour, and brothers and sisters, of comrades and workmates. For Nurk was insane.  That was hardly surprising. Nurk’s head bore the crude scar of the Boromite brain graft. His bulging skull was encrusted with the keratinous scaly growth of that dour space-borne race. Nurk was the sole survivor of the Outcasts that Karg had brain-grafted with the Boromite refugees. Nurk was a window into a world beyond imagining. 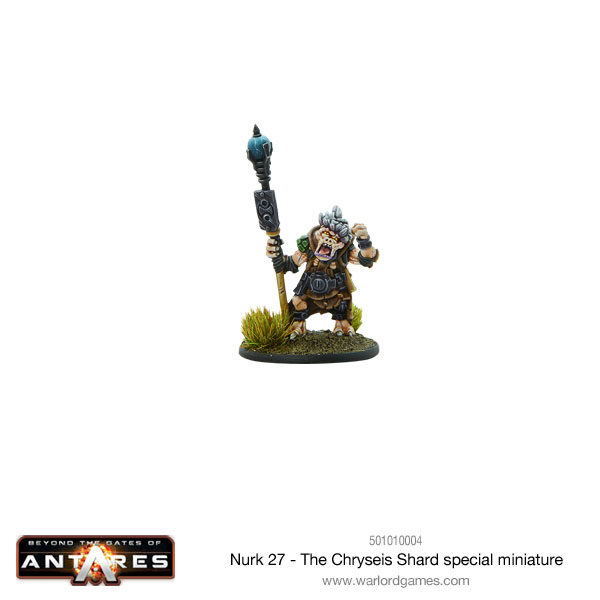 Nurk 27 available FREE when ordering The Chryseis Shard direct from our webstore.

Boromites are a notoriously stubborn race of a mind that does not readily yield to persuasion or even to torture. After interrogating their captives for days, killing several in the process, the Ghar decided to use another method to extract the information they wanted. Quite literally. The Ghar would employ a simple mind graft to transfer the recent memories of the captive Boromites into recipient Ghar. This involved hacking away part of the donor’s brain and grafting it onto that of a more compliant subject. The procedure would certainly kill the donors and would probably kill most of the recipients too.

It was a sacrifice worth making.  A dozen Ghar Outcasts who were otherwise surplus to requirements found themselves volunteered for the job. Whether they personally considered the sacrifice worth making was another matter, but it is unlikely that High Commander Karg was much troubled either way. It was for the good of the Empire after all. 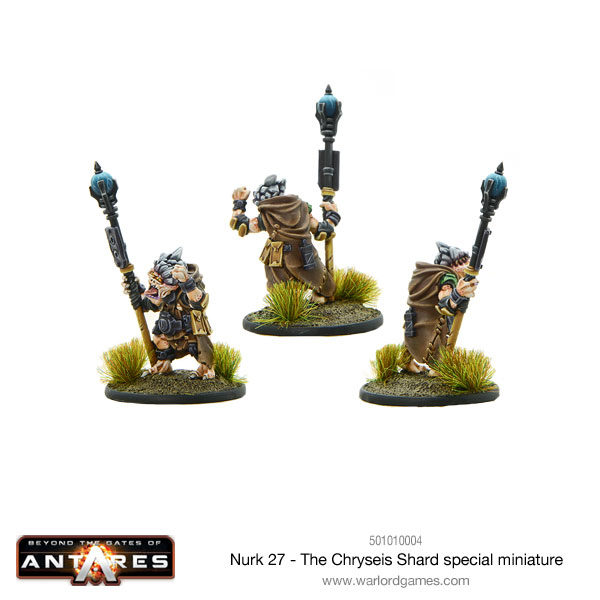 The grafted Outcasts were rendered insane thanks to the drastic and irreversible surgery. However, their deranged ravings enabled the Ghar to piece together a picture of events. They did not entirely understand the story of the rogue shard or what the garrulous recipients of the survivors’ memories called ‘the machine plague’.

Such fanciful tales of wayward technology and rampaging deviants were surely commonplace among abominations. Only Ghar with their superior time-honoured technology were to be trusted. Indeed, one of the hallmarks of the rebel Fartok’s treachery was his willingness to make use of captured machines and weapons. No doubt the rebels would come to regret it in time just as these refugees had cause to regret the fate that had befallen them.

View Profile | View all posts by Aaron Trueman
What is next for Antares?
New: Army Painter Quickshades Washes Set