There are a wealth of additional resources available for Warlords of Erehwon, such as this Celts army list

Rick’s been busy tinkering with Warlords of Erehwon, expanding the game in both historical and fantastical directions – you can find many additional resources on his website but for this article we’re focussing on Celts and Celt Warbands.

Rick: A few folks have asked for a specific list to cover historical Celts. Although it is a fairly simple matter to construct a Celt Warband from the existing Barbarian list, I’ve pulled the relevant entries into one place and made some adjustments to terminology and detail to create a specific list for ‘Celts’.

What is commonly understood by the terms ‘Celts’ and ‘Celtic’ owes as much to the ‘Celtic Revival’ of late Victorian times as it does to any classical source. Nonetheless and amongst gamers at least, we usually know what we mean when we say ‘Celts’. Therefore, I will not dwell upon the historical and ethnological background and leave it to players to read up on such things if they wish.

I’ve based this list upon what is known of the Iron Age inhabitants of Britain, Ireland and Gaul who fought against the Romans in the centuries BC and early first century AD. Celtic tribes originating closer to central Europe also fought against the Greeks – and presumably those Illyrian and other Balkan tribes in between – before rampaging through Anatolia and settling in Galatia. Celts who had come to dominate the Danube basic and northern Balkans before the third century BC were gradually ousted or assimilated by newer incomers by the third century AD. 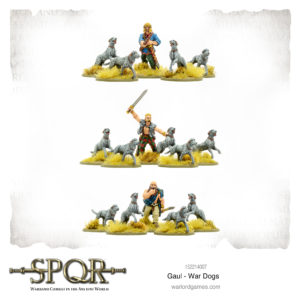 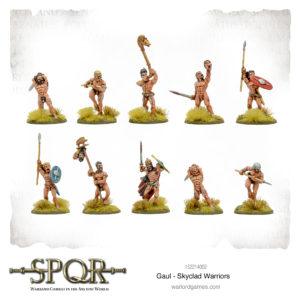 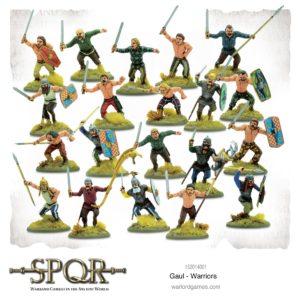 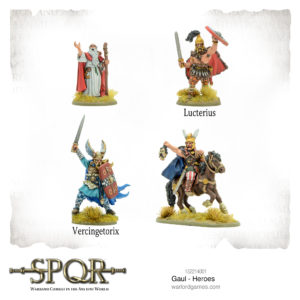 Our SPQR range is perfect for quickly building up a warband for Warlords of Erehwon – check out the Celt/Gaul collection here!

Other Celtic tribes lived in Spain (Iberia) and are known as Celtiberians. Whatever their heritage, their fighting methods and cultural affinities were heavily influenced by non-Celtic neighbours – or else insular developments of their own. These Iberian peoples are best excluded from the warriors covered by this list. Their descendants still live in northern Spain, the region known as Galicia taking its name from the same root as ‘Gaul’.

With some variations (which I’ll come to in a minute) this list can be used to create a Warband of Britons, Gauls, Galatians, Celts, Caledonians or Picts as well as specific tribal confederations such as the Boii or Volcae. Our list follows the usual format for Warlords of Erehwon in that it represents a Warband that may not be typical of an army as a whole, but which offers a selection of appropriate warriors and their leaders.

For example, you could create an entirely chariot-borne force of the kind led by Caratacus during the long guerilla campaign against the Romans following defeat in open battle at the Medway.

Celtic warriors fought with a long sword and javelins, carrying a long, often narrow, shield for defence. The richest and most important warriors might have been fortunate enough to own helmets and even mail armour: a Celtic invention according to the Roman writer Varro. Poorer warriors probably made do with a bunch of javelins, one of which would be retained to thrust (probably slightly heavier – in Erehwonian terms such a combination is rated as a ‘spear’).

I have allowed for three degrees of fighters – the elite warriors (such as the Fianna) who have a choice
of special abilities, ordinary warriors who are given the option for the Savage special rule, making them dangerous during an initial clash, and tribesmen who are makeweights of the kind that trailed behind Boudica – their main benefit is that they are cheap.

Youngsters, expected to participate as skirmishers or missile troops, are likely to have carried only javelins or
else slings or bows – I have included knives as a catch-all category to represent personal armament of various kinds including swords inexpertly wielded.

Although the list aims at a historically credible representation, I have given warlords and heroes a choice of special abilities to maintain parity with ‘fantasy’ warbands and to compensate for the lack of big monsters and beasties. In the Warband, I would suggest these are credible abilities considering we are dealing with individuals of such standing.

I have also allowed for a ‘wizard’ in the same way as I did for the Roman list and to allow players the option of
fighting against other Erehwon forces. In the case of Celts these are Druids. Obviously, players who want to play in a strictly historical context will prefer to either ignore these elements or amend the rules, removing such obviously fantastical elements as spells and spirits. 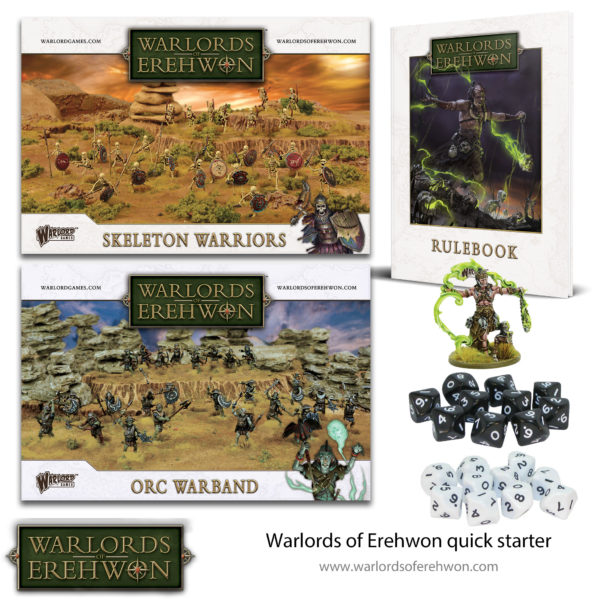 Tom spends most of his time buying books and painting miniatures. He enjoys putting animals on the bases of his miniatures and half-finishing side projects. Some say that he lives in a tower on top of some windswept northern hill with his wife and cow-patterned cat, Spaghetti.
View Profile | View all posts by Tom Mecredy
Beyond the Gates of Antares Batrep: Algoryn Vs Boromites Part Two
Carlson’s Long Patrol: the Jungles of Guadalcanal 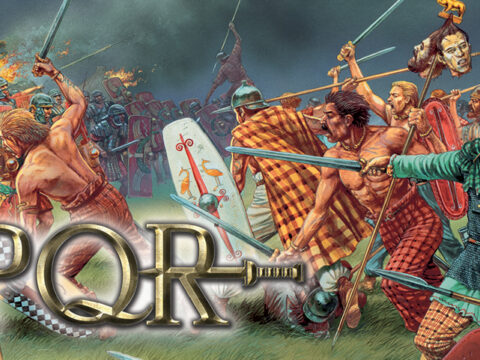