We're following Evans Carlson and the Marine Raiders on their Long March deep into enemy territory...

On 7th August 1942, US forces landed on the islands of Guadalcanal, Tulagi and Florida in the Solomons. Composed primarily of US Marines under General Vandergrift, the Allied forces attempted to deny the Japanese control of the islands and protect the vulnerable supply routes between the U.S and Australia. 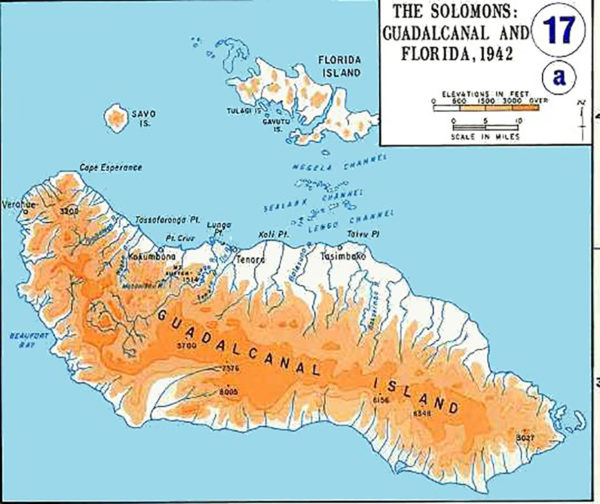 A map of Guadalcanal and the neighbouring islands.

Attacking under cover of darkness, the 11,000-strong landing force captured Tulagi and Florida and a half-finished airfield at Lunga Point on Guadalcanal. Over the next six months, the Japanese 17th Army would attempt to dislodge the tenacious US Marines by land, sea and air with numerous direct assaults against the airfield perimeter supported by naval bombardment and air strikes.

In August and September, Japanese attacks at Tenaru and Edson’s Ridge were repulsed – the opening stages to the main assault on Henderson Field in October. With 20,000 men at his disposal, Lieutenant-General Hyatukake launched a series of frontal assaults on the perimeter, in an unsuccessful attempt to storm the airfield.

After suffering heavy casualties, Hyatukake called off further attacks and began massing his forces to the east. The American response was both swift and unconventional. A mixed force of Marines and Army personnel launched an attack on the Japanese, while Carlson’s Raiders were despatched into the jungle to cut off the Japanese retreat.

Raised in early 1942, by direct order of the President, the Marine Raiders were created to harass and disrupt Japanese operations across the Pacific theatre. The 2nd Marine Raider Battalion was commanded by Lieutenant Colonel Evans Carlson, who had extensive experience of unconventional warfare, gained during fighting alongside the Chinese in 1936.

The 2nd Raider Battalion cut its teeth during the Makin raid, where 200-odd raiders assaulted the Japanese garrison on Makin Atoll. Despite annihilating the Japanese garrison, the Marines were nearly cut off when problems with their rubber boats almost stranded them on the atoll.

By November 1942, two of Carlson’s companies were providing close protection for other US units on Guadalcanal. With the Japanese penned up east of Henderson Field in danger of escape, Carlson was ordered to march inland and cut the Japanese line of retreat. 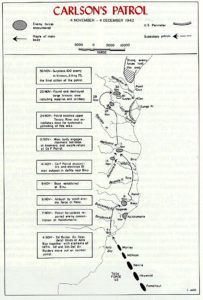 The route of Carlson’s patrol.

On 6th November, Carlson immediately set off with the two companies he had on hand, moving up the coast to establish a camp at Binu – some 25 miles from his landing zone.

Even the opening stages of the patrol were far from uneventful. Carlson personally led a platoon into the jungle in pursuit of some Japanese soldiers who had torched a nearby Christian Mission.

By 9th November, Carlson had been reinforced with three of his remaining four companies, disembarking their landing craft and marching cross-country to join him at Binu.

The Japanese were now in full retreat from their positions east of Henderson Field. Over 2,000 soldiers were now bearing down on Carlson’s base camp.

With the majority of his force assembled, Carlson despatched four companies to sweep the area for the retreating Japanese.

While crossing the Metapona river near the village of Asamana, C Company was pinned down by heavy fire from Japanese soldiers on the opposite bank. Carlson quickly brought up D and E company on the enemy’s flanks. 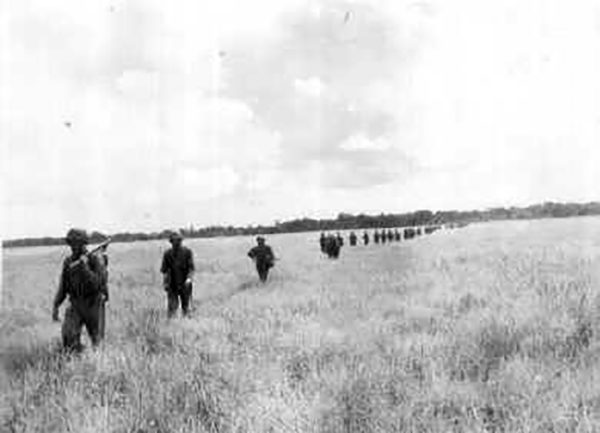 With three of his companies now tied down in intense firefights, Carlson brought up F Company and personally led an assault on the Japanese attacking C Company. The Japanese retired under cover of darkness and Carlson was able to regroup and pull back to Binu.

Over the next few days, Carlson consolidated his position around the village of Asamana, eliminating any Japanese stragglers he encountered. The Japanese were fleeing deeper into the interior of the island, having slipped the next thrown out by the Marine Raiders. 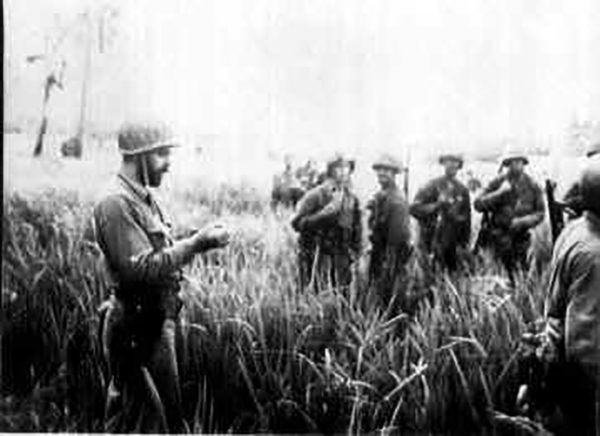 A Marine Raider officer addresses his men, somewhere in the jungles of Guadalcanal.

With artillery fire harassing the perimeter around Henderson Field, Carlson’s raiders were ordered further up the coast towards the airfield. They established a new base camp and began aggressively patrolling the area.

By 24th November, the battalion was reinforced by A Company and expanded out to establish subsidiary patrol bases up and down the Tenaru River. On 30th November, the Raiders stormed an artillery position containing a mountain howitzer and an anti-tank gun, capturing both guns. Another patrol stumbled across a Japanese encampment and slaughtered the surprised soldiers before disappearing into the jungle.

A few days later, the Raiders captured another gun shortly before being ordered to return to base. On 4th December, the Marines crossed back into friendly territory after 29 days in the jungle.

During the month-long patrol, Carlson’s raiders hiked a grand total of 150 miles across dense jungle, eliminating nearly 500 Japanese soldiers and capturing three artillery pieces along with a huge amount of equipment. 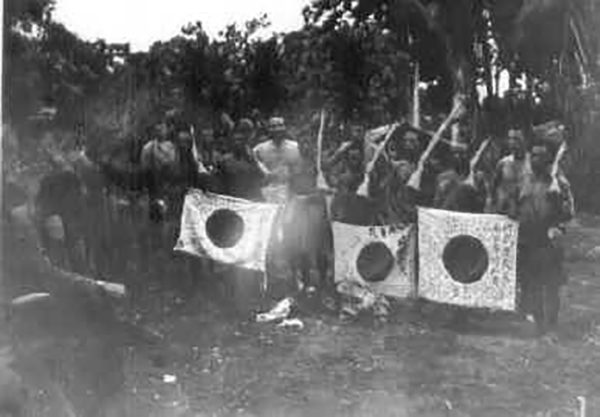 Carlson’s native guides display some of the trophies captured during the patrol.

Carlson’s raiders had taken 17 casualties and were left with 16 wounded, but the jungle had left almost every man with some sort of debilitating tropical disease. On their return to their home base on Espiritu Santo, the unit was declared unfit for combat and would not see action again until November 1943.

Profiles for US Marine Raiders can be found in the Empire in Flames supplement. They have a huge range of weapons options, allowing them to take on any role in your army. Alternatively, as they count as a replacement option for infantry squads, you could use them as a base for your whole platoon. 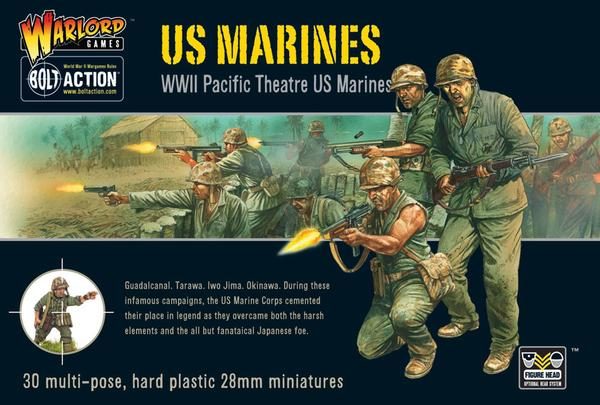 You’ll be able to create Marine Raiders from our fantastic plastic USMC box set. The models are bursting with character and each frame contains loads of different options for customising your raiders!

Tom spends most of his time buying books and painting miniatures. He enjoys putting animals on the bases of his miniatures and half-finishing side projects. Some say that he lives in a tower on top of some windswept northern hill with his wife and cow-patterned cat, Spaghetti.
View Profile | View all posts by Tom Mecredy
Warlords of Erehwon: Celts & Celt Warbands
Korean War: US Armour