The Korean war saw a crossover of WW2 era and Cold War equipment. We examine some of the US vehicles which featured in the conflict.

Though initially understrength, the inflow of allied forces, particularly heavy equipment in the form of more US vehicles and artillery, stemmed the KPA advance in Korea.

The M24 was the result of the combination of prototype components to meet a need during WWII. The 75mm gun was derived from the M6 on a Mitchell bomber. The body was developed after testing a 75mm gun on an M8HMC to test weight and space for the crew. Keeping the weight below 18 tons, with the armour being 25mm thick on the hull and 37mm thick on the turret allowed for the creation of the M24 Chaffee light tank. The Chaffee saw service in the Korean War but did not provide an ample solution against the T34/85 tanks of the Korean People’s Army. As such, it would often be assigned armed reconnaissance and infantry support roles. 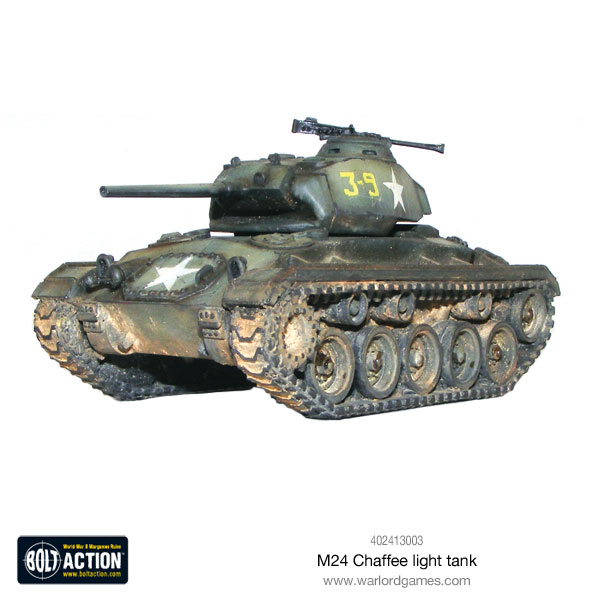 The M4 Sherman was originally fitted with an M3 75mm gun. The M1A1 76mm gun was an improvement but the turret on the original M4 Sherman was too small to take it. This led to delays whilst a new turret was designed. As well as the new gun, the 76mm version also had wet storage ammunition stowage to reduce fire hazards. Later models also used Horizontal Volute Spring Suspension (HVSS) and were designed to replace the vertical volute with tougher horizontal springs. In Korea, the ‘Easy Eight’ would be involved in nearly half of all tank on tank engagements with enemy armour. 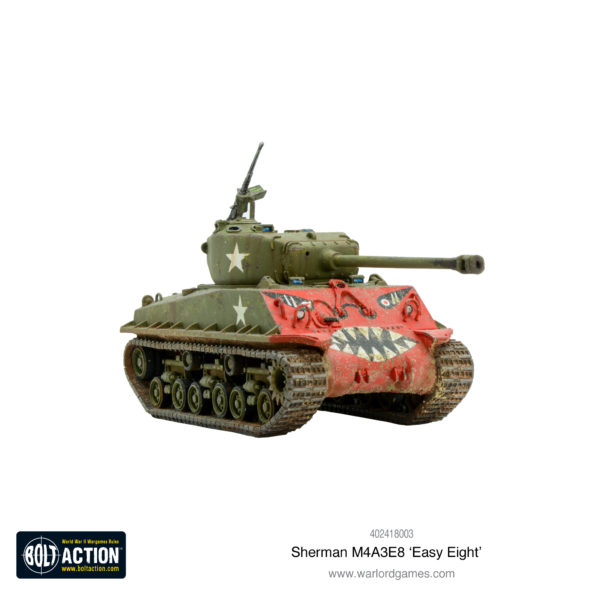 In January 1945 the first twenty M26 Pershing heavy tanks were sent to the Armoured Divisions in Europe. Towards the end of the war, the Pershing tank was used in the Pacific during the battle on Okinawa. In Korea, the Pershing tank would prove to be a master of the battlefield, far outclassing the T-34/85. The Pershing’s 90mm High-Velocity Armour Piercing (HVAP) round could punch completely through a T-34/85’s armour. In all, a total of over 300 M26 Pershing Tanks were sent to Korea. Reportedly, the Pershing performed well during the war, accounting for roughly fifty per cent of all T-34/85s destroyed. The need for armour in Korea meant that many Pershings were brought out of retirement as museum pieces to join the fight. 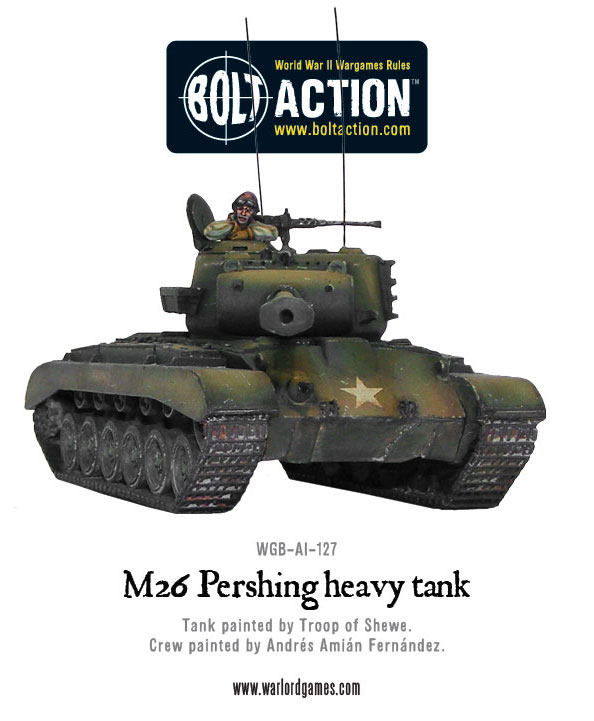 The M46 was a design upgrade of the M26 Pershing following WWII. This entered service as a heavy tank but following further armour development, it was re-designated a ‘medium’ tank by the Armaments Board post-war. This tank equalled most of the characteristics of the Pershing except an enhanced powerplant to handle the transmission and the weight of 48.5 tons. The 90mm gun was also basically the same as the Pershing with a slight upgrade. The introduction of the Patton to Korea’s battlefields facilitated the removal of some Pershings, some of which had been brought out of retirement for the conflict.

It was instrumental in holding the perimeter at Pusan and supporting the phenomenally successful amphibious landings at Inchon. However, the Korean War would be the only military actions the M46 saw, retired in 1947 and replaced by the M47 Patton. 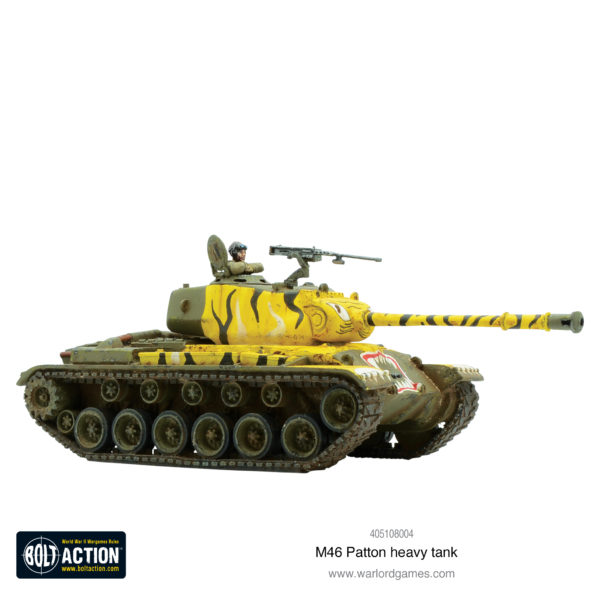 In early 1943 it was decided to look at fitting a 90mm anti-aircraft gun onto an M10 tank destroyer. The M10’s turret proved unable to accommodate the heavier, longer gun. To fit the new gun a wider turret was created resulting in the M36 GMC – named the Jackson after the civil war general by the British. It fared well against the Soviet T34s in the Korean conflict. 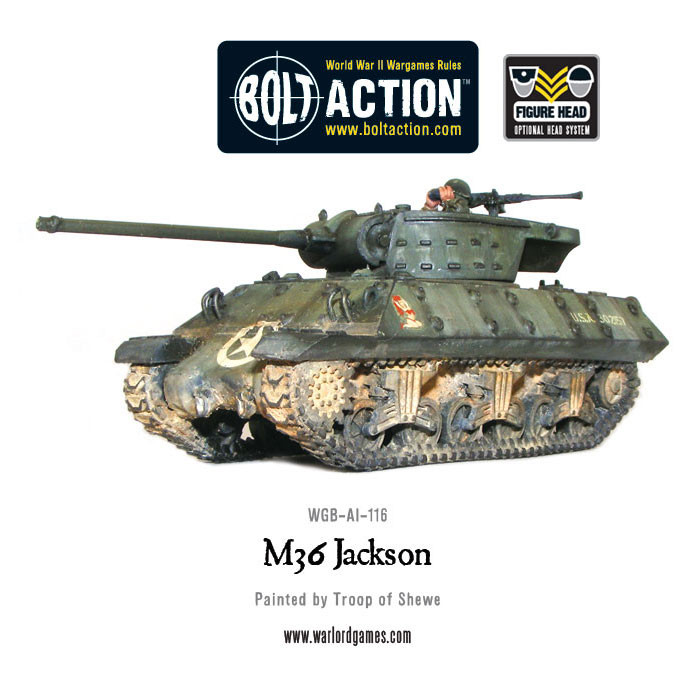 The M3 half-track vehicle was still in use by several nations at the outbreak of hostilities in the Korean War. It was ten inches longer than the M2 and had an access door in the rear, unlike the smaller half-track. The M3 was conceived as a troop transport from the start with seating for a full rifle squad. Its HMG was fixed to an anti-aircraft or pedestal mount for defence against aerial attack. This was later replaced by a ring-mounted HMG above the passenger seat (M3A1).

The Korean War would be the last time that the M3 was used extensively. Doctrines thereafter evolved more towards the use of armoured personnel carriers (APCs) and infantry fighting vehicles (IFVs). 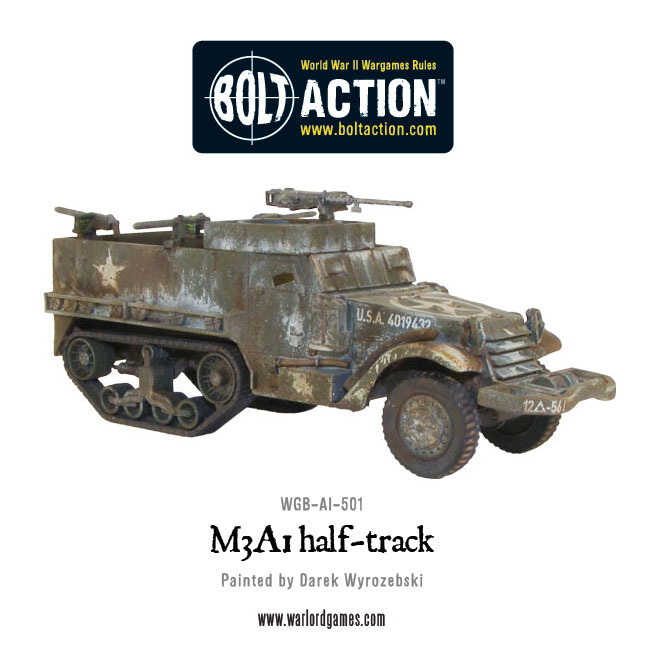 Built on the chassis on the M-18 Hellcat, the M39 was designed during the later days of WWII. Though, it didn’t see combat action until the Korean War. This armoured utility vehicle was used as a prime mover for 3” guns. In Korea they were used as cargo carriers and personnel carriers, and played an often vital part in the defensive battles of the later stages of the war, allowing reinforcements to reach the frontline or troops to be evacuated from vulnerable outposts. 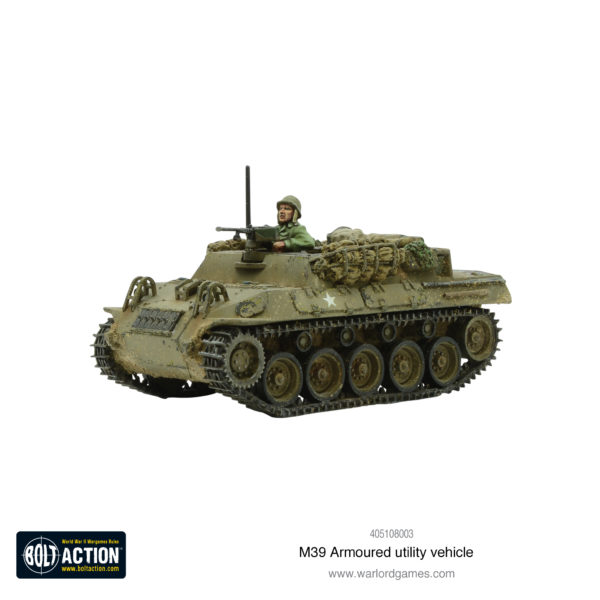 The famous ‘Duck’ of WWII would make another combat appearance in Korea but not to the same extent as in the previous war. Primarily used in training troops in amphibious landings, the DUKW was used during the Pusan campaign to bring additional supplies to shore and then later, the DUKW was be used in one final combat effort at Inchon. 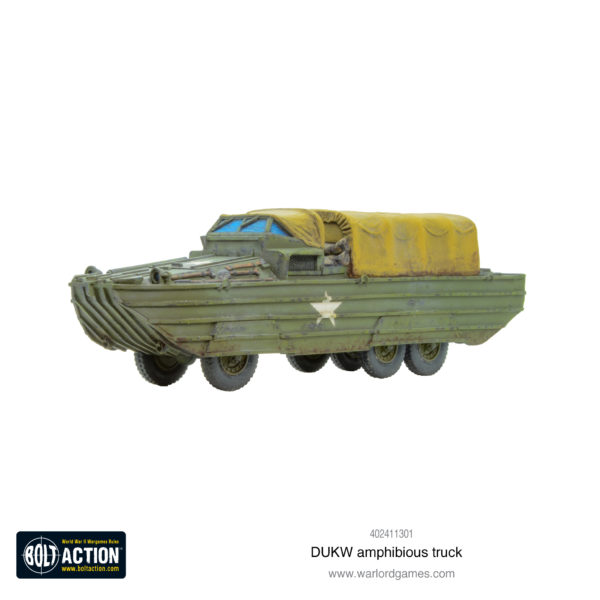 Dan can often be found contemplating the mound of unpainted minis building up under his desk. He has a tendency to roll lots of ones. He also has a tendency to complain about rolling lots of ones.
View Profile | View all posts by Dan Hewitson
Carlson’s Long Patrol: the Jungles of Guadalcanal
The Magic of Mythic Americas