Following on from an article on building the battlefield for the Portinhoikka-crossroads, Juha Nieminen from Mentor On Miniatures takes a look at his recent battle for Tali-Ihantala! 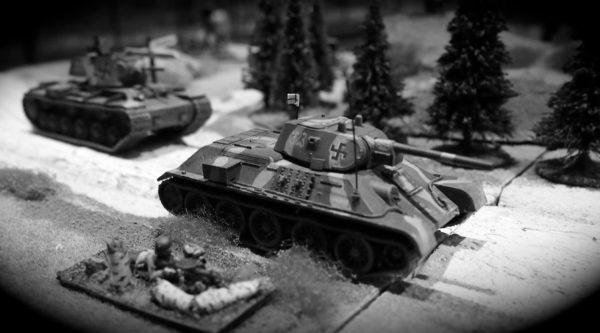 I choose armies to collect and paint for many different reasons. There are some favourite themes, like the US Army and Marines. Another reason is, of course, the time period and theatre, my friends in our club tend to agree some theatres before we start, just to make sure we have enemies for gaming. But since I’ve been collecting and painting for two years now, most of the periods tend to be covered at some level.

And since I’m a historically oriented painter, I try to be as correct as possible.  So, when I choose to make the Tali-Ihantala display table, the Finns were a no-brainer since it was one of the most crucial battles for us Finns during summer 1944. 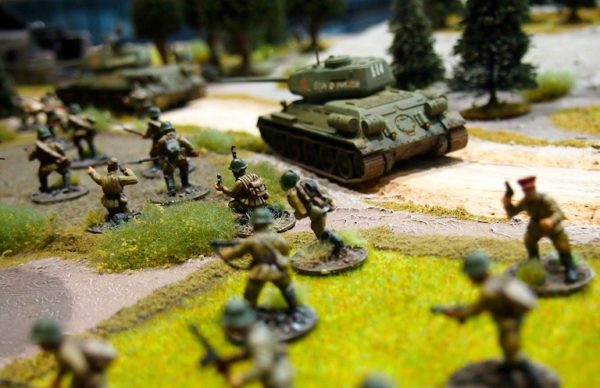 Maybe you have been following my Tali – Ihantala gaming table project. Finally, the table was used for the purpose it was made for. A little while ago there was a hobby convention Suuri Snadi (which translates Big Small). 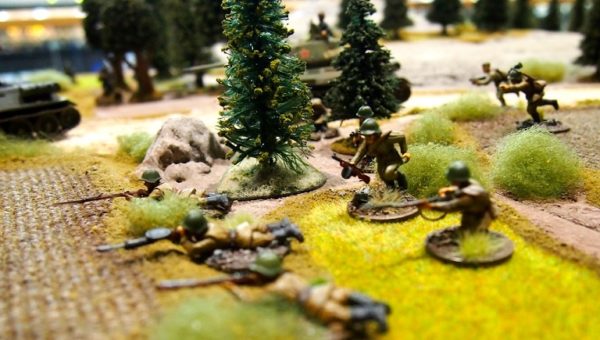 There were all sorts of scale hobbies on display, doll houses, scale models, model railroads and modelling competitions. Among all that our Club put up few demonstration tables and my Bolt Action table was one of them. 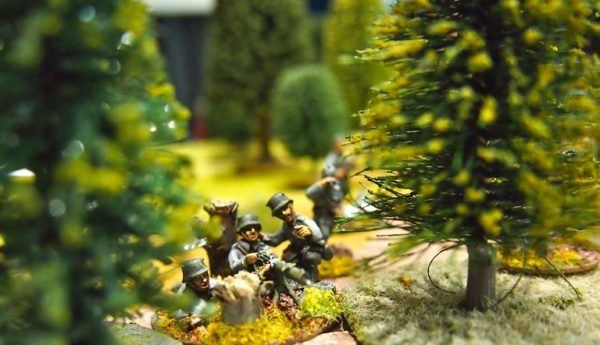 From late summer until now, I painted a bunch of Finnish troops and tanks and made final touches to the table just before the show. Then I borrowed Russian troops and tanks from club mates and all was set for a fantastic day. 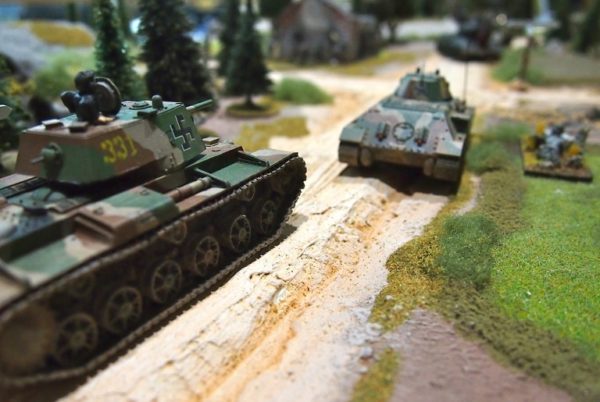 Finnish armoured division tanks at the point of the advance. 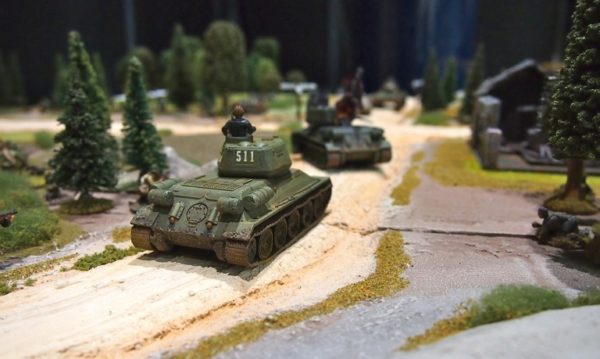 Russian armour on the Karelian road. 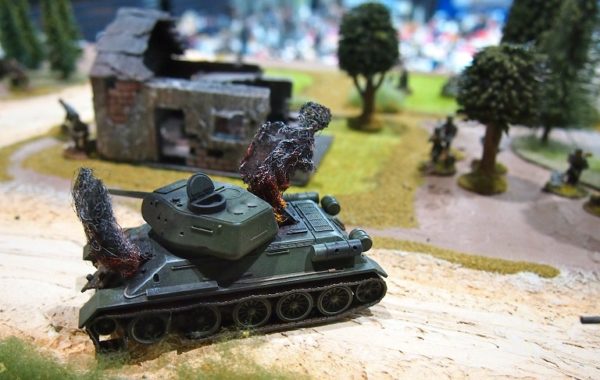 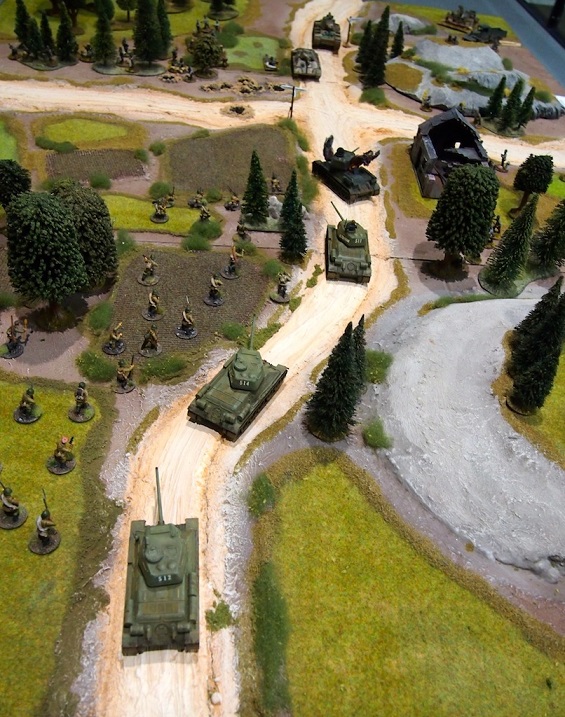 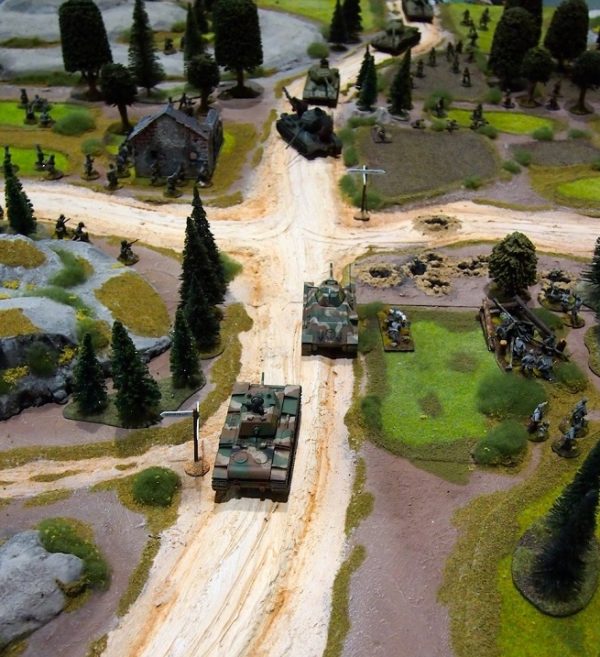 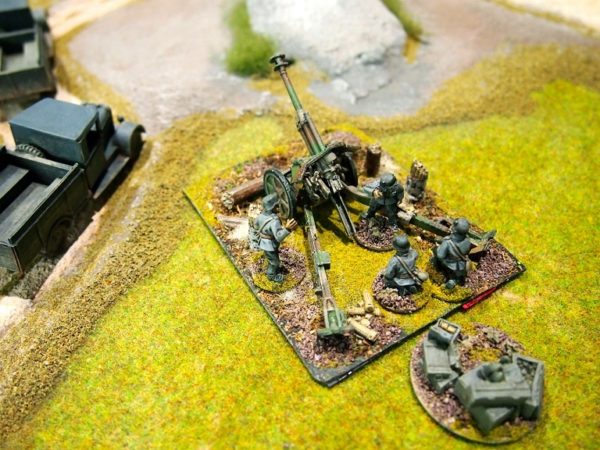 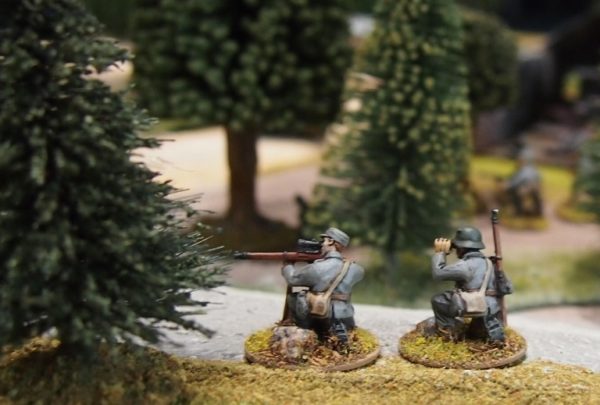 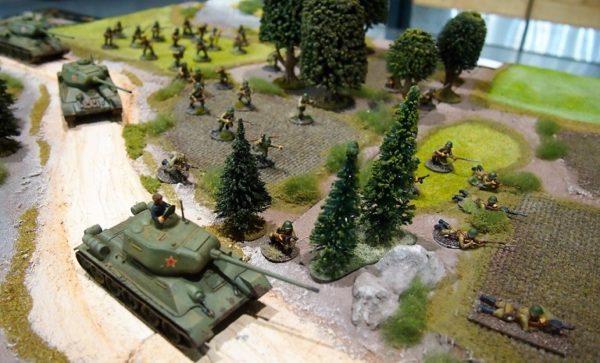 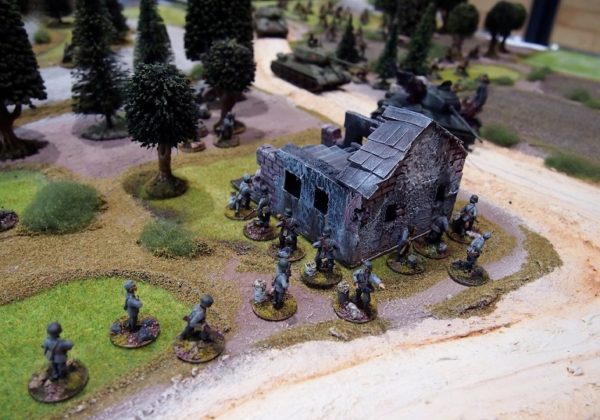 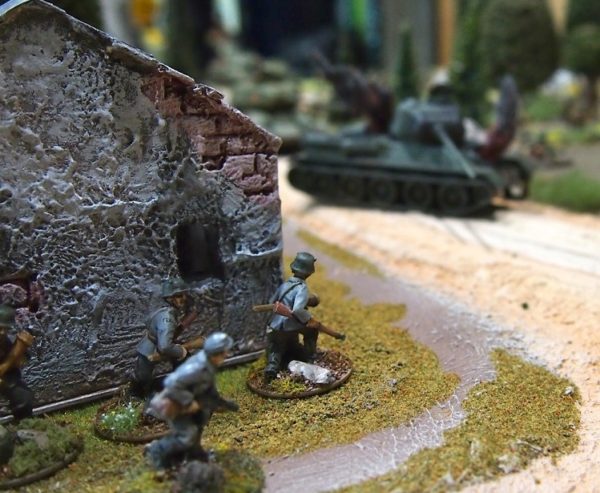 One down, more to go.

Finnish rifleman in his element. 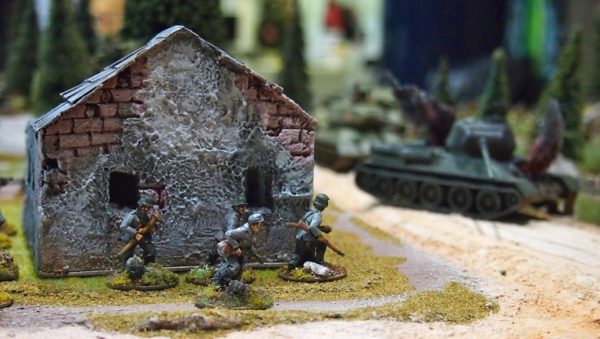 Attack finally stopped for a while… 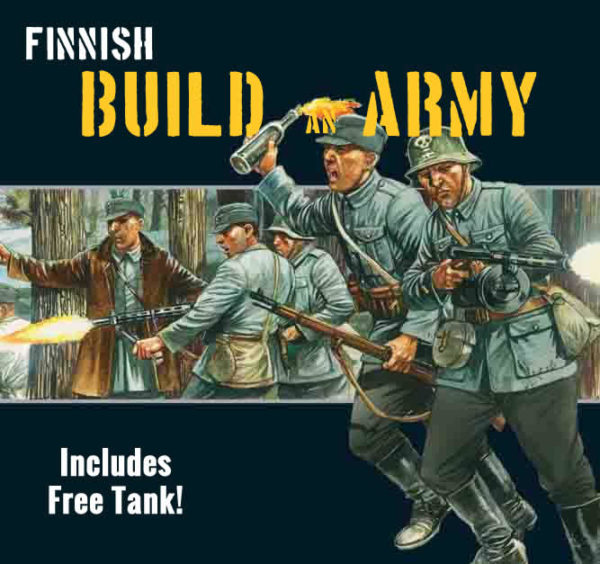