In our effort to bring you the best content possible here on the Warlord website, we’ve had some of our recent releases painted by far-too-talented painters. Feast your eyes on these bad boys!

First off we have Raus! Dismounting Panzergrenadiers by Darren Linington. As with all Warlord miniatures these have bags of character, dynamism and tell a story of their own. 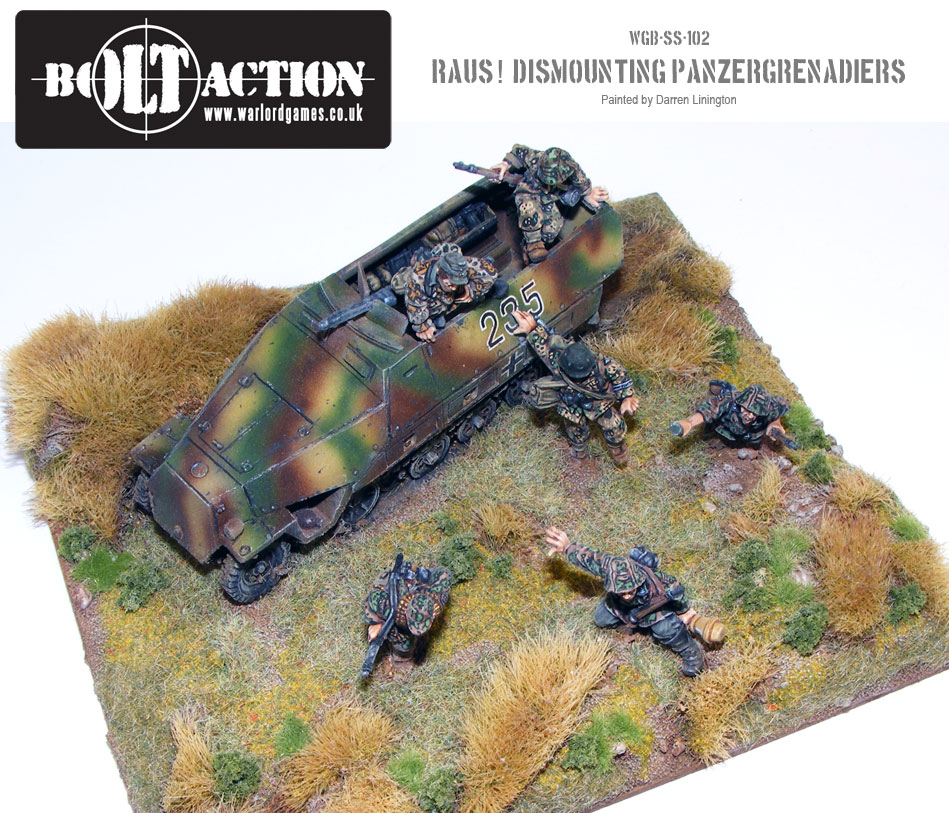 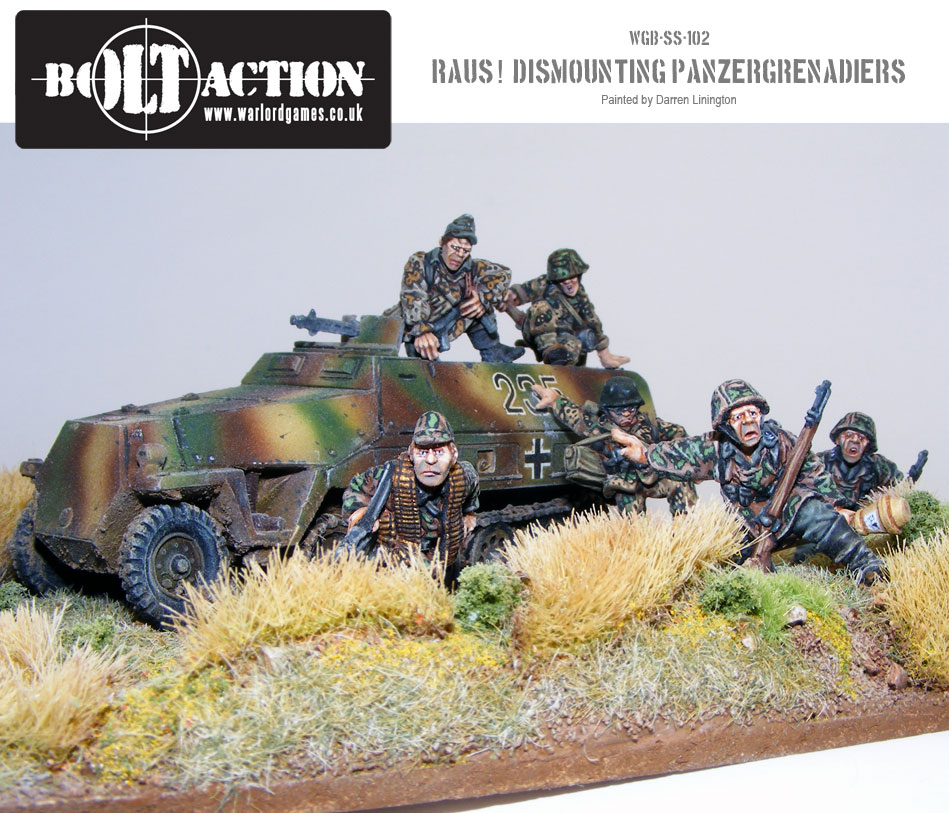 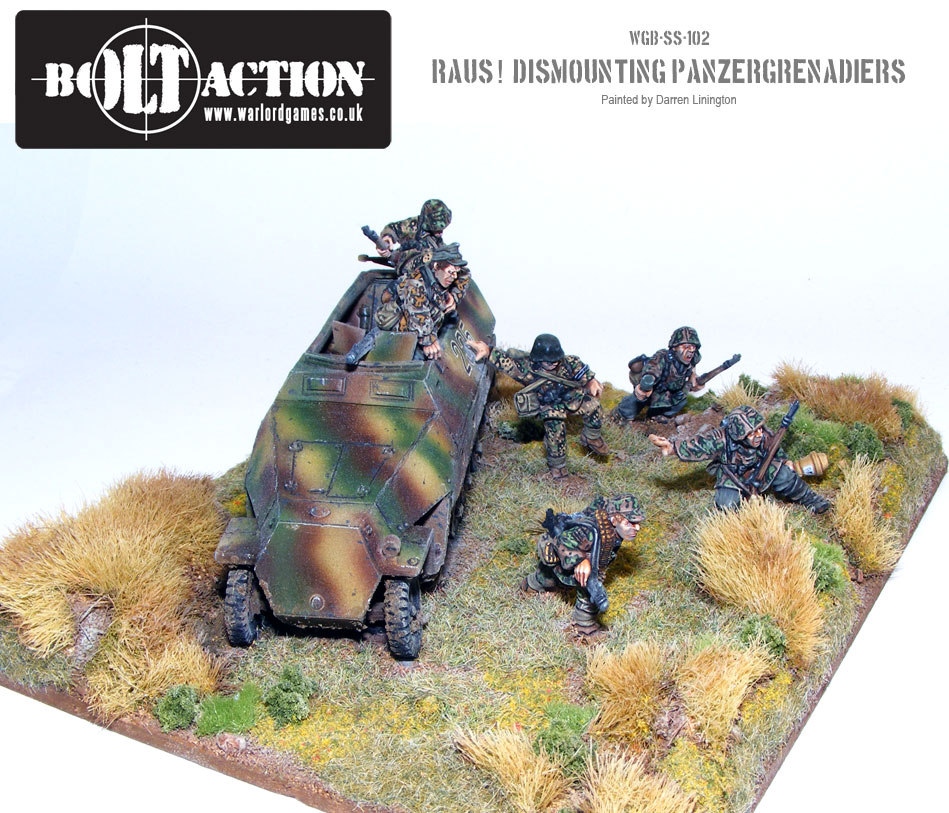 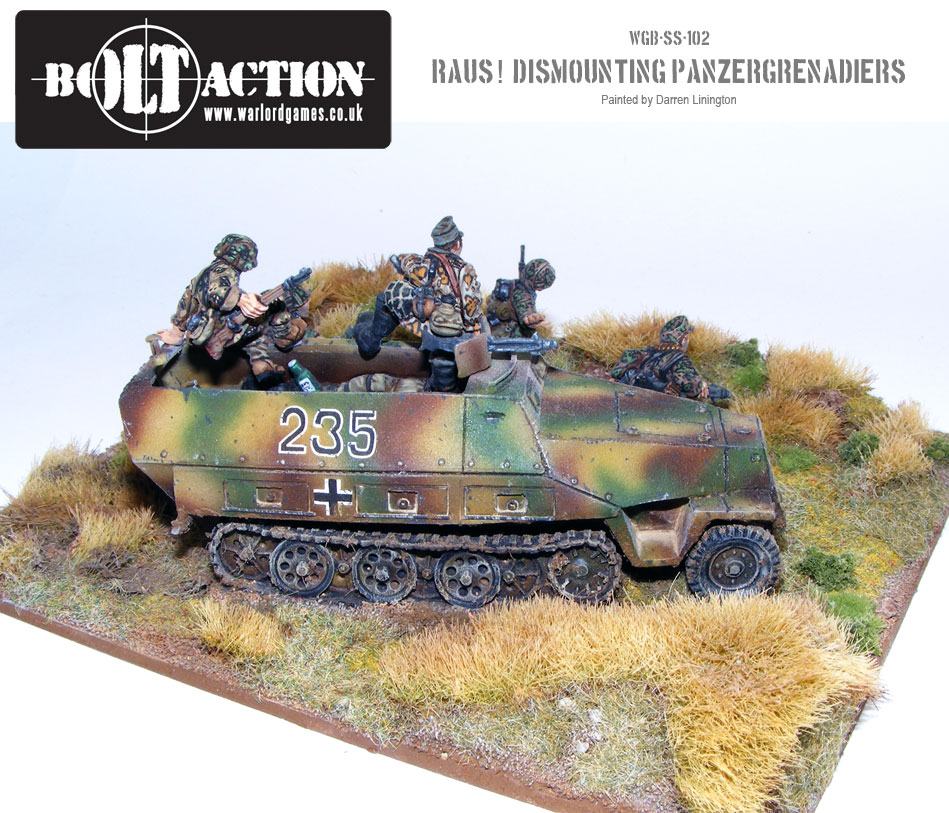 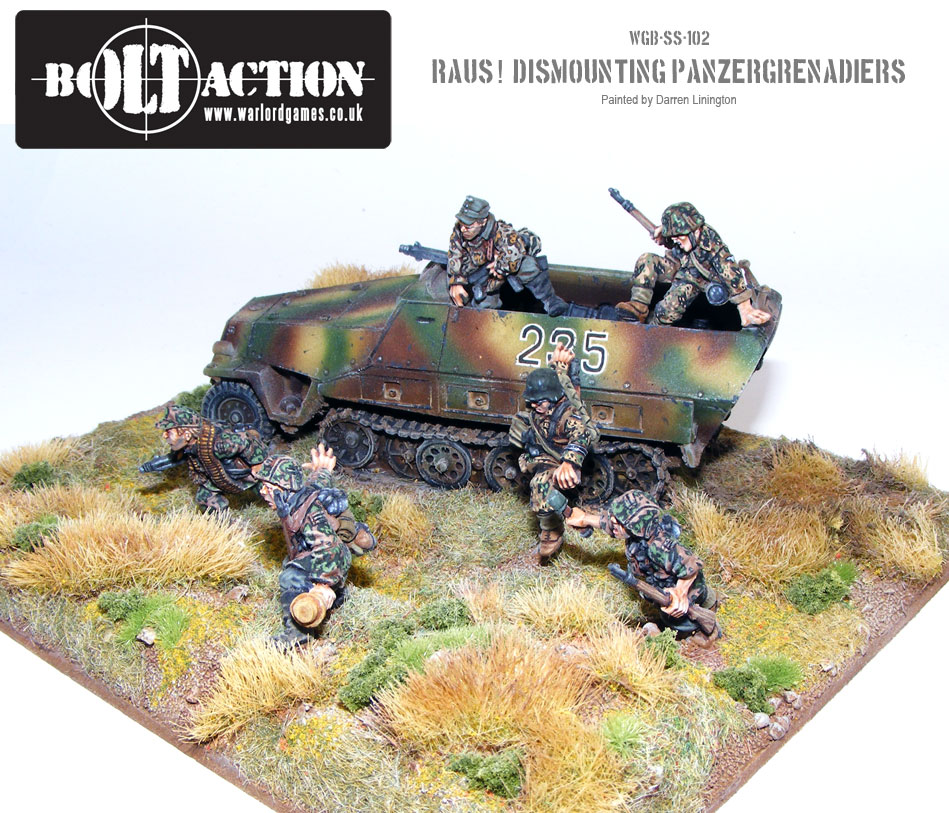 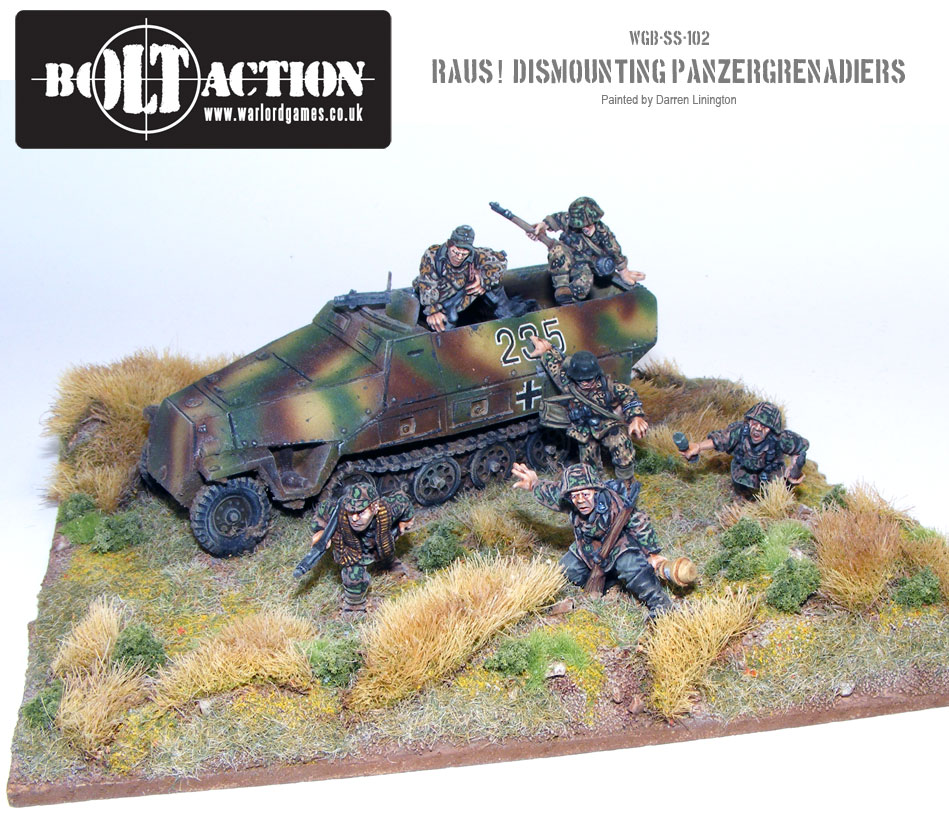 Keeping along with our German theme, Troop of Shewe has done Viktor Grabner’s Captured SS Humber. Still retaining it’s original British colour scheme and vehicle name the British markings have been hastily painted over and high visibility German crosses added. Look at the mud and weathering on this vehicle – stunning!

SS-Hauptsturmfuhrer Viktor Grabner was commander 9th SS Reconnaissance Battalion and was well known for his use of a captured Humber – he used it in Normandy and later at Arnhem in he’s ill-fated attack on Arnhem bridge. 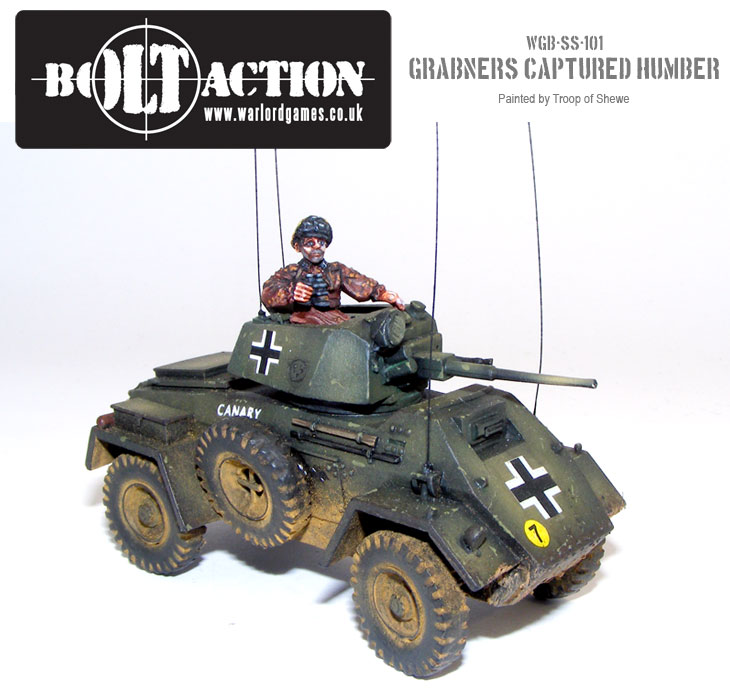 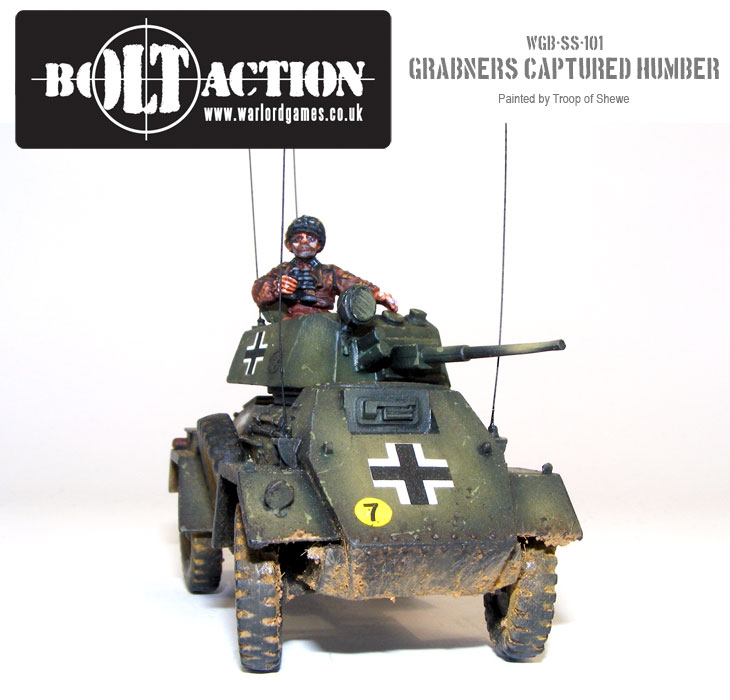 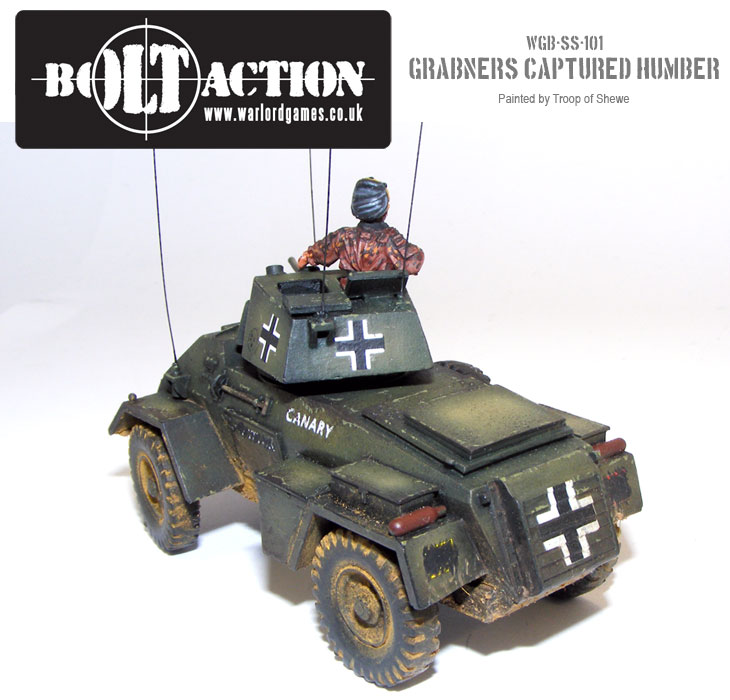 Finally, for those who prefer things of an Allied persuasion Troop of Shewe has painted this exquisite British Centaur Mark IV for us. Just have a look at the ranging markings on the turret. We defy anyone seeing this paintjob not to want go out and buy Bolt Action Royal Marines and Centaurs to hit the beaches at Normandy with: 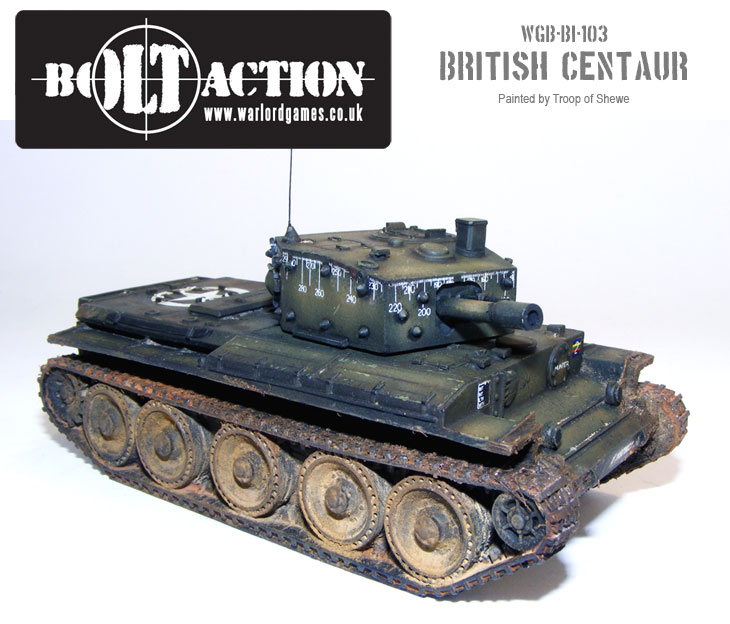 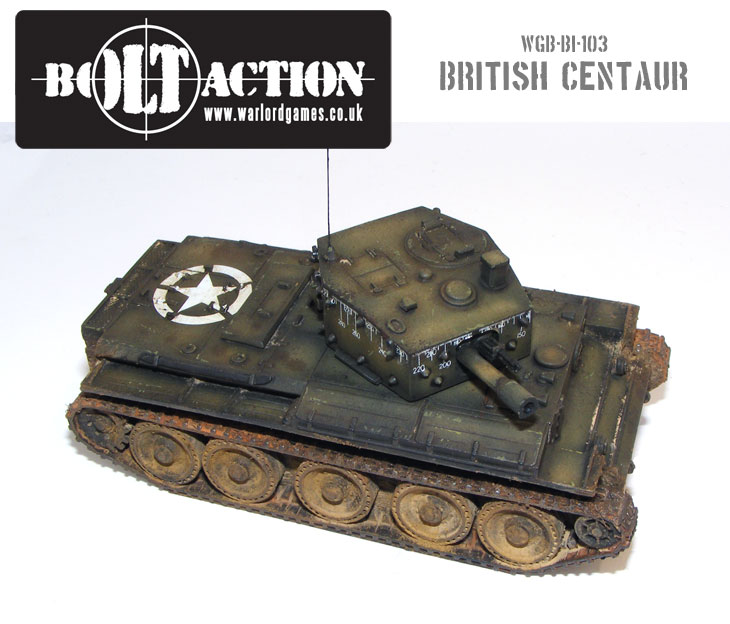 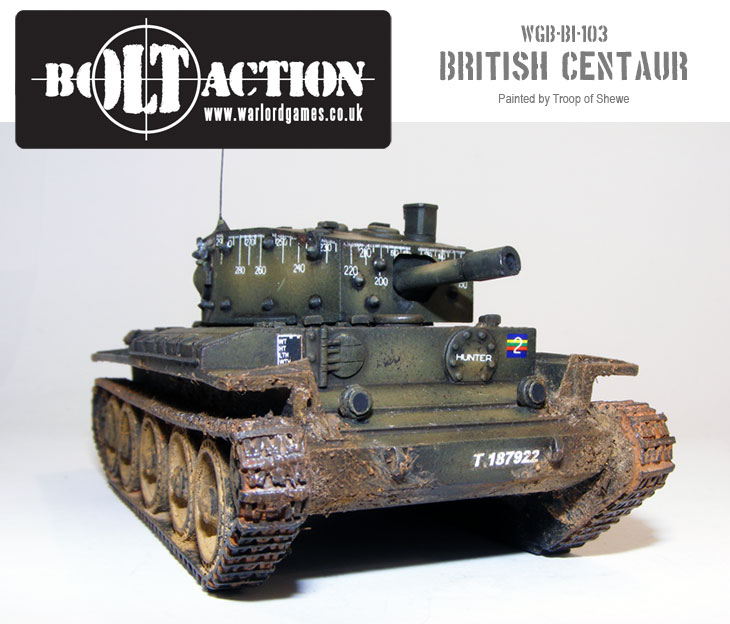 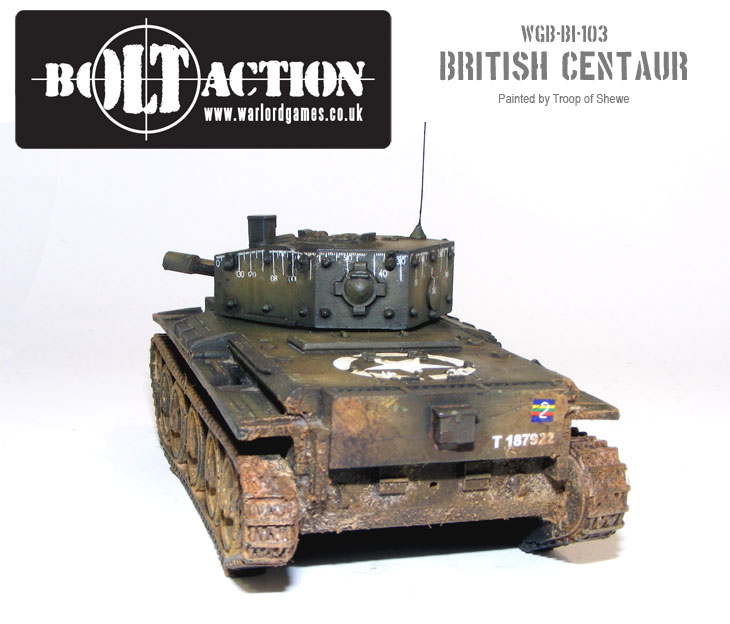 Finally, our own Paul Sawyer has painted up what is proving to be a surprisingly big selling pack – Dead Livestock.

Paul has painted the bovines to reflect Normandy cows as they are such an iconic image of the war in 1944 although you could cheerfully use them on any battlefield as livestock are often the unwitting collateral damage in man’s conflicts. We’ve even had gamers buying them for post-apocalytic zombie games! 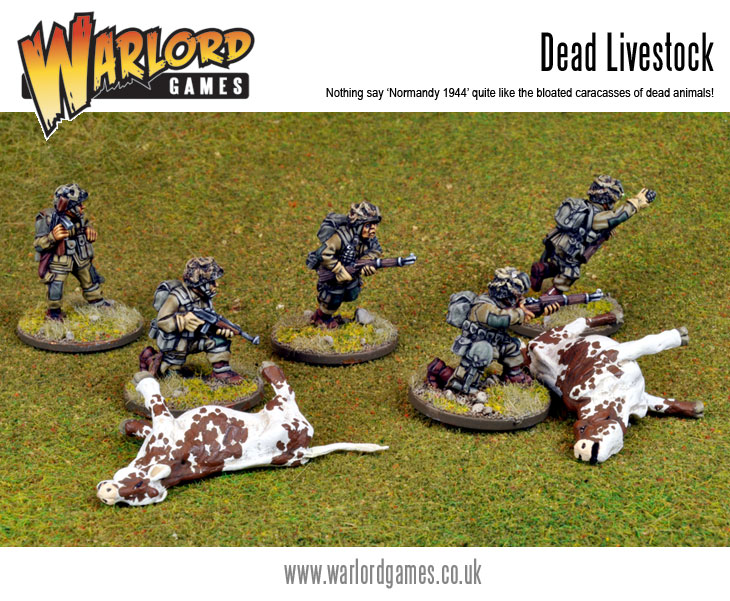 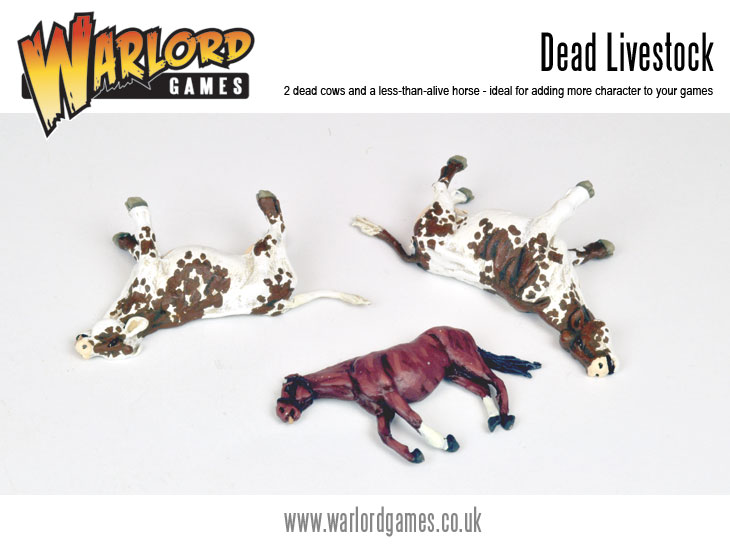 All of these great miniatures can be found right now in the Bolt Action section of the Warlord webstore. Get painting and show us your work on the Warlord forums!