As if we haven’t given you enough to get painting for your Pike and Shotte armies in the last few weeks, we’re proud to announce that we’ve added some heavy artillery for your forces to the webstore with the Pike & Shotte Mortar: 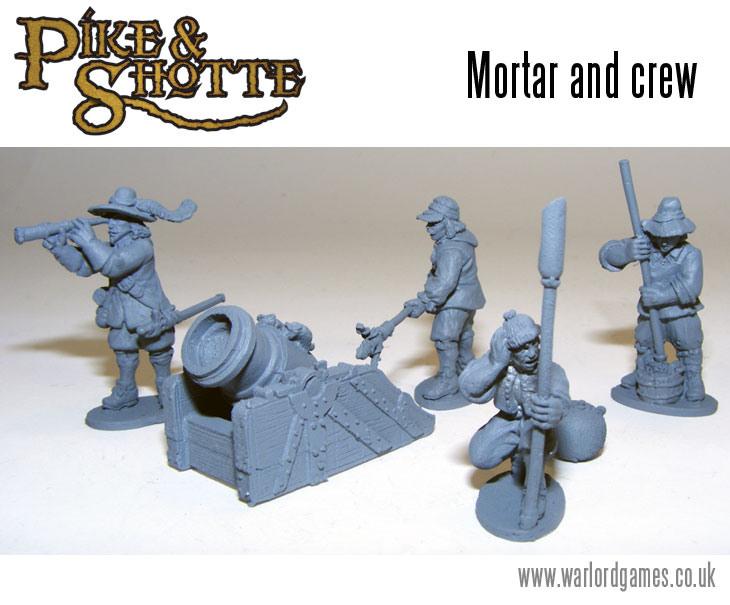 There were few more terrifying weapons in the 17th Century than the fearsome blast of the mortar bomb. Employed largely at sieges, mortars spat their fizzing, hissing shells high into the air clearing the tallest walls or towers to crash into streets or houses below before exploding in a shattering blast. They terrorised garrisons and townsfolk alike, sometimes leading to the civilians petitioning the city’s governor to surrender and avoid any more damage. 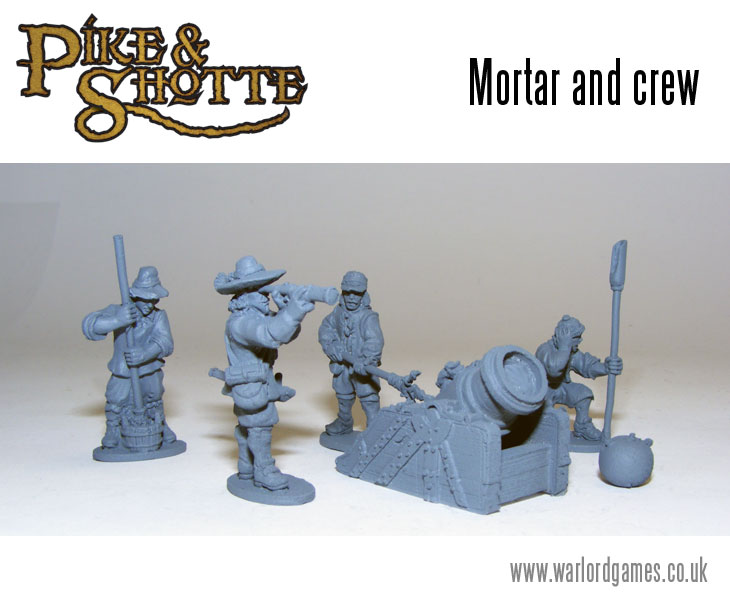 Rarely used in the field, mortars needed a skilled crew to set the fuses, and lob the shells accurately without blowing themselves to kingdom come! Perhaps a Master Gunner could be useful…. 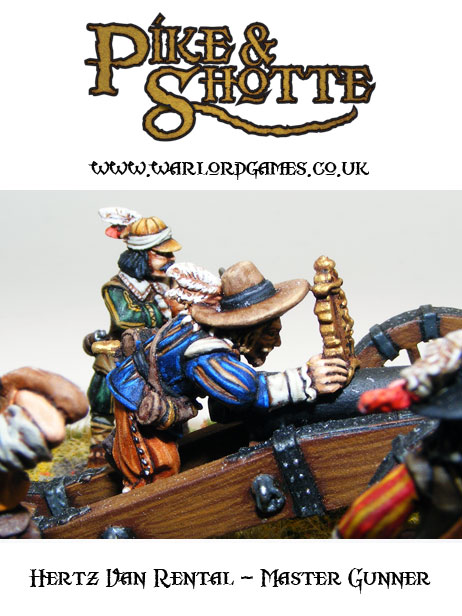 Both the Pike & Shotte Mortar and Master Gunner (in the Specialists pack) are now available for purchase in the Warlord webstore.