Available today is the Soviet T-34/ZP as it blasts its way through onto the field!

In the north, the Soviets maintain pressure on the Germans with fighting heaviest around the embattled city of Warsaw. The intensity of the fighting effectively renders the city uninhabited, but its symbolism as Poland’s capital means neither Hitler or Stalin will let the other seize it. In a smaller rerun of Stalingrad, the opposing armies settle in to a brutal close quarter battle. 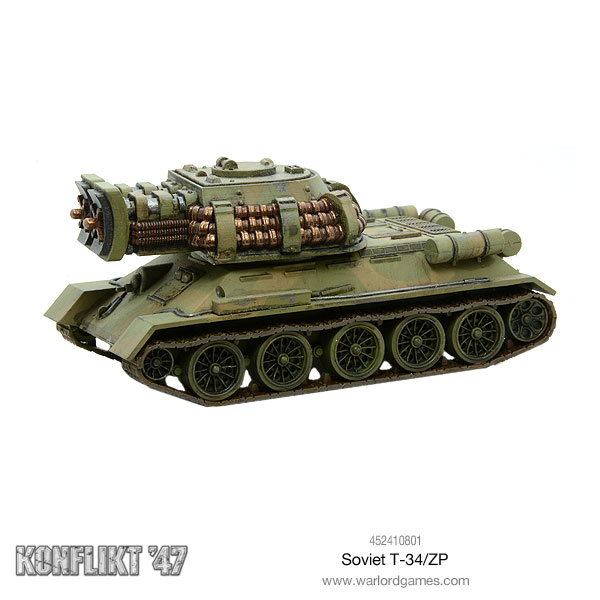 The T-34 was one of the best medium tanks pre-rift but now as most of them lie in ruins, the need for the armour symbol of Stalin has made a return. Using the ever so reliable chassis of T-34, rift scientists outfitted a new breed of tank by creating the Zvukovoy Proyekor. Blasting entire platoons on sight the T-34/ZP with its shockwave ensures it remains the ruler of the medium tank class. 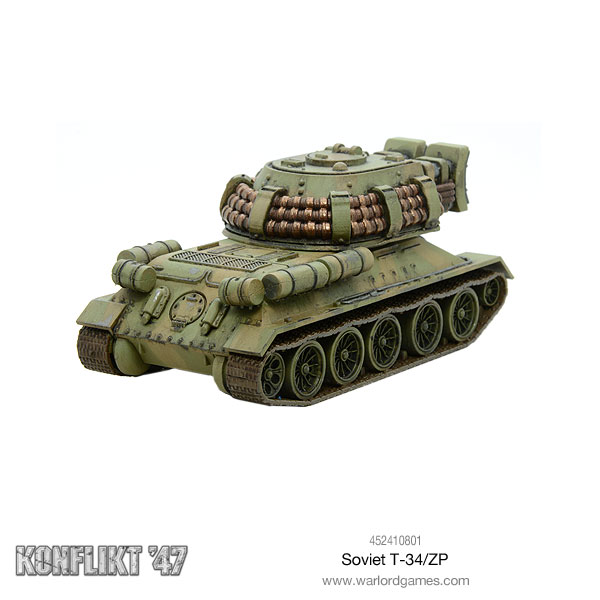 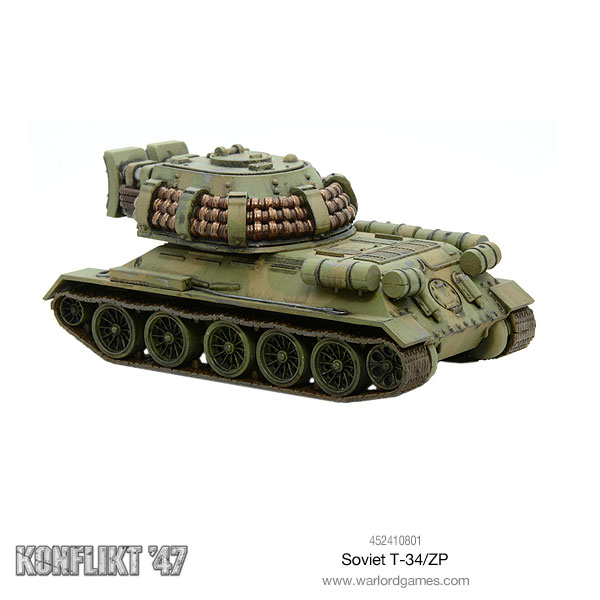 Being one of the best medium tanks of its era and quite cheap in terms of comparison you can easily field three using these Tank War rules for Konflict ’47 (check out this article). If you plan to use 3, you can make a kill team running through the centre of the battlefield combining their shockwave to maximum effect, this allows your troops to move up and flank or overwhelm the enemy. If you are only using one, park it on a high priority target, it will take some force to push it off. 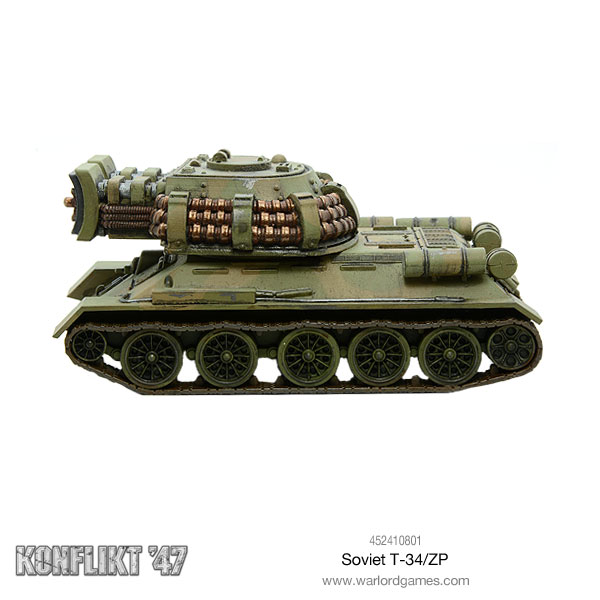 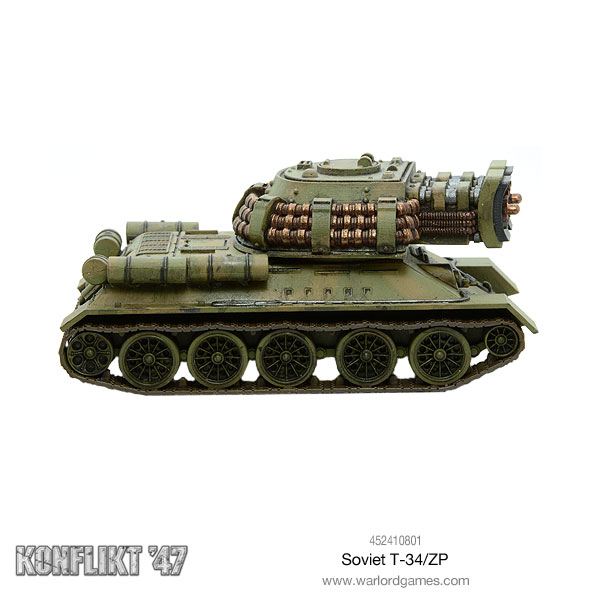 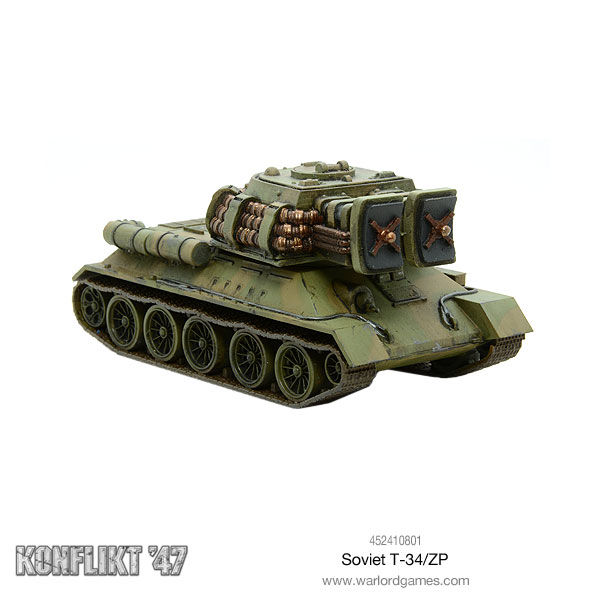 Double up and reinforce your Konflict force! 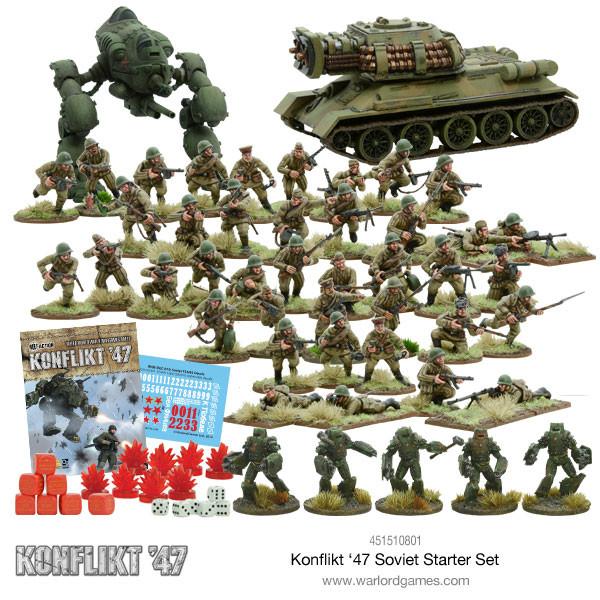 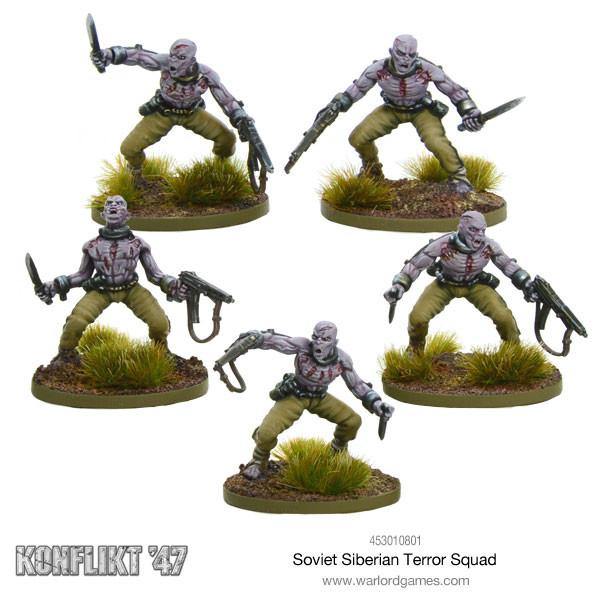 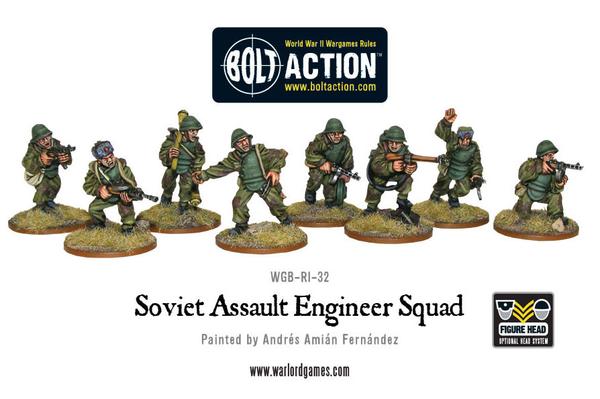