Ghar who displease their leaders might be lucky to become outcasts, slaves whose lives are to be expended in any way their superiors choose. 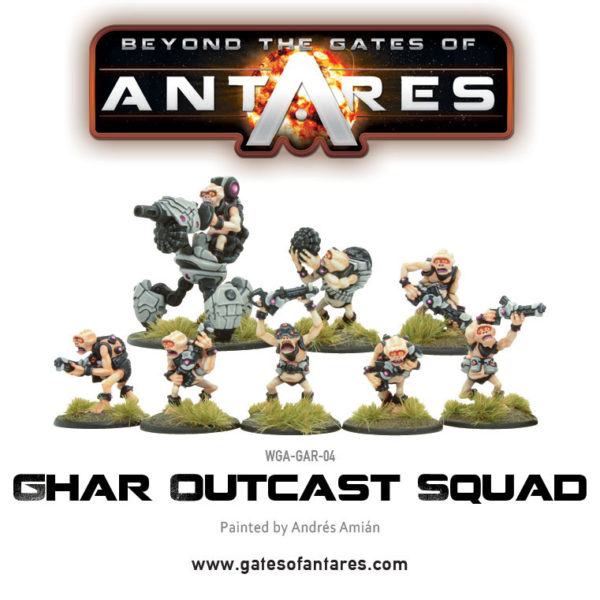 Ghar Outcasts are the lowest of the low in Ghar society and possibly even lower than that. They have been robbed of any status amongst their kind and condemned to undertake the most menial and dangerous of tasks. Fighting as an Outcast is a sentence that few survive and even fewer escape from to regain their former lives.

Outcasts are equipped with crude Lugger Guns – exceptionally primitive, automatic weapons that shoot crude bullets using a volatile and unreliable chemical propellant. Such basic weapons are practically unknown in the rest of Antarean space – and though they are not ineffective at close range, in the hands of Ghar Outcasts the chances of hitting anything are slim. This is countered by the low life expectancy of the Outcasts – so the emphasis is to arm them with cheap, expendable weapons to match their cheap, expendable status in Ghar society.

The squad my also be augmented with the inclusion of a Disruptor Cannon – a light support version of the weapon carried by Ghar battlesuits mounted upon a smaller powered walker. The Disruptor Cannon uses the core cannon from the centre of a Scourer array and gives the surrounding Outcasts a chance to face enemy troops on something closer to an even footing. 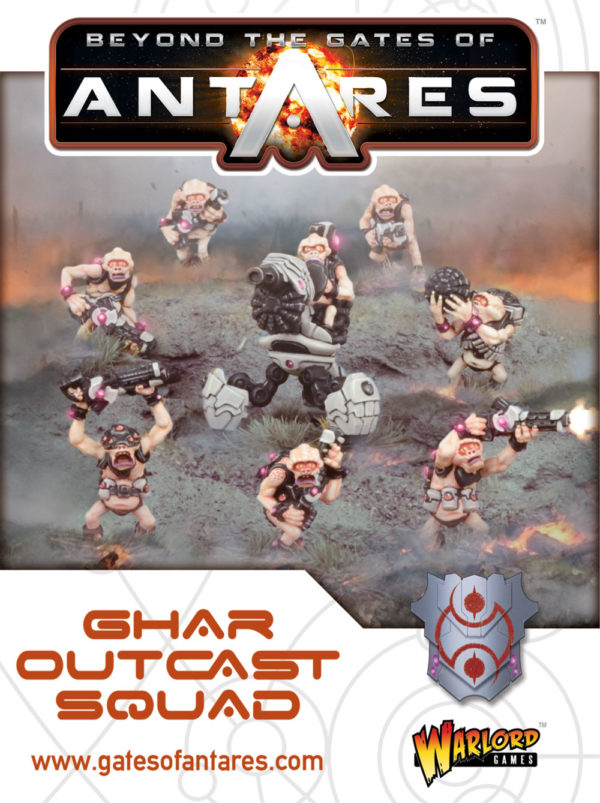 It is generally understood that desperate outcasts would sometimes take to their heels and hide away, forming little bands of desperate brigands, living in hope that their masters would somehow forget about them. Sadly they very rarely do. Such runaways would usually find themselves betrayed from amongst their own, typically in return for a cushy job as a slave driver or as a supervisor in the dismal armaments factories of Gharon. 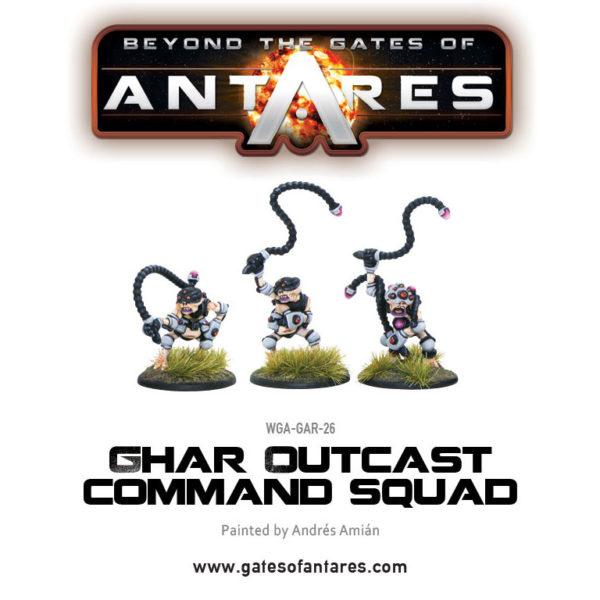 Such is the Nature of the Ghar that even Outcasts continue to value power, still rating their status in terms of the number of other Ghar who must answer to them. Betrayal can advance even the lowliest Outcast and if they’re lucky they may receive their own maglash and become a slave driver, a leader of sorts, to those unfortunate Outcasts beneath them.
The Outcast Maglash is a short ranged magnetic impulse weapon that can also be used in hand-to-hand fighting after the fashion of a whip. They’re not an especially common weapon amongst Antarean space, as most factions consider it unnecessarily cruel and barbaric. The magnetic field can be extended, allowing a skilled user to ‘throw’ a burst of energy a limited distance. 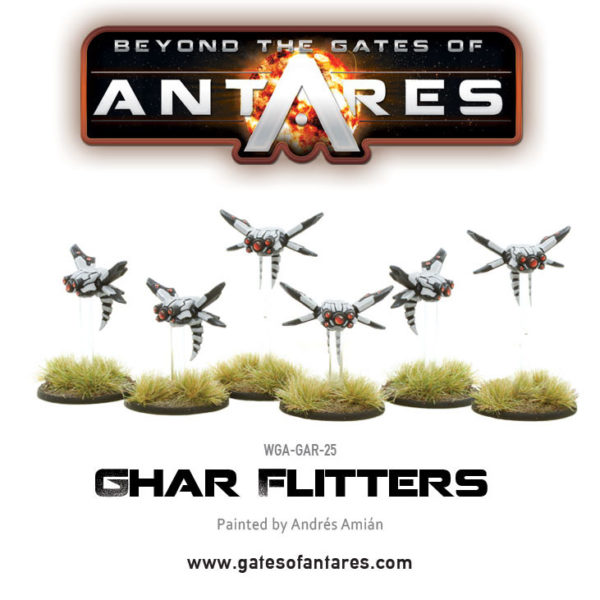 Ghar Flitters are not probes in the same way as those of advanced Antarean societies such as the Concord. Flitters are tiny fragile ﬂying cameras with mechanical wings a little like a bat. They ﬂy in a jerky, irregular manner and are attracted towards movement, but are not even remotely intelligent machines. They broadcast pictures that can be picked up by Ghar battesuit and vehicle interfaces, giving Ghar troops a glimpse of the battleﬁeld from the ﬂitter’s perspective.

This set contains a 30 point Flitter Squad and includes:
• 6 Flitters 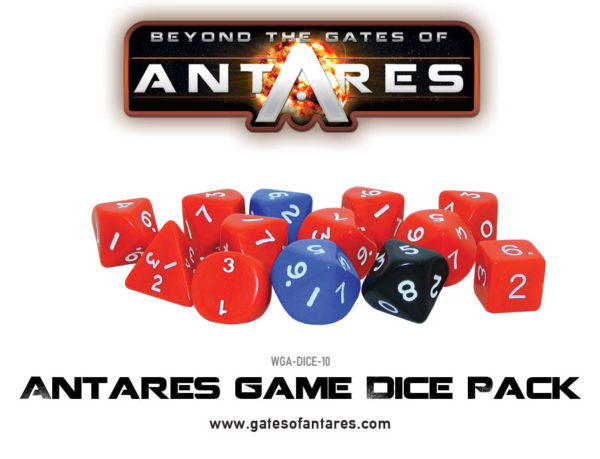