Hungary raised and deployed two Armoured Field Divisions, one mechanised Cavalry Division, and eight Assault gun Battalions. The Carpathian Army Group was sent as the initial contribution to the German’s Operation Barbarossa. This unit contained the most battle-ready forces the Hungarians could muster, formed with the 1st Mountain Brigade, the 8th Border Guards Brigade, and the Mobile Corps with its Toldi light tanks and Csaba armoured cars.

After the invasion the 2nd Army was mobilised and sent deep into the Caucasus, holding the flank of Stalingrad where it was destroyed on the banks of the Don River in the winter of 1942–43.

Having reformed into one of the most modern fighting forces the battles of Debrecen and Tordá were to be the finest hour of the Honvédség. After the disaster of the siege of Budapest, the Hungarian 3rd army continued fighting on to the end, withdrawing into Austria, and surrendering to the US forces there. 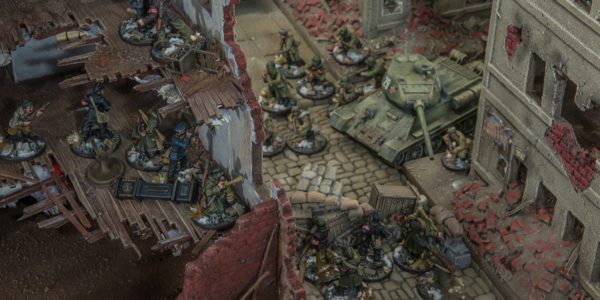