The exploits of Combeforce are straight out of a Commando comic. A hell-for-leather drive across the desert, to block the retreat of a whole Italian army!

Following their disastrous invasion of Egypt in December 1940, the Italian army was in full flight. Their fortified camps at Nibewa and Sidi Barrani had been overrun by courageous Commonwealth troops, supported by the mighty Matilda II infantry tank.

Despite the courage of the elite Bersaglieri and Italian regulars, they were completely outclassed technologically, their tanks and anti-tank guns were unable to match the British armour in the field.

Forced onto the defensive after yet another defeat at Tobruk and Derna, the Italian 10th Army attempted to retreat and regroup before launching another offensive.

Raised at very short notice by Lieutenant-Colonel J.F.B Combe, Combeforce was an ad-hoc combined arms formation, mounted exclusively in wheeled vehicles to speed their crossing across the Libyan desert sands. Combe was ordered to cut 10th Army’s retreat – his plan was to get ahead of their main line of retreat and cut the road, stopping the Italians in their tracks.

To achieve this goal, Combe gathered several squadrons of armoured cars from 11th Hussars, the King’s Dragoon Guards and an RAF detachment, augmenting the light vehicles with truck-mounted infantry from the Rifle Brigade along with 6 25-pdr artillery guns and some portee’d anti-tank guns from the Royal Horse Artillery. 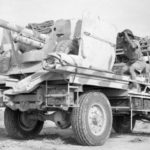 A portee describes a truck with an anti-tank gun mounted to the bed, in such a way that it can be easily removed and fired from the truck. 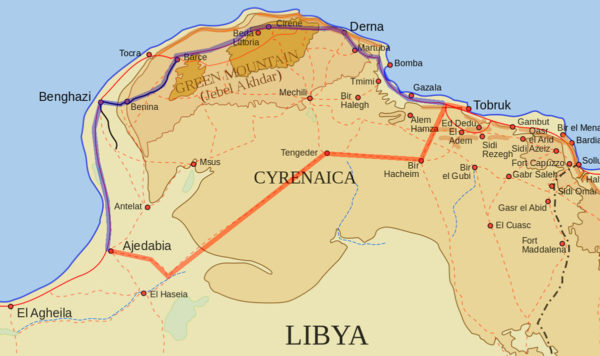 A map showing Combeforce’s area of operations – with the two main roads marked – the Via Balbia (Blue), and the Tobruk-Ajedabia road (Red)

Following their defeat at Derna-Mechilli, the Italian army was falling back across the desert towards the town of Ajedabia. Combeforce managed to brave sandstorms and freezing winter weather to establish a roadblock at Beda Fomm, just outside of Antelat.

Using his artillery and anti-tank guns to great effect, Combe stalled several attacks by the veteran Bersaglieri, who were forced to attack piecemeal while their equipment was brought to the head of the retreating column.

Despite their valiant sacrifice, elements of the 7th Armoured Brigade and 7th Support Group came up on the Italian flank and forced an Italian surrender. The area surrounding Beda Fomm had become a 15-mile line of destroyed or abandoned vehicles, along with most of 10th Army’s remaining equipment.

Following the surrender, the British took 25,000 Italian prisoners, spelling the end for the unfortunate 10th Army.

The exploits of Combeforce and the battle of Beda Fomm can be recreated by playing the Fox Killed in the Open scenario on Page 23 of the Campaign: Western Desert book. 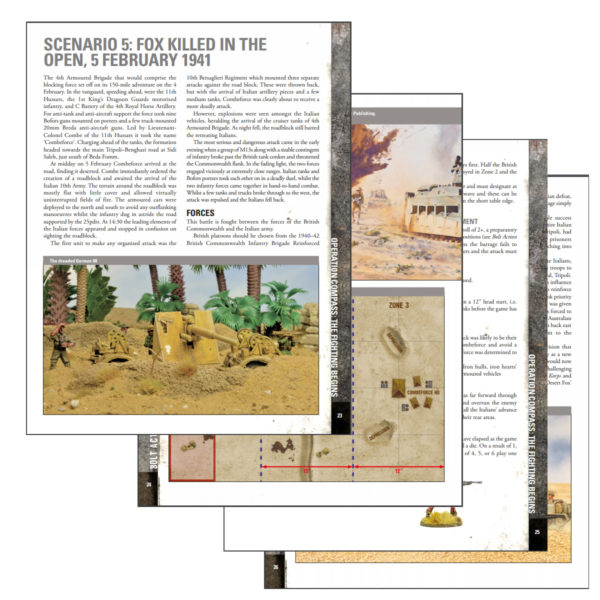 Playing as the Commonwealth, you’ll be using the 1940-1942 British Commonwealth Infantry Brigade selector, with the added bonus of being able to swap your tank choices for more 2pdr portees.

Digging in with a few infantry squads, supported by static and mobile anti-tank guns is the way to play this scenario, perhaps with a fast-moving armoured car and carrier-mounted infantry as a mobile reserve or for rapid counter-attacks.

Pick up some sets of Commonwealth Infantry and the new 8th Army 2-pdr and build your flying column! 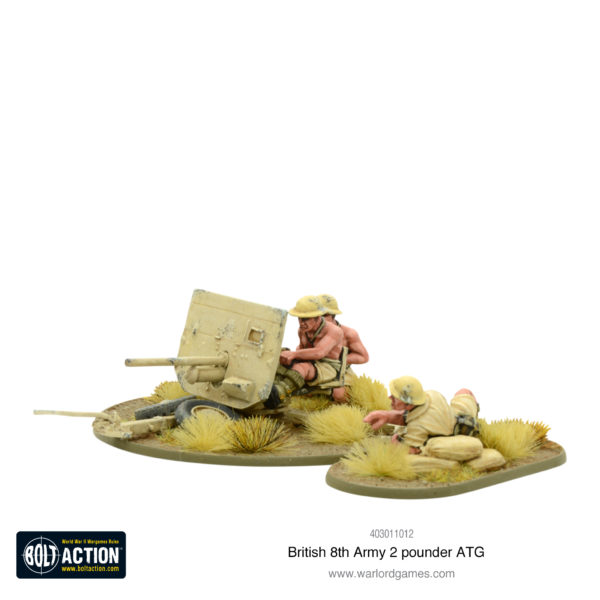 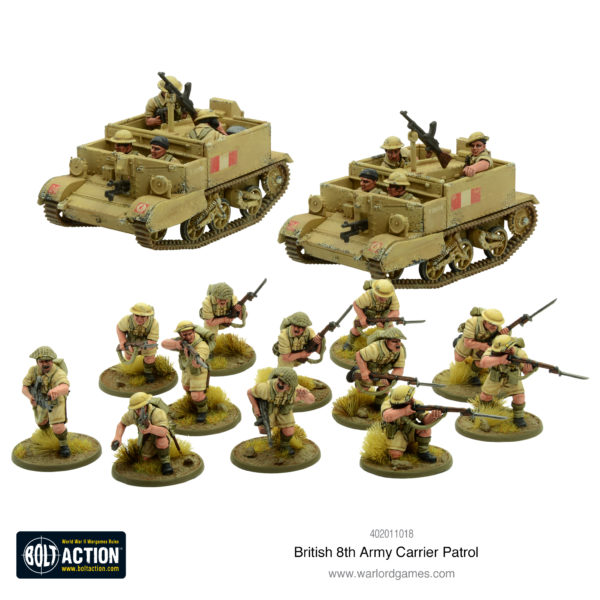 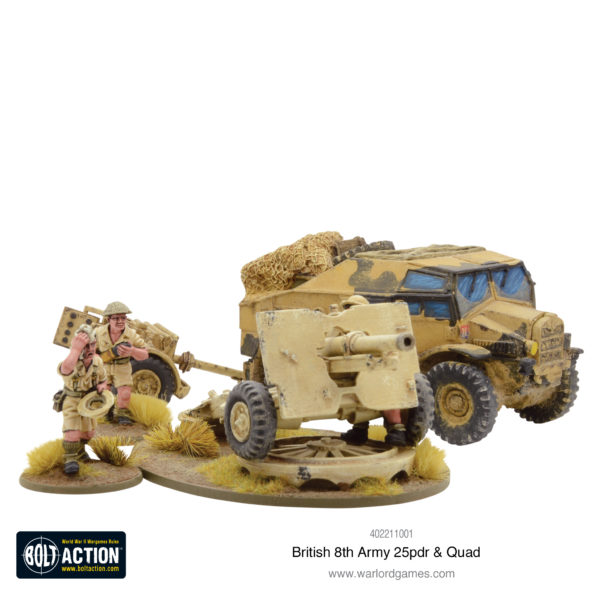