Super-fast painter Andrew Chesney shares his methods for getting your forces painted up and on the battlefield in double-quick time:

When you’re getting started on a new force, one of the first stages is working out the colour scheme for the uniform. You can research this online or in the relevant Osprey book. To help with this step, we have created a number of starter paint sets using the Vallejo military colour paint ranges, chosen to give you just the right colours for each army.

While you may well want to lavish more time and effort on vehicles and commanders, these guides use mainly the colours from the paint sets (plus sometimes a few common colours like gun metal and a flesh tone, plus sprays and Quickshade wash), and demonstrate how you can get your troops ready for battle quickly and easily in just a few steps. 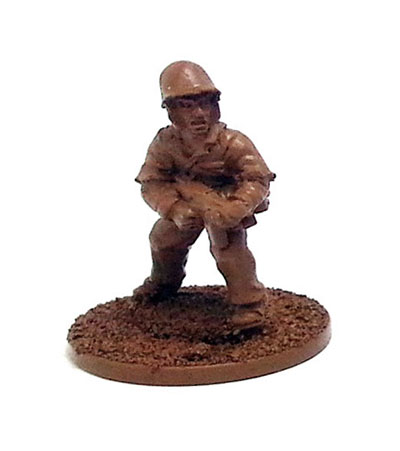 1. I started by cleaning the mould lines, gluing sand to the 25mm base and then priming the figure. This one was primed in Bolt Action British Uniform Brown colour primer spray. 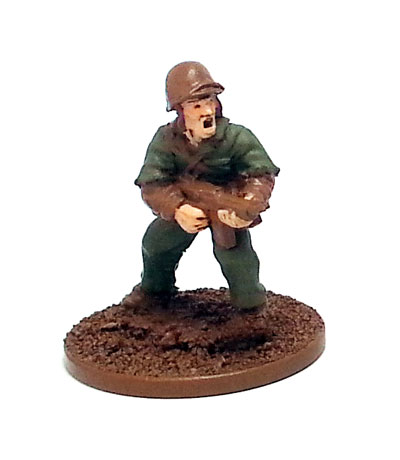 2. Beginning with the largest areas – the uniform was painted in Russian Uniform Green and the flesh in mid tone. 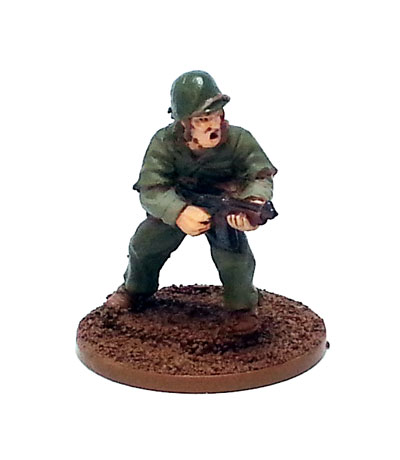 3. I then painted the helmet in Brown Violet (an odd name for a green colour!), the weapon stocks and tool handles in Flat Brown and the gun barrel in a gun metal. If the model had gaiters then these would be in Green Grey. I decided to do the under-shirt in Green Grey to give a contrast as clothes tended to fade through use and in sunlight. 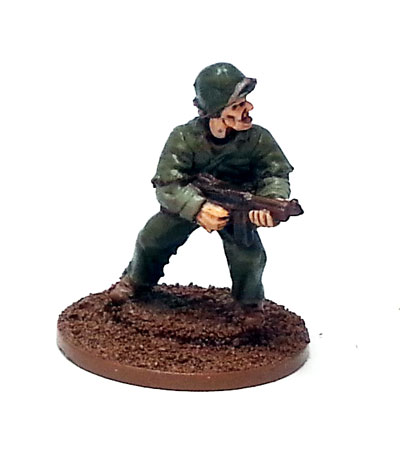 4. The whole model was given a liberal coating of the Army Painter: Dark Tone Quickshade. This shades every part of the figure by collecting in the creases and giving the illusion of you spending extra time layering the colours! Once it’s completely dry, a spray of Anti-Shine Matt Varnish removes the shine and protects the paint, magically transformed your shiny, muddy miniature into a thing of beauty! 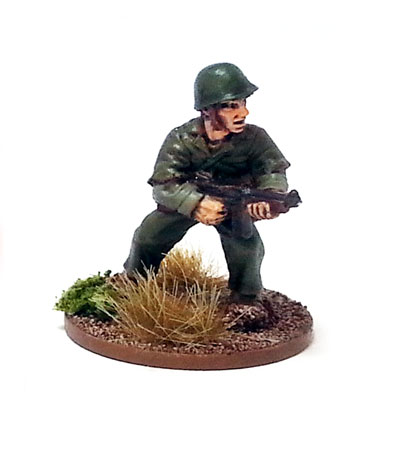 5. After a quick dry-brush of Green Grey on the already brown base, I added some Army Painter Highland tufts and some basic hedge foliage for contrast.

So within 15 minutes (not including the overnight drying of the Quickshade) I had a battle ready Marine!