We trial the Rapid Deployment System on a German Grenadier model. The system is fantastic for getting miniatures to the table quickly and with great results!

All the paints used were taken from the Rapid Deployment Fast Paint System Core and German Army Paint Sets. 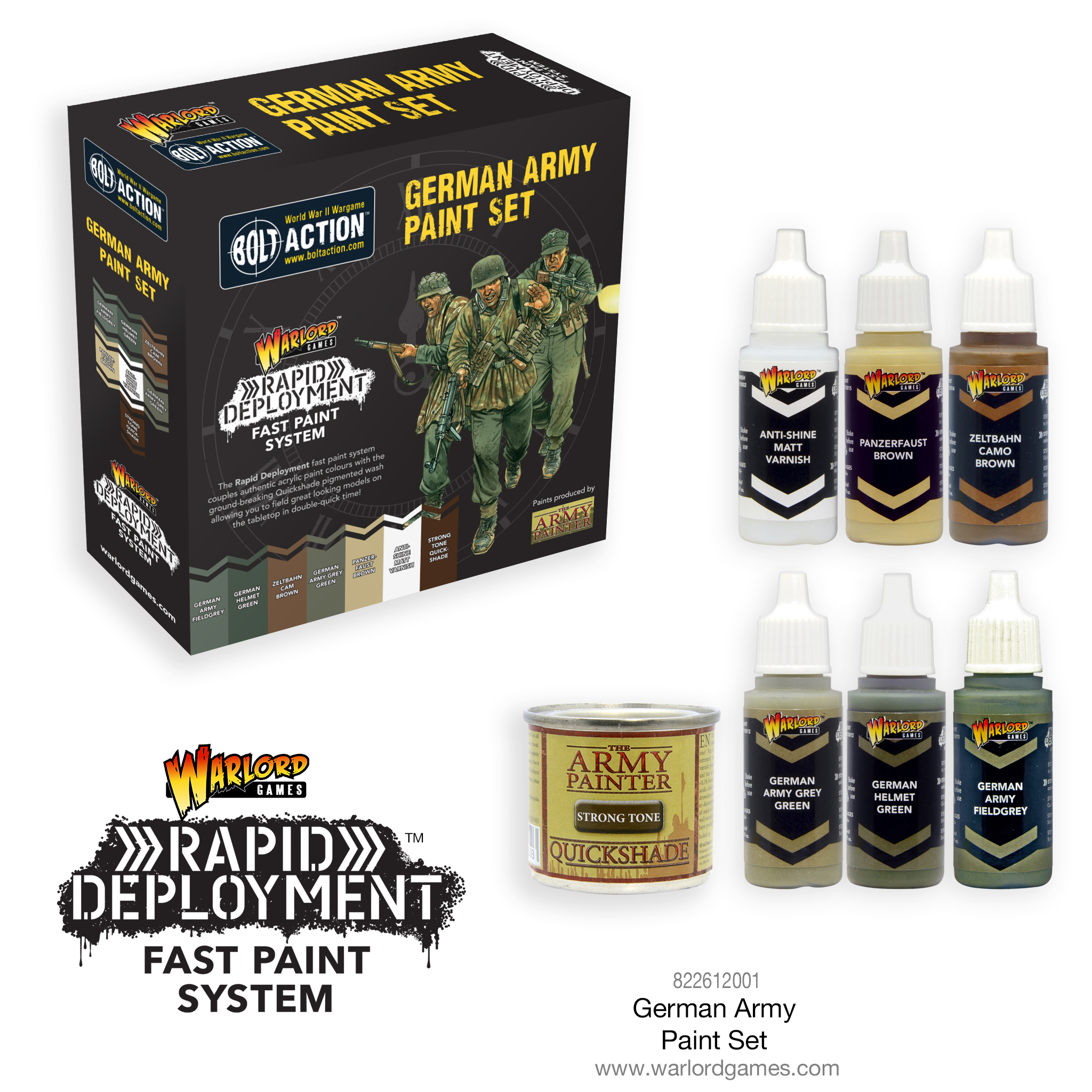 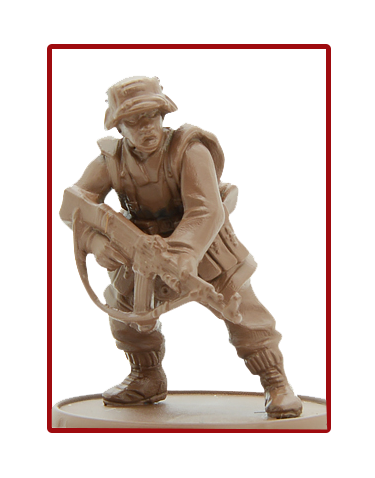 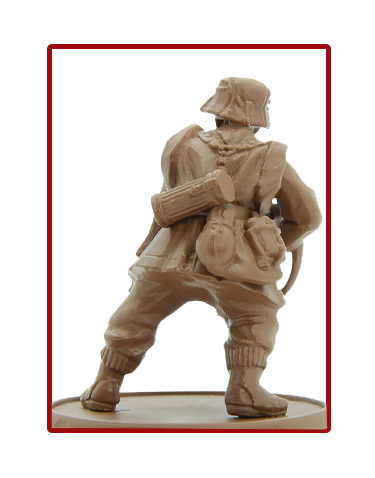 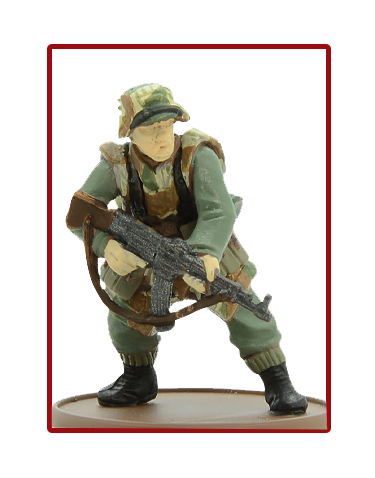 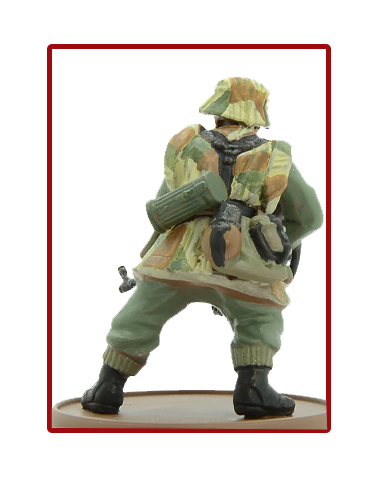 The Camo scheme on the helmet and armour was created with a combination of:

Begin by applying a basecoat of Panzerfaust Brown. Then apply the German Helmet Green to select areas, and finally the Zeltbahn camo brown to other areas. It doesn’t matter if these colours overlap. A roughly equal amount of each colour should be showing after this. There’s no need to be too precise when painting your camo scheme, it’s meant to be erratic. The next shading stage will help smooth the colours together. 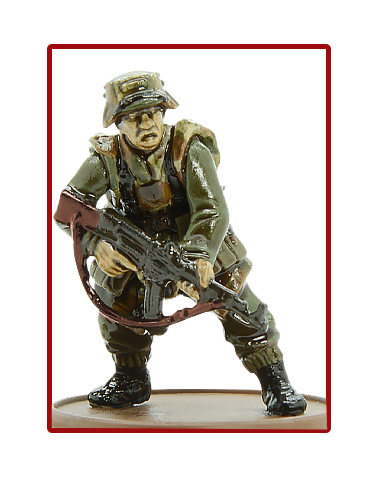 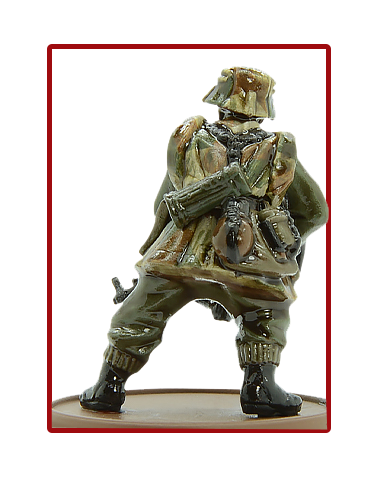 After this stage, the miniature should be left to dry for a minimum of 24 hours. 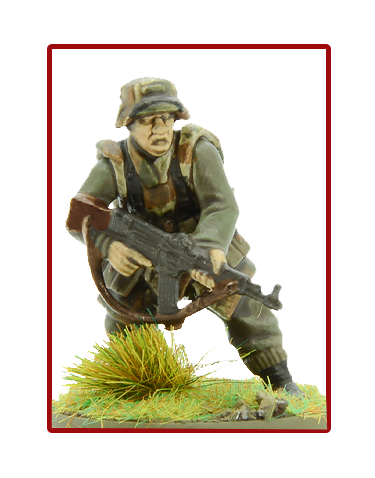 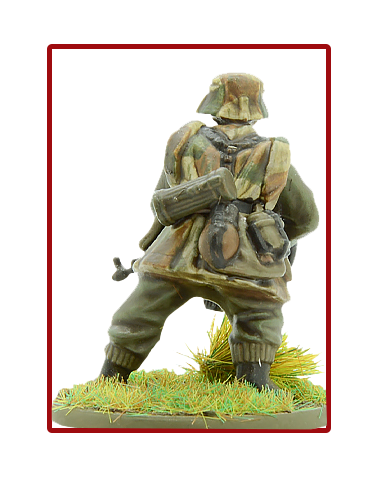 Having left the miniature to dry for over 24 hours, use Anti Shine Matt-Varnish as before and base to match the rest of your army. We’ve used sand and static grass, supplemented with tufts, for that little extra flair.

The miniature has been taken from the German Grenadiers plastic box set. This gives you a fantastic start to a late-war German Army; containing 30 miniatures with customisable weapon & command options. And as we’ve seen, they look great on the table, when using the Rapid Deployment System. 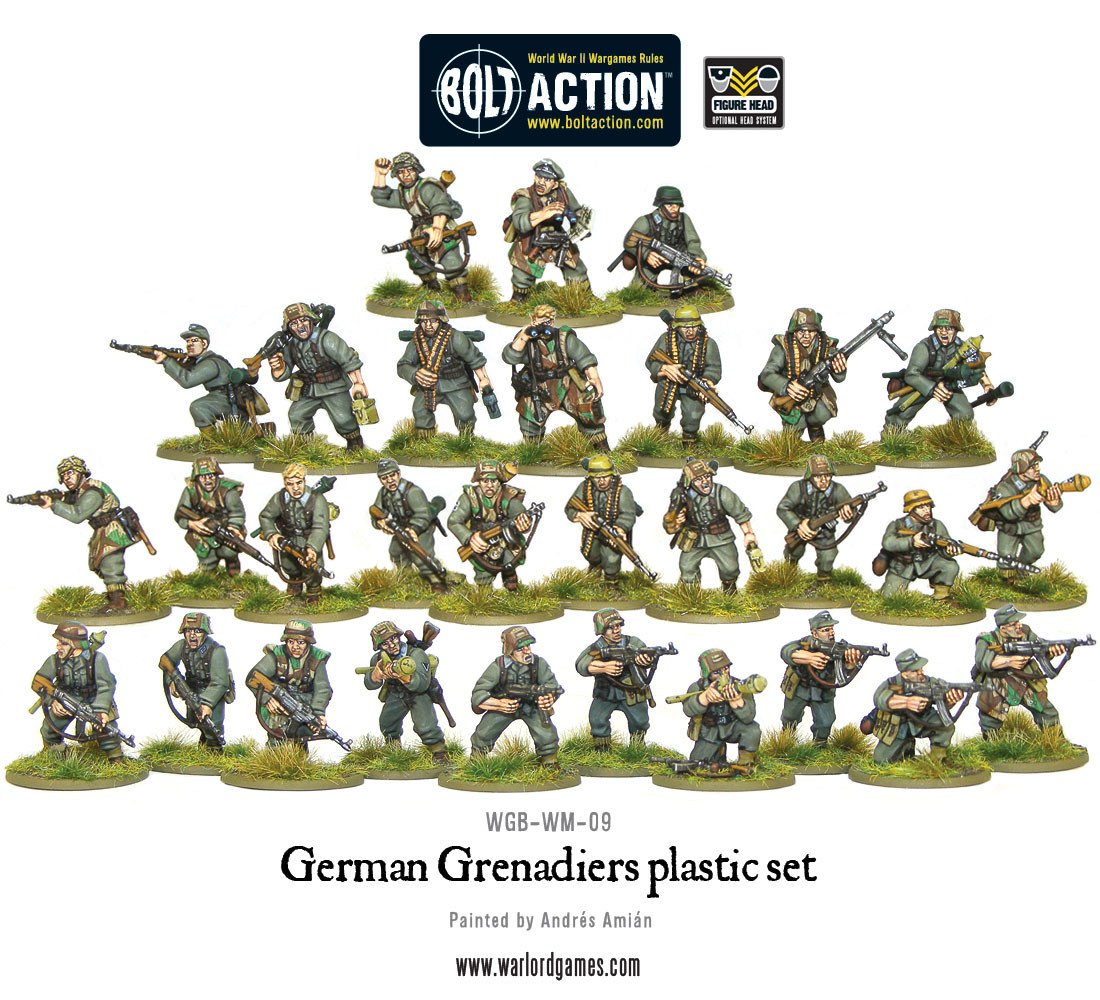 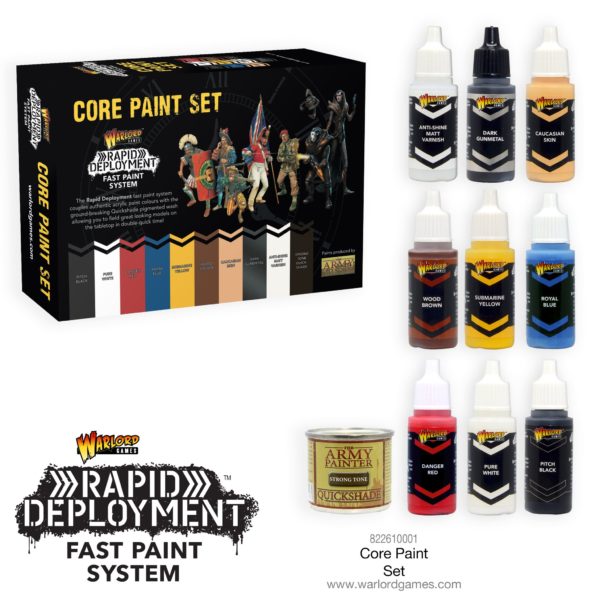 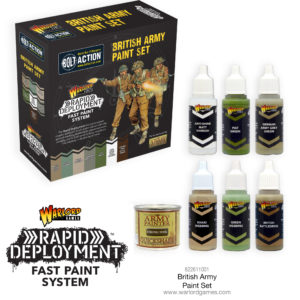 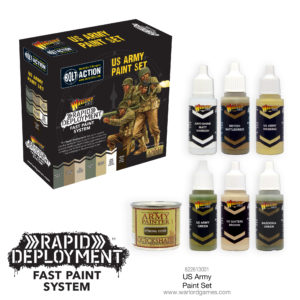 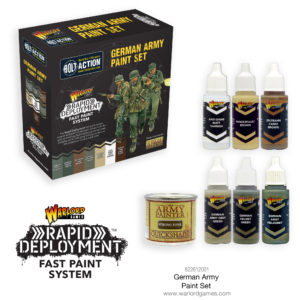 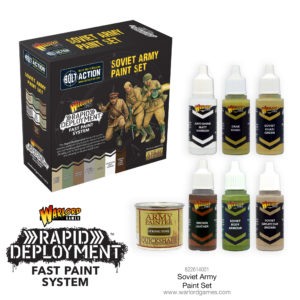 Dan can often be found contemplating the mound of unpainted minis building up under his desk. He has a tendency to roll lots of ones. He also has a tendency to complain about rolling lots of ones.
View Profile | View all posts by Dan Hewitson
Rapid Deployment Paint System: Soviet Infantry
SPQR: 1000 Denarii Warbands