Out now is our new Finnish Infantry boxed set. 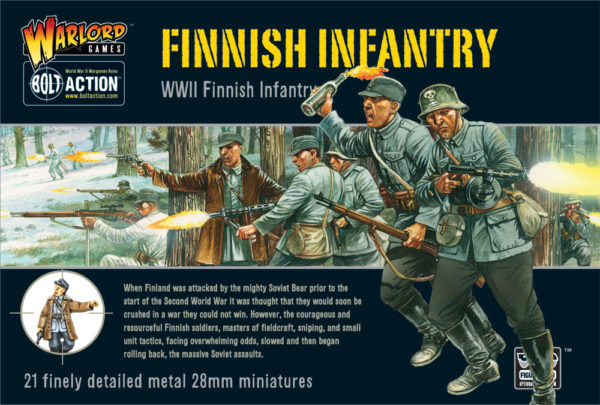 Faced with the vast forces of the Soviets, the courageous and resourceful Finnish soldiers, masters of fieldcraft, sniping, and small unit tactics, slowed and then began to roll back the massive Soviet assaults. 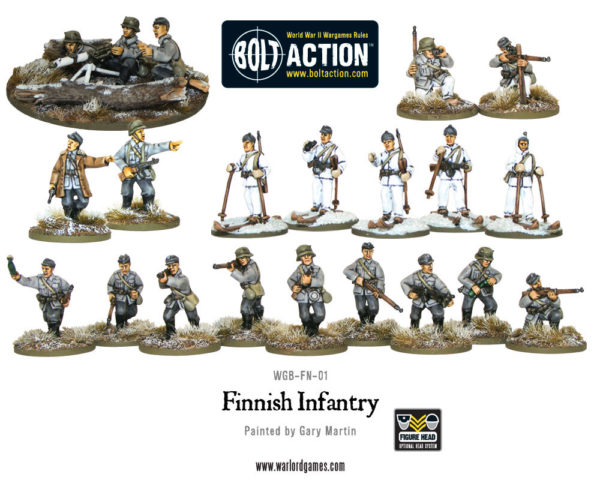 This fantasticly characterful set includes infantry armed with rifles and molotov cocktails, a sniper team, MMG team, officers and even a five-man scouting patrol equipped with snow-gear and skis. 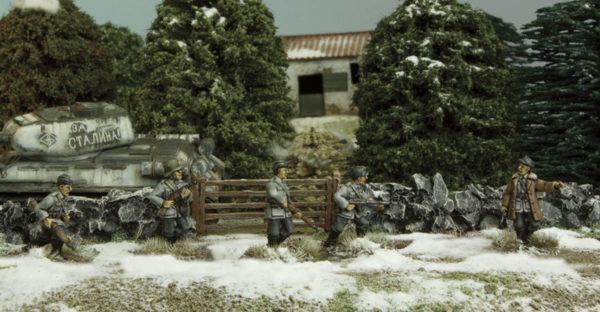 There will be other Finnish figures available in the weeks following the release, providing support weapons and specialists, allowing you to create a rounded Finnish force. 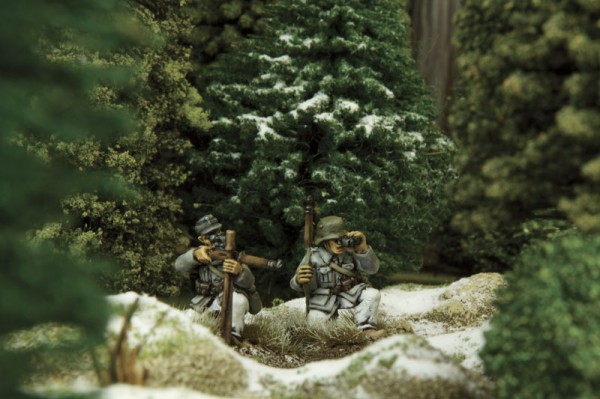 The Finnish Infantry boxed set goes perfectly with the Italy and the Axis book, which contains all the rules for the Finns, as well as the forces of Italy, Hungary, Bulgaria and Romania. It also comes with the free miniature Finnish Sniper Simo Hayha. 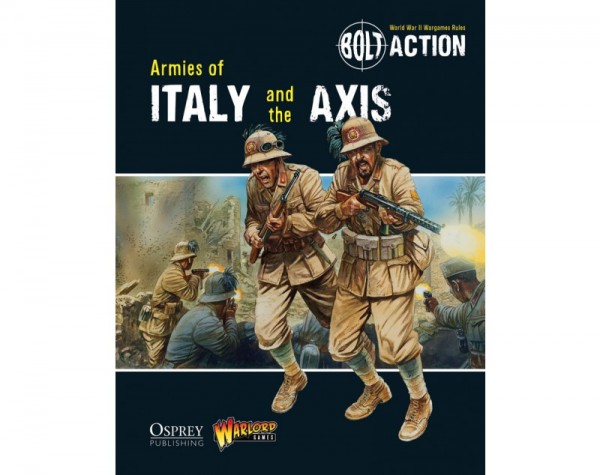 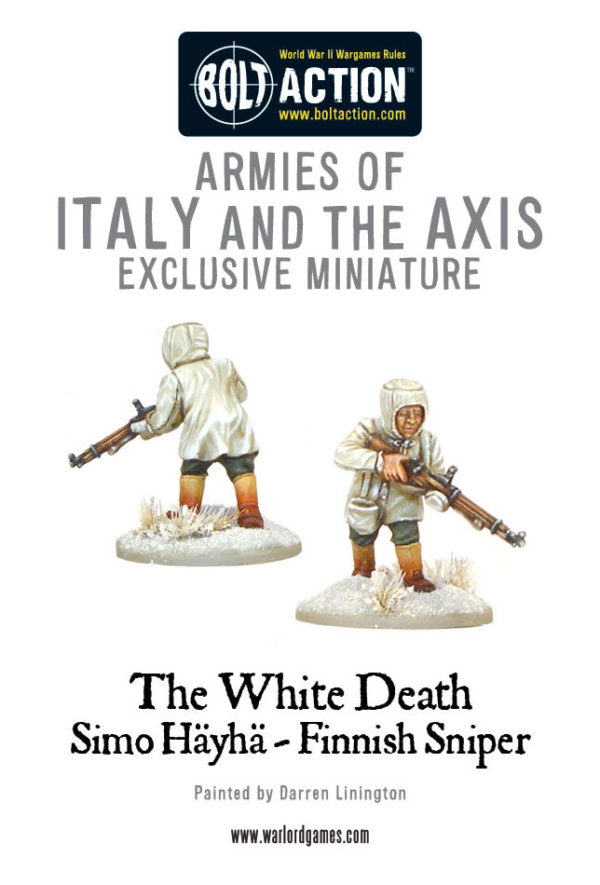