Interceptors form part of the Concord’s Strike Forces, the most advanced and most lavishly equipped fighting formations in all of Antarean space. 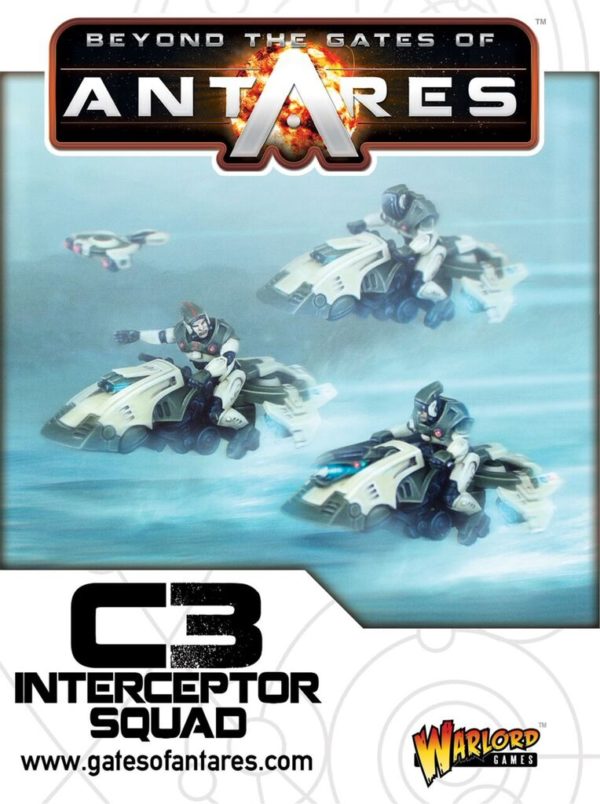 Interceptor Squads ride high-speed Interceptor bikes that enable them to rapidly deploy in situations where convention transporters would be easily identified and destroyed. Their chief advantage over other troops is their incredible speed, making them ideal reconnaissance units where closed-down communications render it impossible to delay remote drones or other means of distant observation. 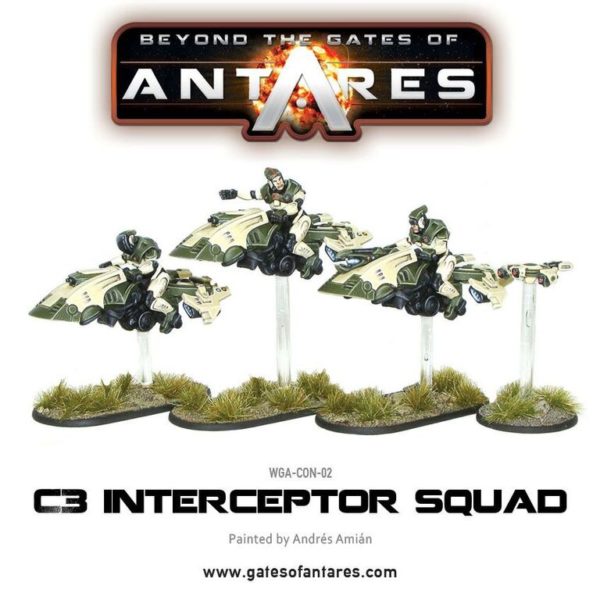 Interceptors are buoyed upon and propelled by their own suspensors. Like most machines of Antarean space the bikes are autonomous drones in their own right. They are equipped with hyper-light boosters, which intensify and redistribute the armour field worn by the bike’s rider, enabling them to more easily shrug off enemy fire. When it comes to offensive armament, Interceptors are fitted with twin plasma carbines, but can substitute this formidable armament for a punchier plasma lance capable of puncturing more heavily armoured targets.

Interceptor Squads are often accompanied by a compactor drone, which can be used to carry the unit’s bikes or as a means of carrying other mechanised drones into combat. 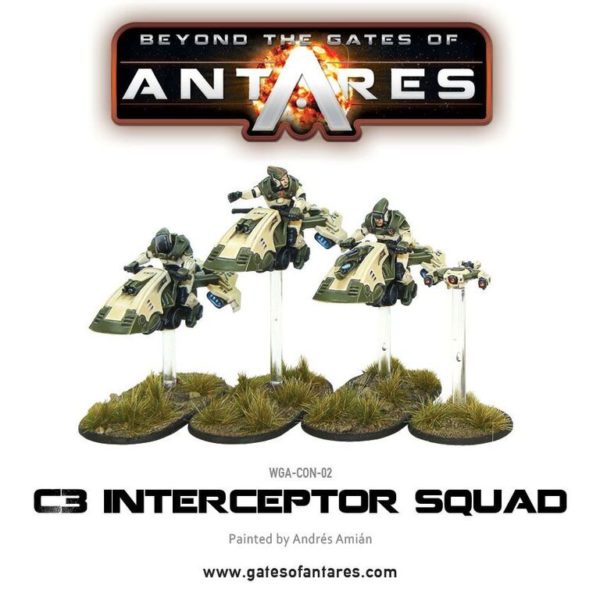