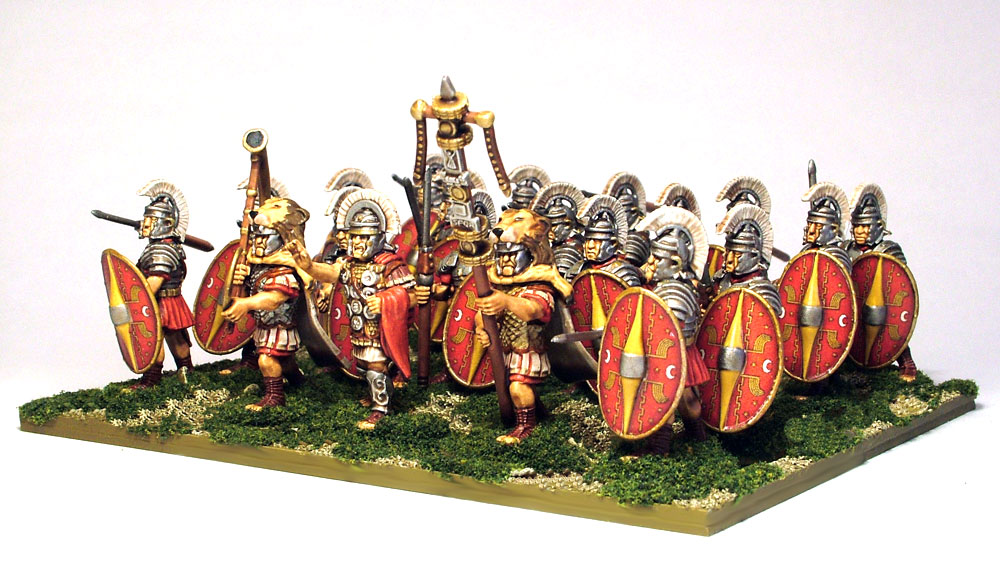 In our continuing effort to bring you the most characterful and fun Imperial Roman miniatures for you to put forth for the glory of Rome on the tabletop, we are quite proud to present our Roman Emperors pack. 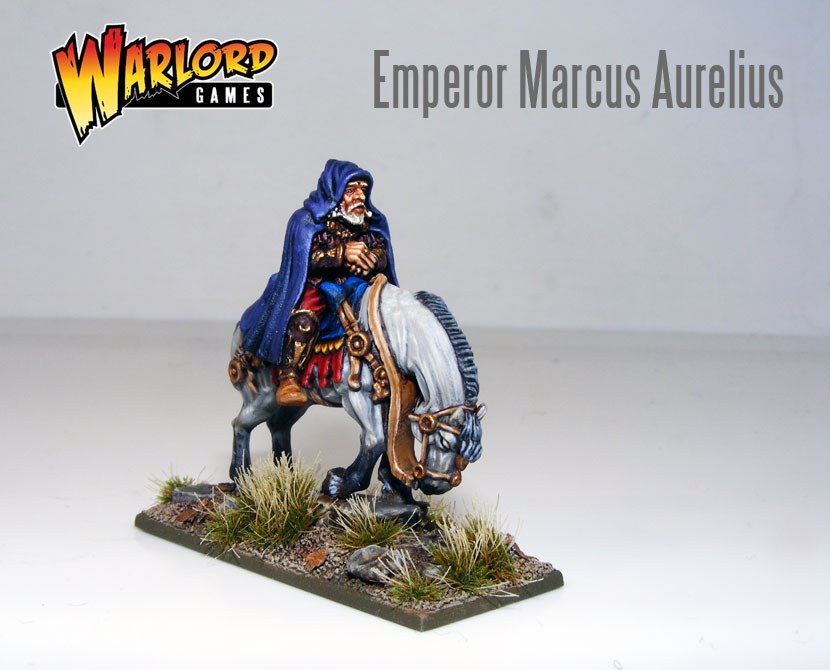 First off we have Emperor Marcus Aurelius. We know we have shown this miniature to you before in its unpainted state, but we think the painted version really shows off the quality and character of the sculpt. You can practically hear the wild war chants of the natives of Germania, the clatter of lorica segmentata on the battle line, and the creak of catapulta, onagers, and ballistae as they prepare to unleash hell upon the enemies of the Roman Empire! 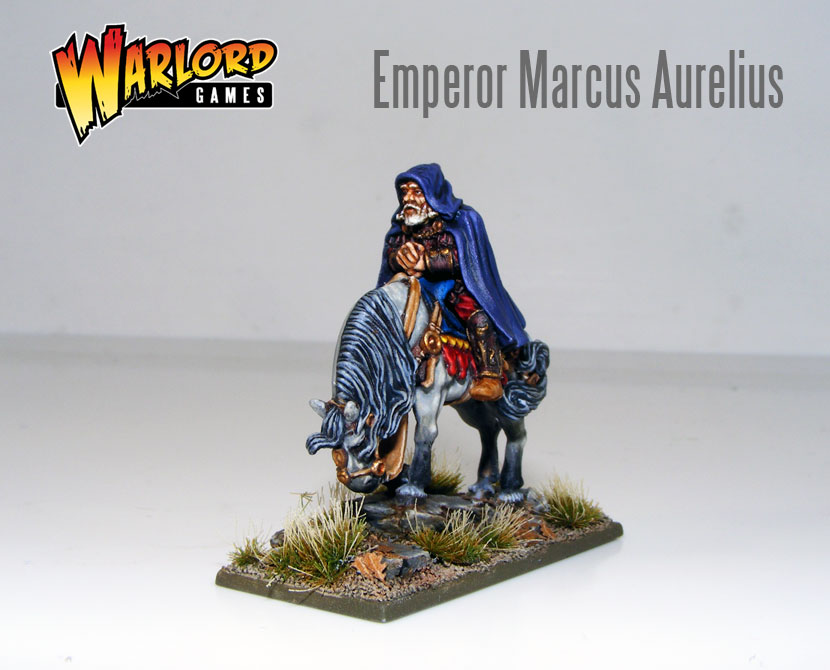 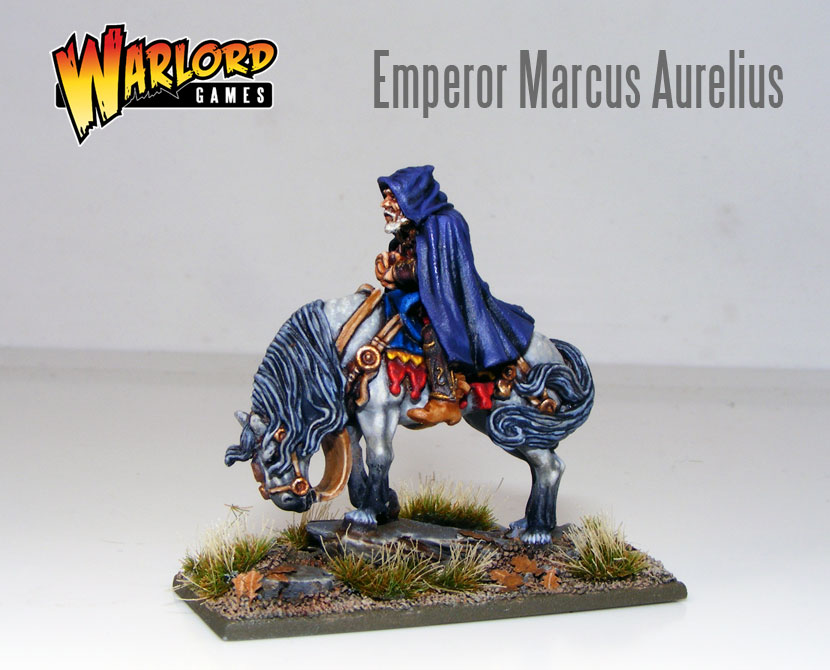 “Infamy! Infamy! They’ve all got it in for me!” Some of our British customers may find themselves repeating that phrase when they field our next model on the battlefield at the front (or more likely the rear) of their army. Beware the ides of March with the arrival of Emperor Julius Caesar: 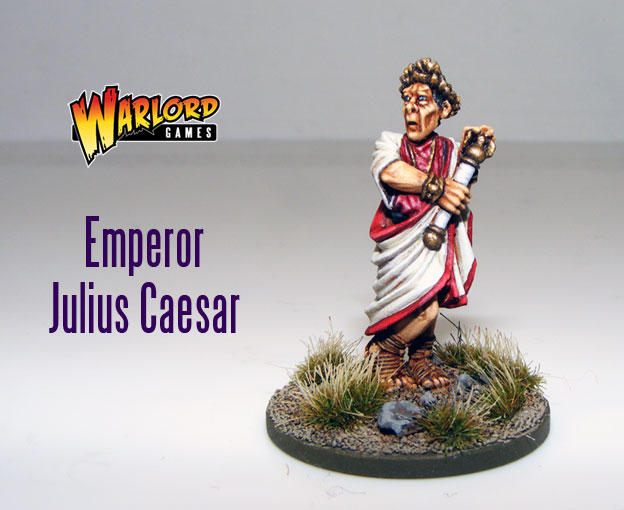 Any similarity to this model and characters from the hilarious film Carry on Cleo is purely coincidental. However we are huge fans of the movie and hold it near and dear to our hearts. This model would do well to have a unit of Praetorian Guard around him to either protect him from or deliver the fatal blow which marked his ignominious end. Infamy! 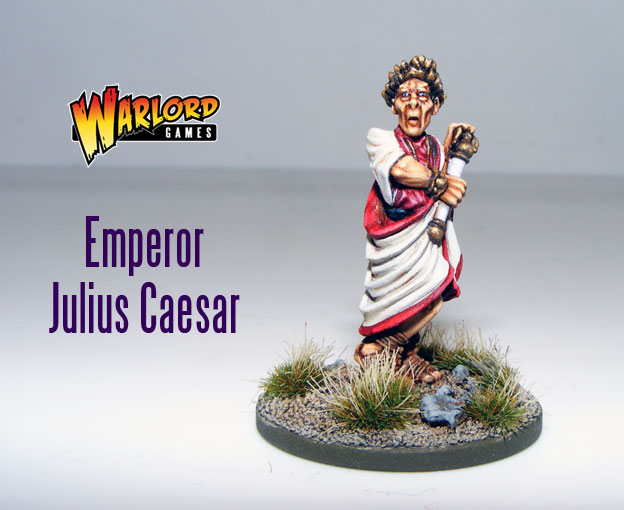 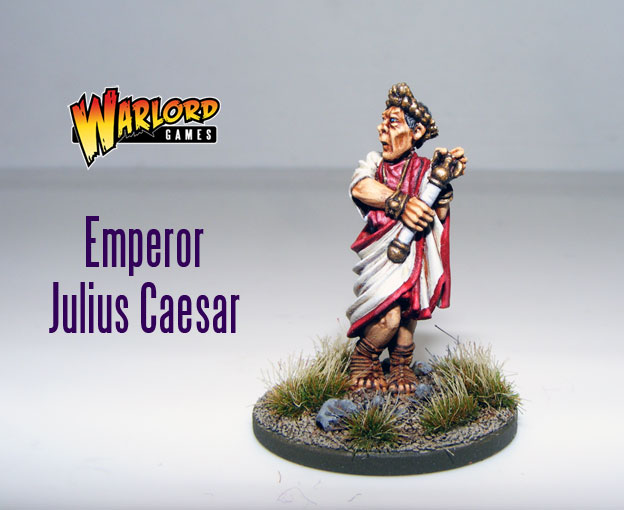 This pair of very interesting and unique takes on the Imperial Roman aristocracy will be available quite soon in the the Warlord Games web store. Praetorian Guard are available now if you’d like to get a start on your Imperial guard for your next game in the meantime: 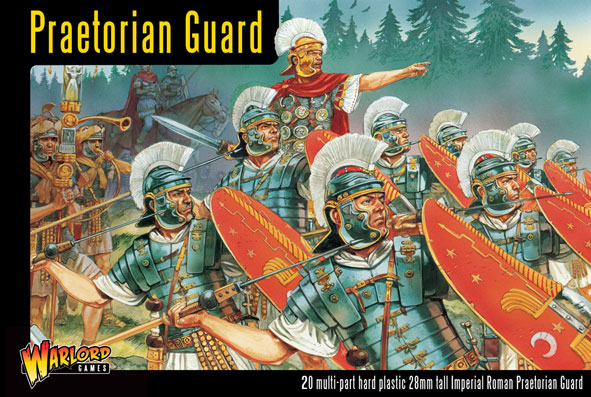