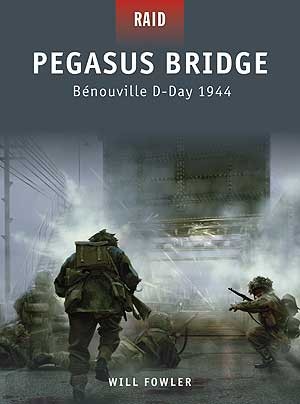 The night before D-Day, light infantry and a detachment of Royal Engineers landed by gliders at Pegasus Bridge, which spanned the Caen Canal. Quickly overwhelming the guards, they managed to hold the bridge and help prevent German reinforcements from reaching the British landing beaches. Will Fowler provides a detailed blow-by-blow account of this classic wartime raid.

Will Fowler has worked in journalism and publishing since 1972, reporting for European, American, Asian and Arabic magazines from Europe, the USA, the Middle East, China and SE Asia. Among his more than 30 published books is MAA 133 Battle for the Falklands: Land Forces. A TA soldier for 30 years, he was commissioned from the ranks in 4th Bn Royal Green Jackets, and volunteered for Operation ‘Granby’ in the Gulf, 1990-91. In 1993 he graduated from the French Army reserve staff officers course at the École Militaire, Paris. Will is married and lives in Romsey, Hampshire.