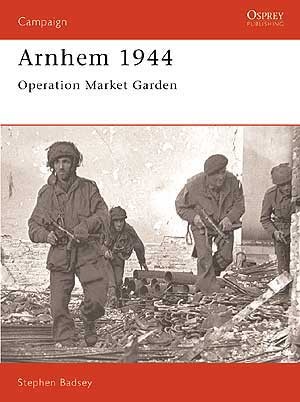 Market Garden’ was one of the most audacious, and ultimately controversial, operations of the Second World War a joint penetration, by an armoured column and a large-scale airborne drop, to punch a decisive hole in the German defences. If it had succeeded, the war could have ended in 1944. Yet the two-pronged attack failed in its objectives. This book details how, instead of being relieved after 48 hours as expected, British paratroopers were cut off for nine days. Facing two unexpected SS Panzer divisions the Allies were eventually evacuated across the Rhine after putting up an incredible fight: of the 10,000 men involved less than 2,000 survived.

Stephen Badsey is a lecturer at the Royal Military Academy, Sandhurst who is highly respected in his field. He has written about subjects as diverse as Hitler, war correspondents in the Crimea and modern fighter aircraft. His expert knowledge and passion for his subject are clearly demonstrated in this fascinating look at the failed attack at Arnhem.