With ‘The Battle for Xilos’ almost upon us, – the forces of the Freeborn gather – reinforcement and resupply ensure that they are ready for whatever awaits them upon the planet’s surface… 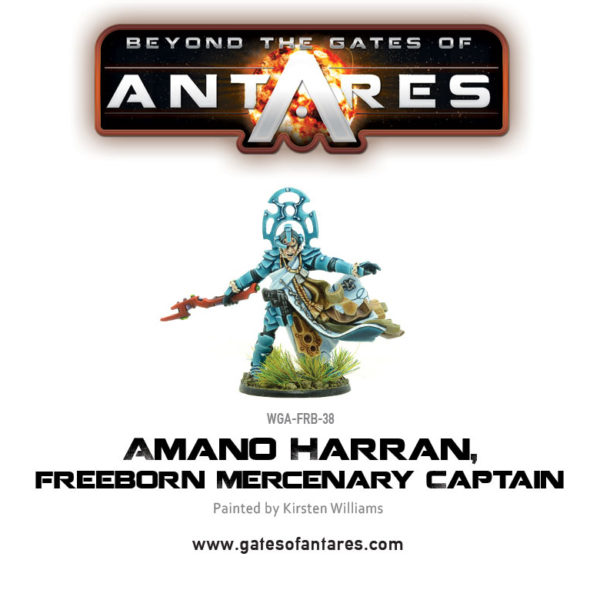 Amano Harran has certainly made a name for himself among the worlds of the Determinate, and his ship – the Nebula – has become almost as famous as its captain. Utilising some of the most advanced technologies of Antarean space, it is often assumed that the Nebula is equipped with alien derived space drives as yet unknown to the human civilisations of Antarean space. That may indeed be so, for Amano’s travels have certainly taken him to worlds beyond the ordinary congress of human space.

With his warband of hand-picked Freeborn fighters, he became one of the most spectacularly successful and best known mercenary leaders in the whole Determinate. The Oszoni celebrated enthusiastically when they heard of Amano’s daring raids and courageous deeds. Amano naturally took great pains to ensure that they did!

To read more on Harran, take a look at this article 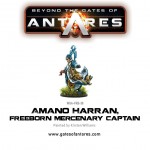 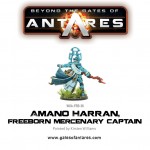 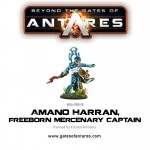 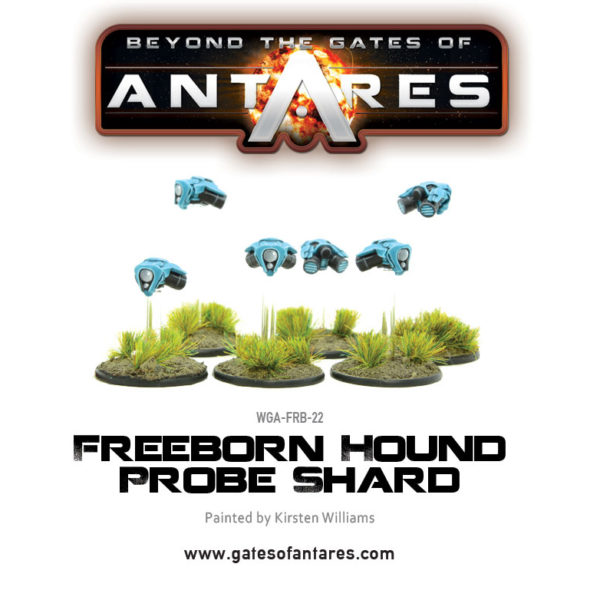 Hound probes are used by the Freeborn to keep Feral troops in order and are especially effective when used on troops with Soma grafts. They make use of cranial implants and nano­ neurosurgery to manipulate the human = mind, causing troops to become fearless, enraged, and otherwise suggestive to their masters’ commands.

Not only are we launching the first narrative supplement for Beyond the Gates of Antares this Summer, but we’re also working with our friends at Beasts of War to launch the first Antares Online campaign! – register, and log your battle results to determine the fate of Xilos – and to shape the universe of Antares!

Battle for Xilos39 Beyond the Gates of Antares594 Campaign17 Freeborn70