With the Eastern Front action heating-up, and our latest Bolt Action Theatre Book, ‘Ostfront’ shipping out worldwide – all you Finnish commanders out there will be pleased to now have access to the BT-42 Assault Gun!

As the Second World War progressed, the Soviets were fielding better and better tanks. The Finnish Army, on the other hand, had to make do with a large number of captured tanks, which were for the most part lightly armoured and armed. 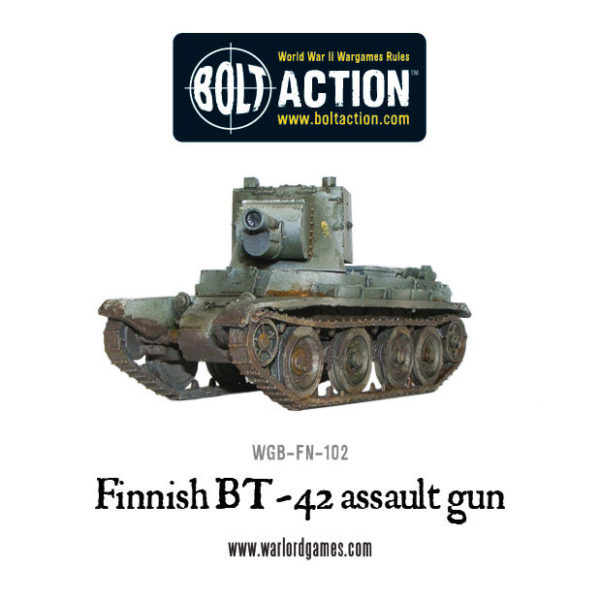 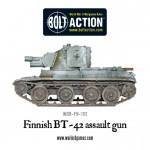 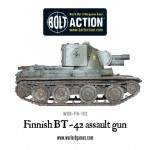 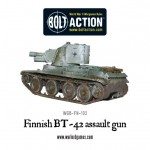 The Finns decided to redesign the BT-7 Model 1937 tank. They constructed a new turret and armed it with a British-made howitzers that had been supplied by the British during the Winter War. It was used for the first time in 1943 against enemy pillboxes. The design worked reasonably well against soft targets. 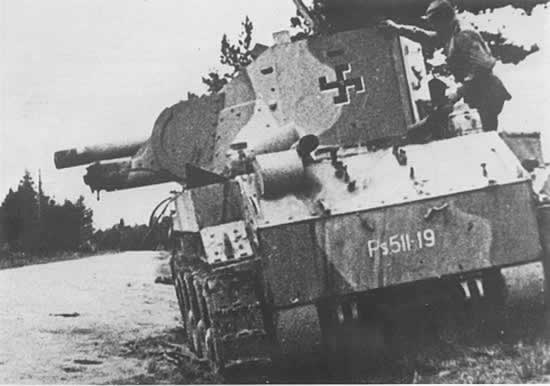 The BT-42s were used during the major Soviet offensive in 1944. They were deployed in the defence of Vyborg. At the time Finnish armoured units were still composed mostly of older designs and so suffered losses. 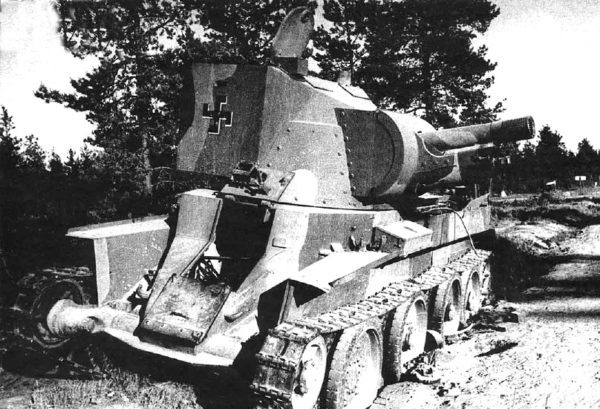 Emergency supplies of Panzer IV tanks and StuG III self-propelled assault guns from Germany, as well as captured T-34s, made it possible for the Finns to replace its losses with more effective vehicles. The BT-42 was retired soon after the Vyborg battles, replaced in their intended role by German-made StuG IIIs.

Expect more Finnish reinforcements to appear over the coming months, as the Ostfront campaign marches ever onward!

Whether you’re new to Bolt Action, and want to head a Finnish force – or you’re a battle-hardened veteran looking to take your fight Eastward – take a look at the Finnish section of the Warlord webstore and grab reinforcements – though the temperatures are plummeting, the action’s about to heat-up!