Beyond the Gates of Antares, Boromites, Latest News, Latest Products 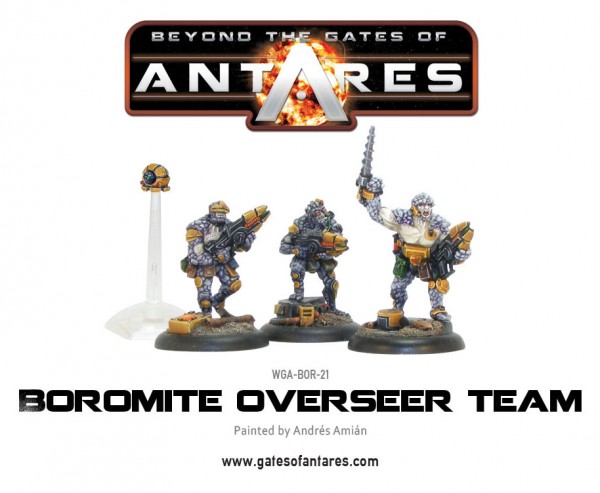 As humanity spread rampant across all of Antarean space, colonies arose upon a vast variety of worlds – each uniquely dissimilar to Earth. Over generations, these isolated populations evolved to suit their situation – breathing alien atmospheres, enduring unimaginable pressures and gravities. In many cases, these evolutionary advancements were artificially accelerated by geneticists  – giving a vast array of types, sizes, shapes, and colours of humans across Antarean space…

The Boromites were bred as a specialised workforce – adapted to handle incredibly difficult and dangerous tasks in hostile environments. Though they are naturally a itinerant and insular species, they will take up arms if attacked or wronged – using adapted forms of their work tools to defend their own. 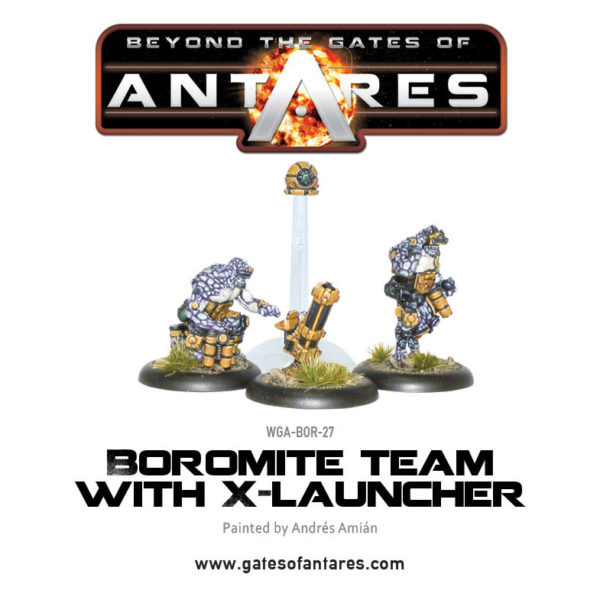 They are bulky weapons, and their regular explosive ammunition resists full compression due to the charge. They are of limited value on the battlefield unless they can be emplaced or setup in a static position. However, they are excellent for lobbing shots onto fixed targets. The bombs themselves are usually guided either by internal sensors or by means of mobile targeting probes. The standard X ammunition contains high-concussion explosives. The X simply standing for explosive. The smallest X-Slinger version shoots a micro-bomb and is often built into a wrist-mounted unit, or it can be sub-mounted onto another weapon or device.

The Boromite Team with X-launcher contains 2 Boromite crewmen with Mag Pistols and reflex armour, The X-launcher and a Spotter Probe. 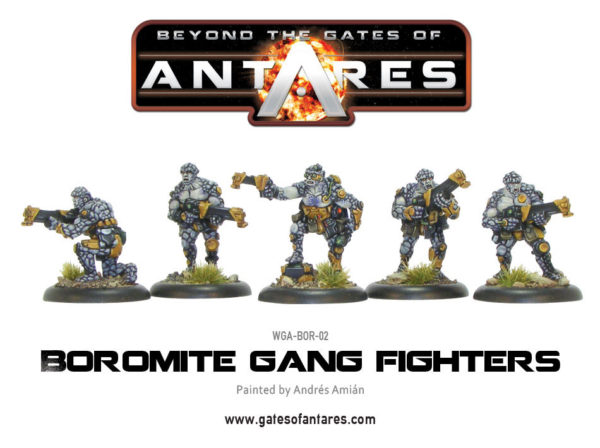 Ganger Fighters are the most numerous of Boromites – they form the backbone of the Labour Guilds spread across Antarean space. Their toughened skin and stubborn custodial nature means that even the most basic of Boromite foot soldiers can prove to be a formidable opponent. 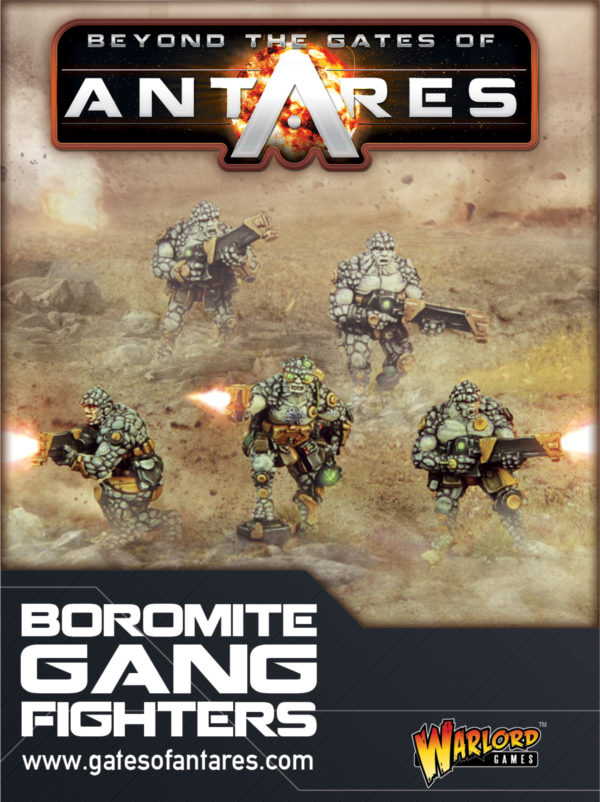 Boromites originated in the mining colonies of Borom where a rocky asteroid belt extends around the system’s star in lieu of other planets. Today the Boromites have spread through Antarean space and live upon many worlds within the Panhuman Concord, the Isorian Shard, and beyond. They have no permanent settled worlds of their own, but form an itinerant work force with a strong cultural identity and secretive customs based upon their many Guilds. They avoid becoming absorbed into the societies they live amongst because they are almost invisible to the sharded IMTels of societies such as the Concord and Isorians. They remain almost entirely apart from regular society, a reclusive, insular and self-governing sub-culture wherever they happen to be.

Although they are spread throughout Antarean space, Boromites maintain strong contacts with each other via the trading networks of the Freeborn. Boromite labour gangs are but one of the many human services traded by the Vardos. Occasionally, Guilds will band together to fight, most likely to secure some mineral rich planet or scavenge some lucrative wreck or abandoned facility. Boromite forces are based upon their work gangs, generally speaking extended families, which belong to competing labour Guilds.

Guilds are organised for self-protection and held together by insoluble ties of honour and obligation. The leaders of these Guilds, the secret core at the heart of the extended clan, are aged and much feared matriarchs. Amongst Boromites it is the womenfolk who head up the families and whose word is law. In some respects Boromite Guilds have all the hallmarks of organised criminal gangs, and are behind many of the subversive activities throughout Antarean space. Rival Guilds sometimes get involved in turf wars. Vendettas between old enemies can last for generations, but all will close ranks in the face of a common foe – which is pretty much everyone else as far as the Boromites are concerned. Their hardiness and determination make them highly valued mercenary fighters. Boromite gangers can be armed in almost any fashion, but they uniquely make use of weapons developed from mining tools including mass compactors and frag borers. Reflex shielding is common and the metallic nodes that support the reflex armour field are often fixed directly into the wearer’s thick hide.

View the Boromite in Store

Antares111 Beyond the Gates of Antares594 Boromites67