Held at the NEC in Birmingham, the biggest gaming show in the UK hosted over 8,000 enthusiastic gamers looking to see the latest and greatest from Games Workshop. This year Warlord Games ran a huge games of Warhammer Ancient Battles. Using Paul Darnell’s (of Touching History fame) beautiful Antonine Wall battlefield which Paul had built especially for the show it drew many an admiring glance and dozens of gamers took part as the Celtic tide swept across the field and crashed onto the defenders time and again. Would the hard-pressed Roman military hold off the unwashed masses or would the Celts succeed in driving off the invading foreigners? 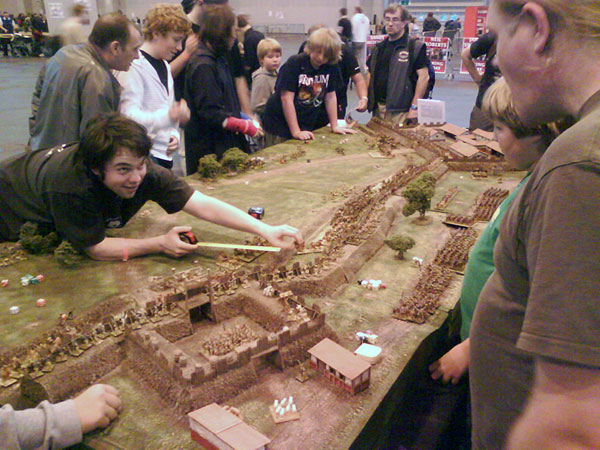 Weight of numbers finally took their toll on the Emperor’s finest and the Celts took control of the milefort at one end of the battlefield as we’ll as the gatehouse at the other. Caught between this pincer movement the Roman doom was inevitable and as Games Day ended the Celts were in control of this section of the Antonine Wall. The Emperor will not be pleased! 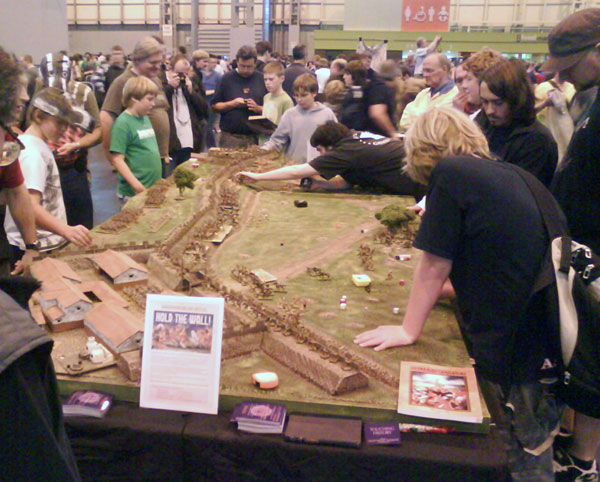 Special mention must go to the following:

Paul Darnell for his remarkable terrain – Paul is one of the unsung heroes of wargaming and everyone was bowled over by this battlefield.

Guy Bowers, Daniel Savels, Scott Brett, Patrick Grinsel and Ian Wolfemeyer – the stars of the day, shepherding gamers young and old with great grace and knowledge. Add in the sheer number of Warlord miniatures they helped paint for the day and we have to say “Cheers chaps – we couldn’t have done it without you!”.

Mark Farr – despite John and Paul’s many absences on the day Warlord’s own Death Ninja manfully answered questions about the game and Warlord Games. Paul would like to personally thank him for sallying forth a large unit of Legionaries, shutting the gate behind them and then leaving Paul to sort the mess out while Mark went for lunch… 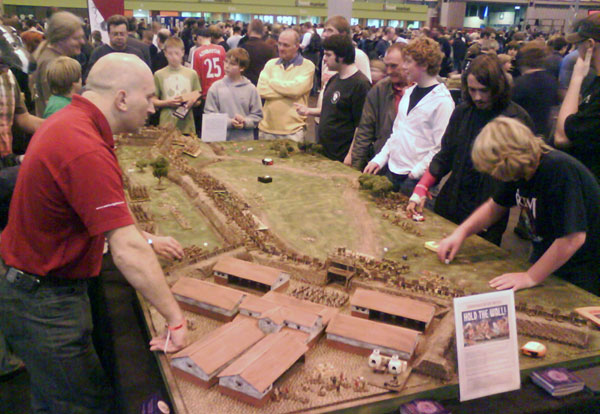 And last but not least to Games Workshop (and Rob Broom in particular) for giving us the opportunity to put on the game. We’ll try to top it next year!