Beyond the Gates of Antares, Events, Latest News, News & Announcements

Antares Events in a store near you!

Beyond the Gates of Antares – The Xilos Horizon is here and in a store near you this weekend!

This weekend sees the world wide launch of Warlord Games & Rick Priestley’s Sci-Fi miniatures game of confrontation and battle in the seventh age of Antarean space!

Compete against rival civilisations and explore the Antarean nexus – expand your influence over untold millions of worlds as galaxy spanning societies of humans, machines, and aliens fight for survival!

Each store listed below has an introductory set for you to try and games available to pick up on their special launch day events – See if you can make it along for some of the first, full, Antarean events happening across our own little ball we call earth: 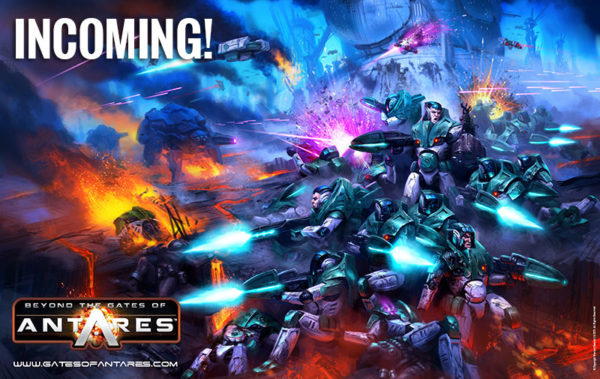