From turn 3 onwards, the Japanese player rolls a die at the beginning of every turn and looks up the result on the chart below, which potentially allows him to get some extra units. These units can Advance or Run onto the table from any point alongside either long edge of the table (‘on the flanks’ so to speak), like Reserves. Alternatively, these units can be deployed into one of the bunkers, as long as the bunker is not occupied by US troops – being deployed into one of the bunkers is the same as entering a building, except that it counts as receiving an Advance action. Note that no Order test is necessary for these new units to enter the battle, either on the flanks or into a bunker.

If the player does not have suitable models to represent the models rolled, he can pick any of the lower results that he has models for.

This scenario pitches a superior attacking force against a defender that, though outnumbered, is dug in into a well-prepared defence line consisting of pillboxes/bunkers and other obstacles and fortifications. First agree with your opponent who is going to be the attacker and the defender. The attacker picks a force to an agreed points total (e.g. 1,200pts) and the defender picks a force that is half that total (e.g. 600pts).

Terrain: The defender sets up one of his bunkers and three linear obstacles in each of the areas highlighted in grey on the map – the first, second and third defence lines. The rest of the table should have very little terrain, maybe only the occasional tree or area of scrub, but as it represents a prepared defence – anything likely to provide cover to an attacker would have been removed to leave a good field of fire to the troops in the bunkers and behind the fortifications. The last strip of table between the third defense line and the Defender’s edge of the table can include more terrain, like a small wood, or even some buildings, but once again, do not overdo it. 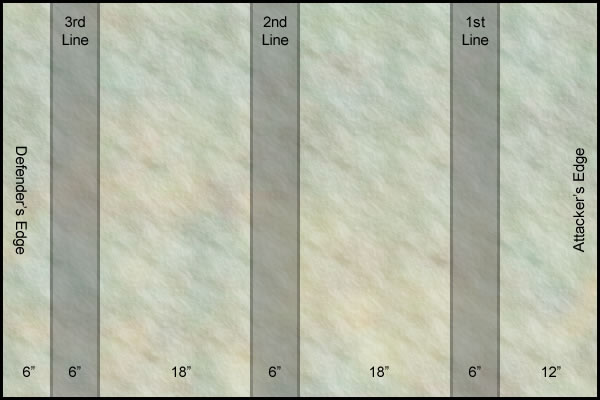 It is important that the defender sets up the terrain cleverly, making sure that as much as possible the bunkers’ line of fire is as clear as possible and that the fortifications make life as difficult as possible for the advancing enemies. Keep in mind that the enemy is likely to take cover behind your defences as he captures them, and that firing over obstacles, unless your troops are leaning against them, will offer cover to the enemy infantry as well… so place your defences cunningly.

The attacker’s units are not set-up on the table at the start of the game. The attacker must nominate half of his force (rounding up) to form his first wave. Any units not included in the first wave are left in reserve. Units in reserve cannot outflank in this scenario, and similarly units with special deployment rules, like snipers, observers and spotters, cannot use their special rules. 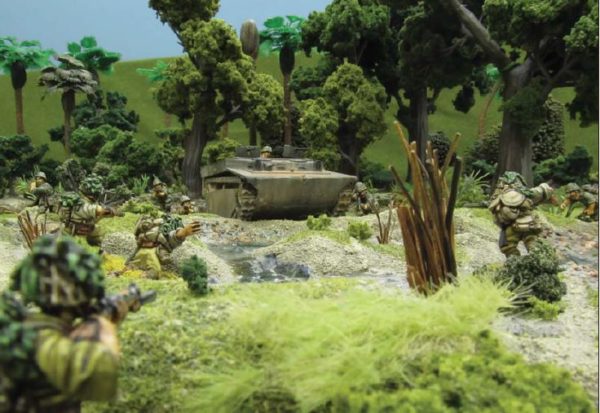 This scenario can be a challenge but what if your commander decided to send troops in at night, what if the enemy had minefields, what if it were Monsoon Season and your troops were suffering exhaustion? All these possibilities are available from pages 107 to 117 of Empires in Flames. Try them out and let us know over at the Warlord Forum

Perfect for your 1500pt Armies: 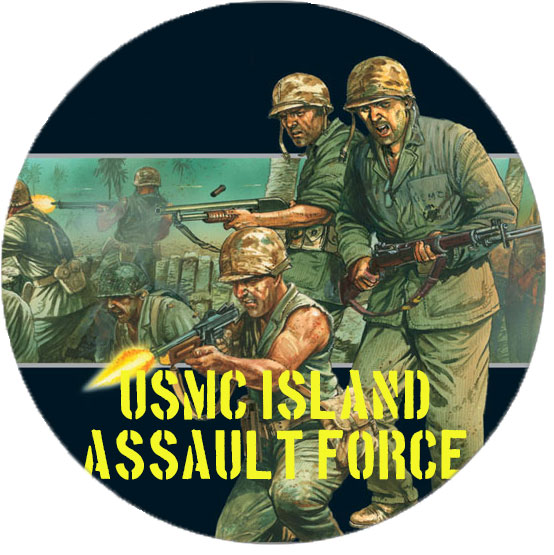 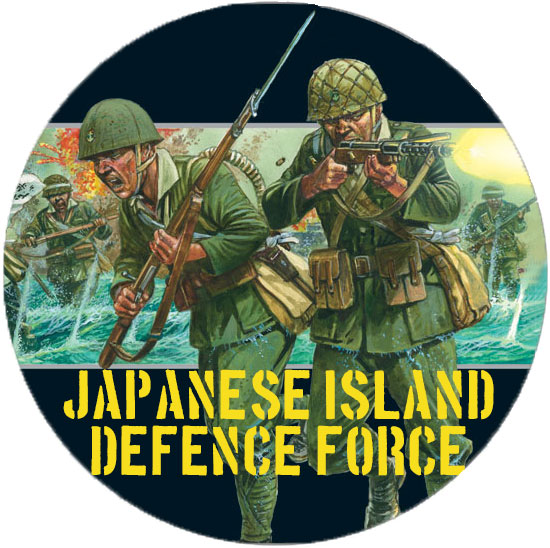 View Profile | View all posts by Graham Davey
Showcase: M3 White Scout car
Antares Events in a store near you!