Introducing the first scenery sets for Beyond the Gates Of Antares! 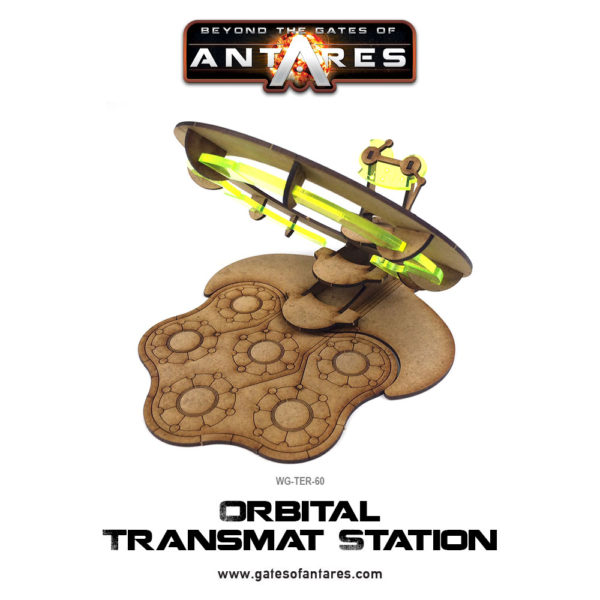 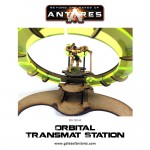 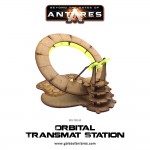 Transmats come in many forms, the one we have available is of a type first discovered to be working within a few hundred years of the sixth collapse – in the local planetary system of one of the first gates to be regenerated by the nexus. The Orbital Transmat is a fixed point system that acts as a focal point, this allows units to be lowered effortlessly in a transmat beam form ship to low orbit or ground.

In our games of Antares we’ve been using the Orbital Transmat stations to bring on units using the Deployment Rules (page 140 Beyond the Gates of Antares) or as an objective to hold and then use to escape a planet to our orbiting ships in a narrative campaign – try it for yourself by using the Bridgehead scenario found on page 154 of the main rules. 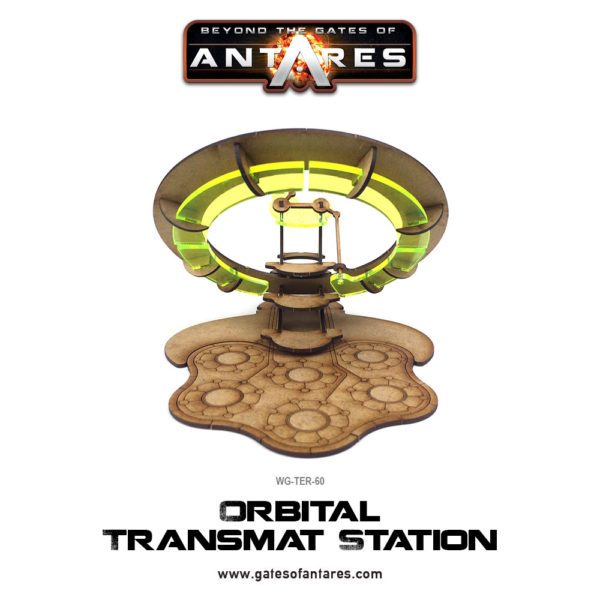 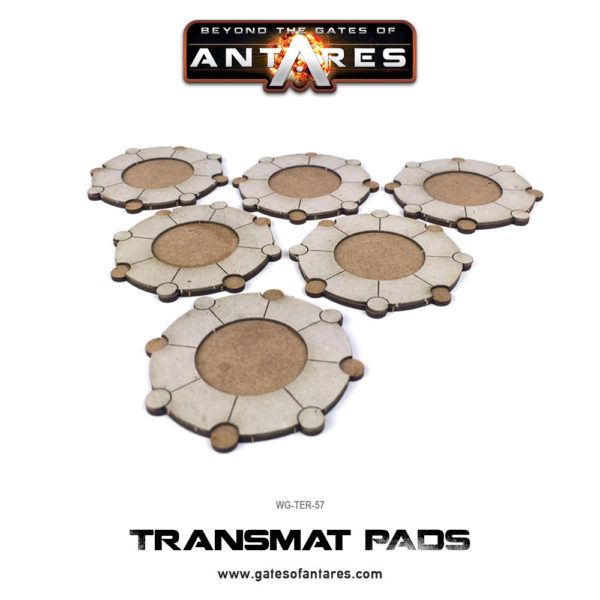 These small transmat pads are ideal for representing individual short range transporter pads of the kind often found inside or immediately around buildings. These are part of a fixed rout transit machine that facilitates movement into and out from buildings: in effect they are doorways.

In Antares we treat them as if they were doorways into buildings (see page 59 of the rulebook for rules how that works). You can also use these transmat pads as stations within a transport network – transporting units from point to point – once again using the same rules as entering and leaving a building and treating the pads as doorways. A scenario might specify the positions of such pads, but in general we’d suggest a range of about 20 inches between a pair as the maximum. Think of them as the Antarean equivalent of an escalator or travellator. 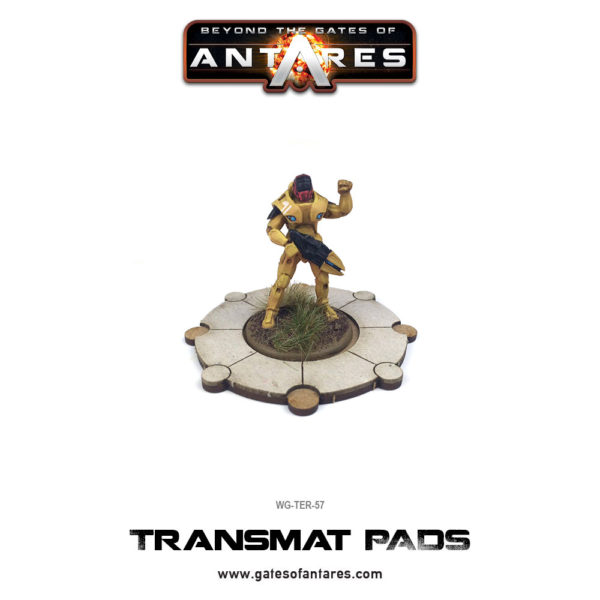 These scenics add to our rapidly growing range, check out the reglular IMTel reports to keep up to date with the latest Beyond the Gats Of Antares offerings: