More armoured reinforcements are arriving for Allied armies in the form of this resin Sherman III medium tank, with its distinctive welded front armour. 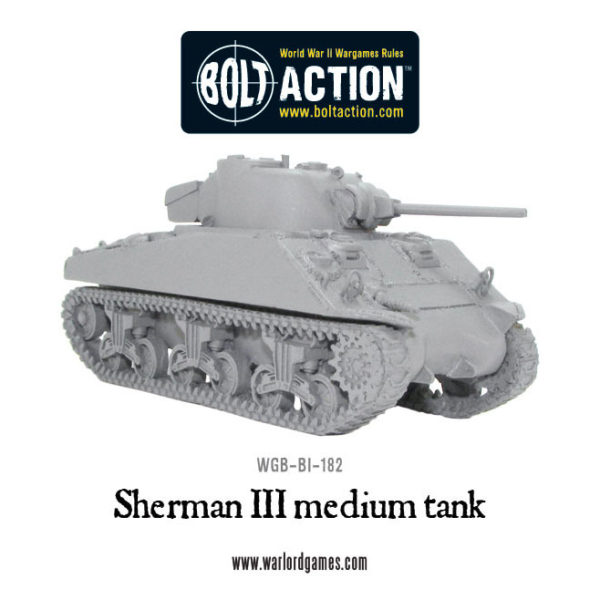 The Sherman III (M4A2) served extensively with British and Commonwealth forces as well as French, Polish and Russian armies. It also served the USMC well in the Far East.

The most numerous variant of the M4 Sherman tank to be produced during the war by the United States, the M4A2 saw 8,053 75mm-armed tanks and 2,915 76mm-armed variants being produced. It was also the Sherman that served with the most nations. The UK, Canada, France, Poland, New Zealand and the USSR. The US Army preferred gasoline engines for logistical purposes and therefore didn’t field the M4A2 although they served with the US Marines Corps during the Pacific Campaign. 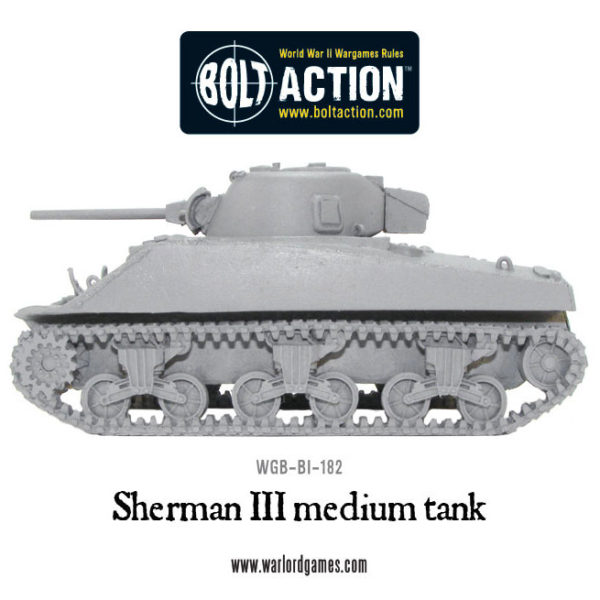 M4A2 Shermans were, with the exception of those supplied to the USMC and for US Army stateside training, reserved for Lend Lease. The UK was a major beneficiary, taking deliveries of thousands of M4A2s, renaming them Sherman IIIs. The Sherman III was the backbone of Commonwealth & Polish tank strength in the Mediterranean until replaced by the late M4A1 76 mm variants in British and South African armoured formations.

It remained the principal tank in New Zealand and Polish formations in Italy until the war’s end. Two British and one Canadian Brigade were equipped with the Sherman III for the invasion of Europe. Many also landed with the French and served with the USSR in large numbers. 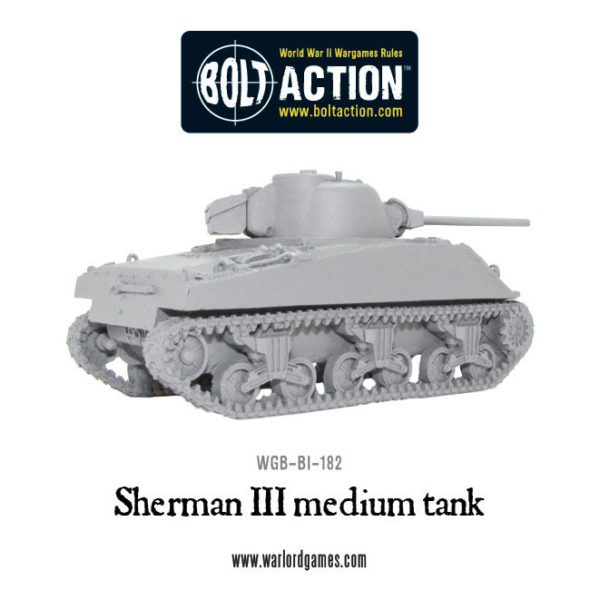 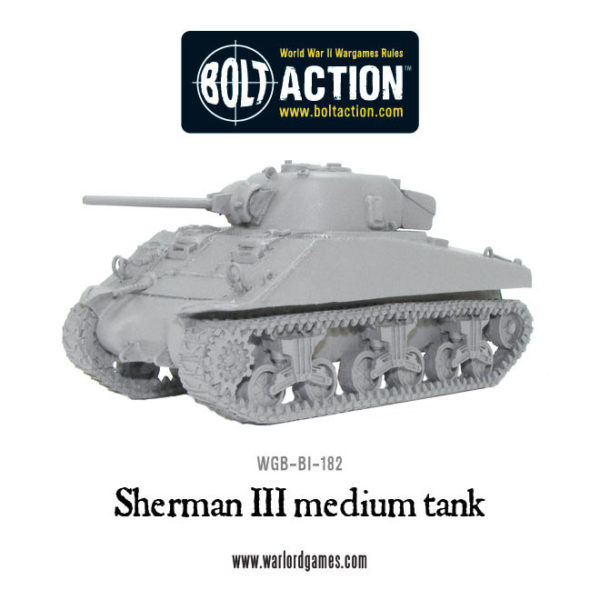 Our resin and metal Sherman II comes with a British tank commander (not shown). You can finish your Sherman off perfectly with a choice of full-colour waterslide decals for British and Commonwealth armies. 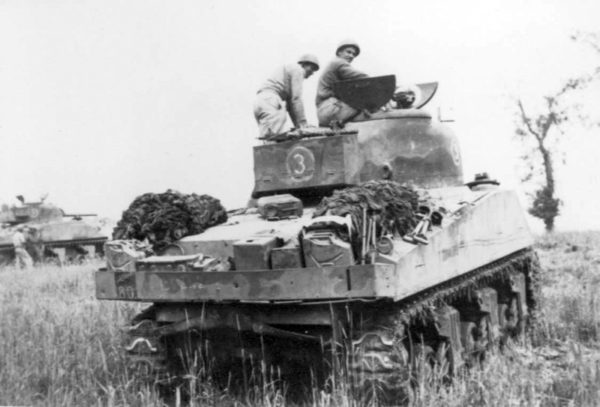 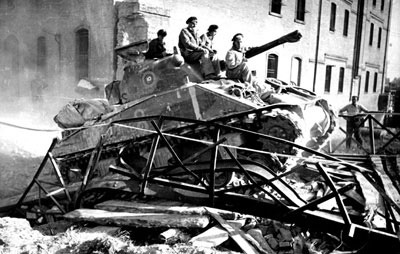