This latest addition to our comprehensive range of Bolt Action vehicles comes from our recent purchase of Force of Arms’ Interwar and Early War range. Plenty more on the way! 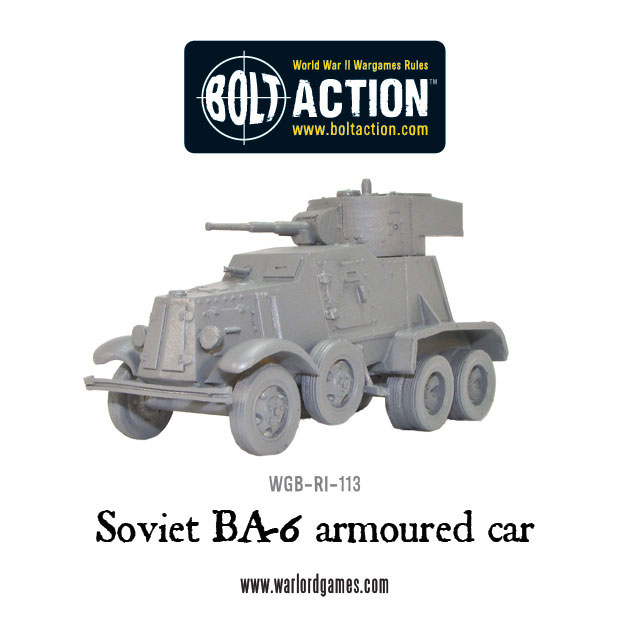 Based heavily on the new six-wheeled GAZ AAA truck, the BA-6 was a 6-wheeled armoured car used in a scouting role during the Finnish Winter War and also during the Soviet invasion of Poland in 1939. They also faced the Germans in the early years of the war on the Eastern Front. 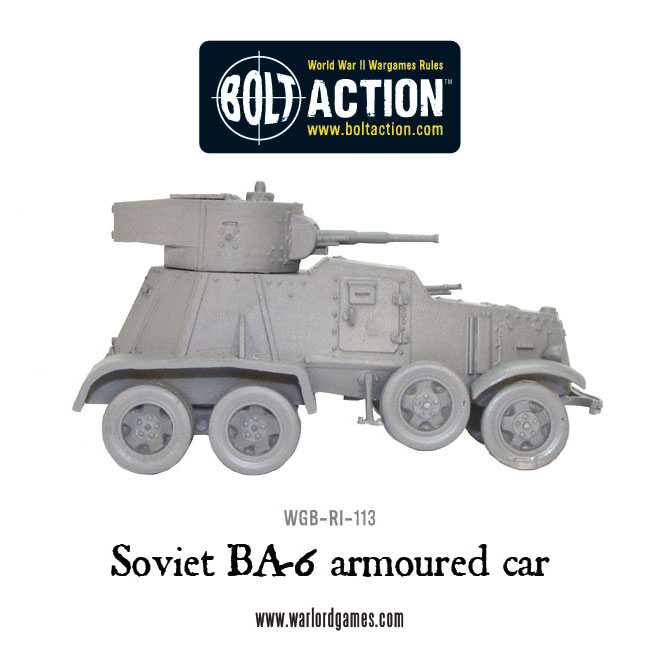 In addition to service with the Red Army, the BA-6 was supplied in some numbers to the Spanish military. Republican Army BA-6s fighting as part of the 1st Armoured Brigade took part in the heavy fighting around Madrid in 1937, their crews comprising both Soviet and Spanish soldiers. BA-6s put paid to several enemy tanks in these actions and fought well in several others during the Spanish Civil War. The BA-6 even remained in service in Spain until the 1950s! 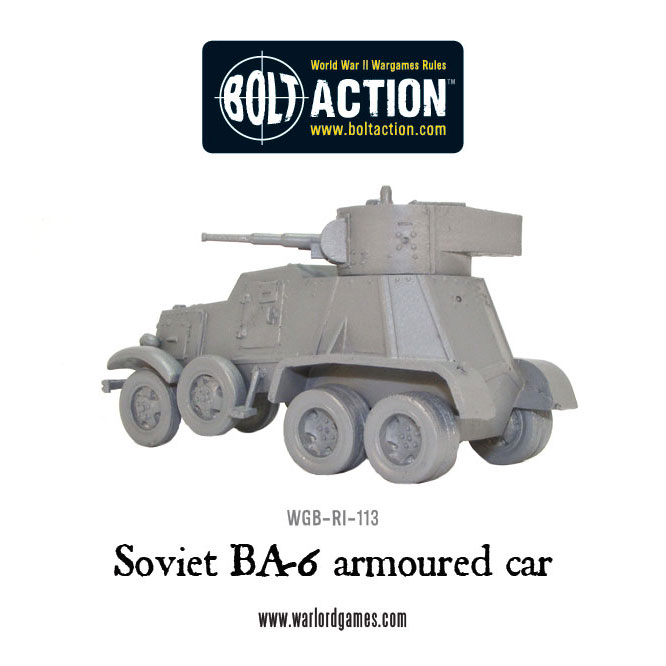 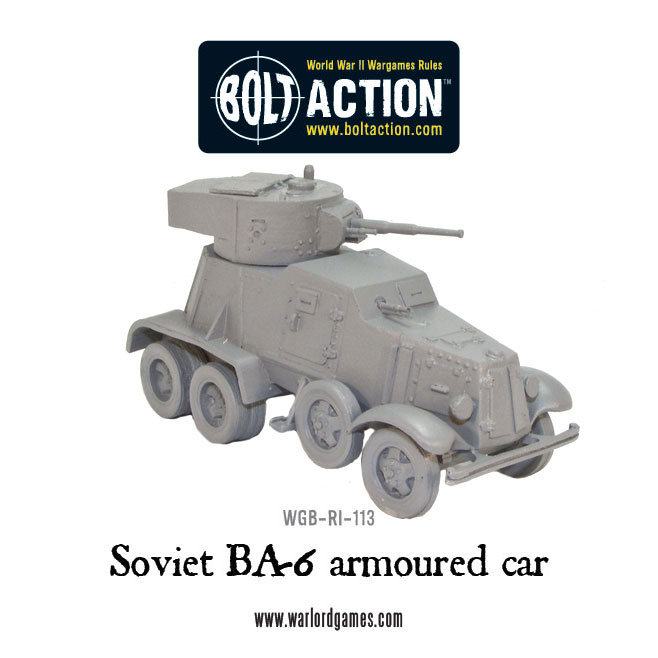 The BA-6 was, at the time it was introduced and during the early stages of World War II, the most heavily armed in the world – Soviet doctrine for armoured cars divided them into one of two categories – light and heavy. The BA-6, with it’s 45mm main gun, fell firmly into the latter category. 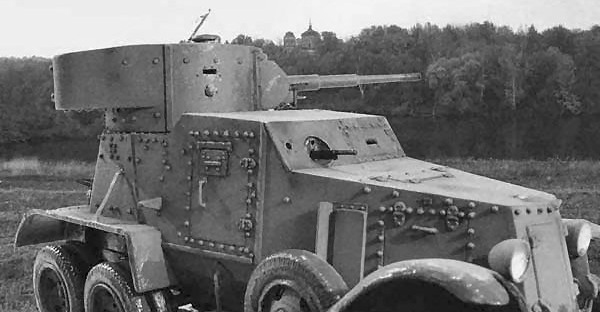 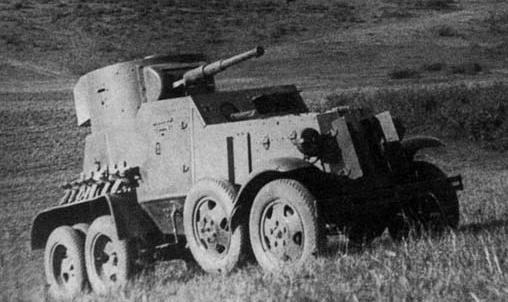