Warlord’s own Gabrio Tolentino has been a busy chap. Aside from taking loads of photos for the Bolt Action Tank Battles book (due out later this year), he’s been working on conversions based on the US Armoured Jeep. We’ll let Gabrio explain…

Throughout WW2, most armies found themselves in situations where they had to adapt and modify their available equipment and machinery, and whilst researching reference material for my US Normandy to Berlin force, I came across a peculiar picture featuring one such modification. 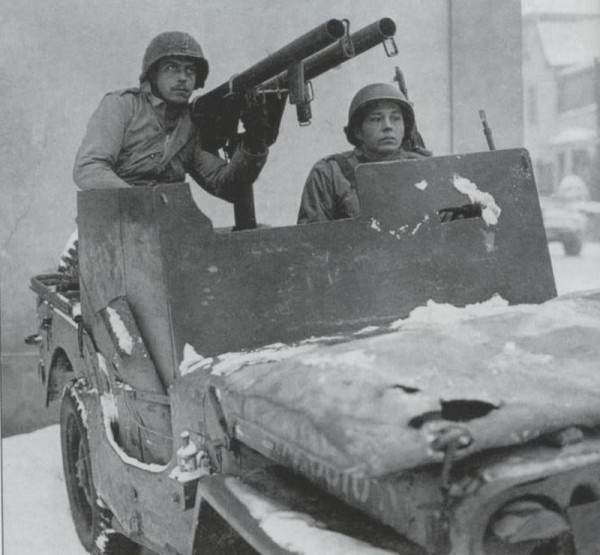 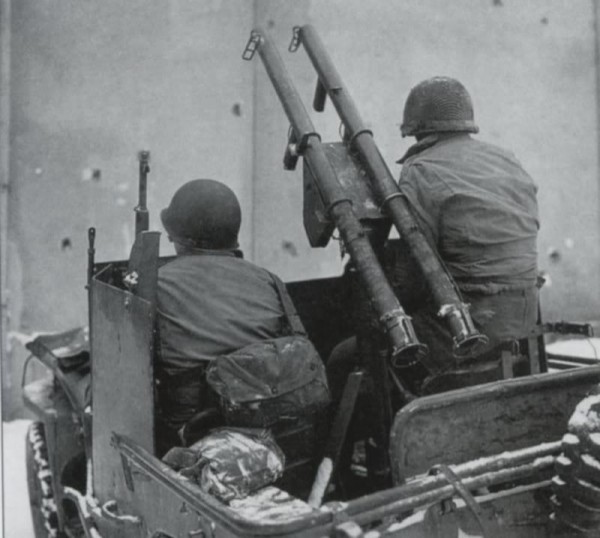 The picture shows an armoured Willys Jeep, with a twinned bazookas on the pintle-mount that would normally house a 50.cal heavy machine gun.

Inspired by this ingenuity I decided to make my own version of it for my Bolt Action Army.

The conversion is a relatively easy one: 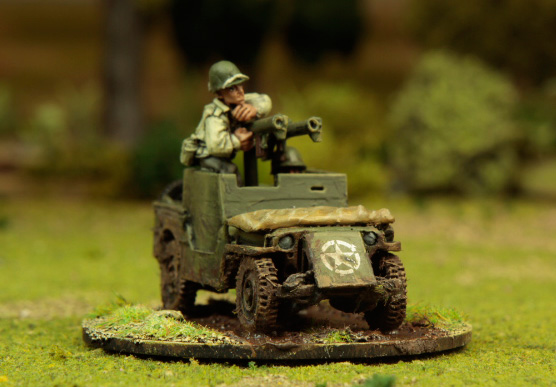 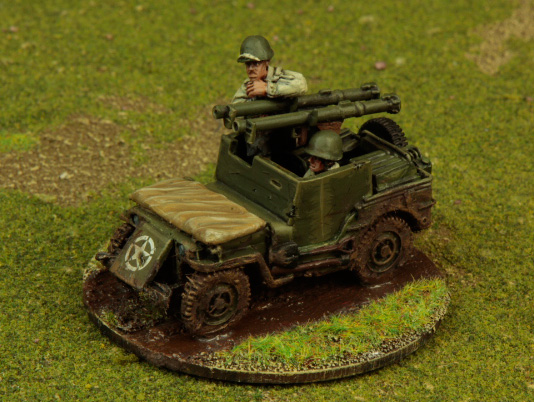 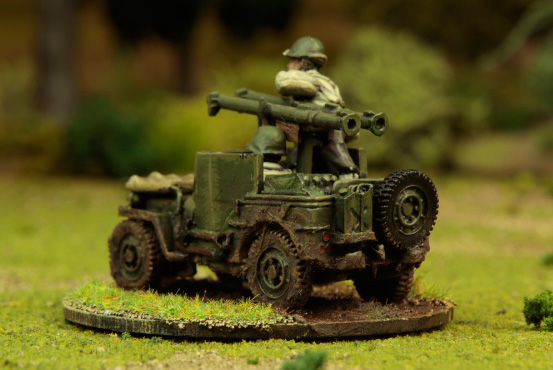 As I want to use this jeep as part of my army in Bolt Action games, I also came up with some unofficial rules. These are fun to use but if you wish to try them out, make sure your opponent agrees to them before a game.

Damage Value: 7+ (armoured car) when shot only at the front, 6+ (soft skinned) when shot at the sides or rear 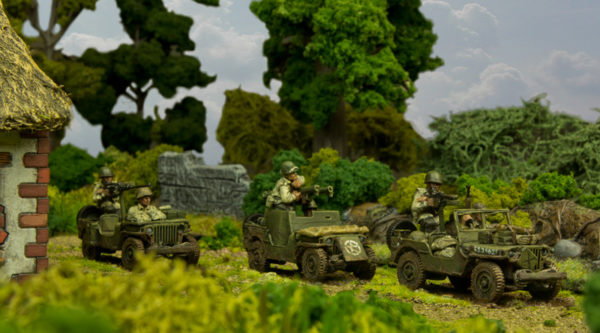 In this picture the Bazooka jeep is supported by my other 2 ‘normal’ jeeps.