The Bolt Action gaming community at large is a constant source of inspiration for us here at Warlord and we all like to see what others are up to out there in the world. Dan Hoyt is based in Quebec and runs his ‘Red over Blue’ blog for friends and close family, quite a nifty idea to get new stuff to paint and his results speak for themselves. Over to Dan to show you: 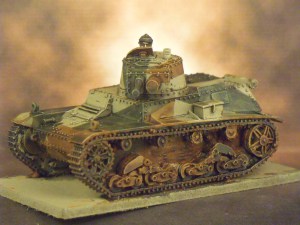 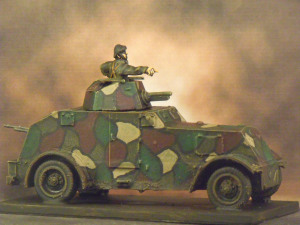 Dan:- I quite enjoy painting models for my close friends and family, as it breaks up the hum-drum of my own projects and allows me to paint one-off items I would not normally get to work with. I set up the Red Over Blue Lend Lease Program where by my father Dave and good friend Phil send me things to paint & throw in a few goodies for me (usually at a ratio of 2 to 1, i.e. they get two painted vehicles or figures for each new thing for me). 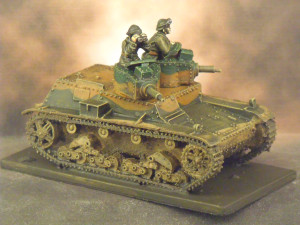 A perfect example of this is what I have to show you today -a set of five Polish armoured vehicles for Phil’s nascent Poland 1939 project. I enjoyed working with these models and getting to try interesting paint schemes, especially on the WZ.29 Ursus armoured car. 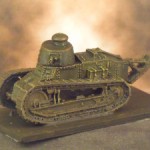 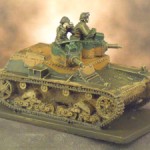 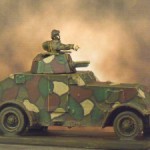 Note that all three vehicles were painted without tactical markings, as apparently most Polish crews removed them prior to combat in 1939. Also, bases have been left un-textured upon Phil’s request, so he can match them to the rest of his collection. 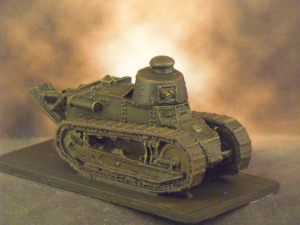 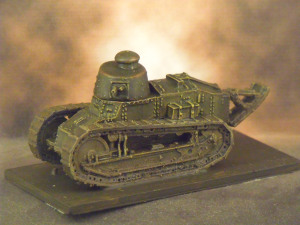 The FT-17 is an iconic tank and the Warlord Games’ model is fantastic – well-cast and sturdy. I am considering grabbing one for my Normandy 1944 collection as an airfield defence vehicle for my Germans.

I used my standard “baking soda mud” technique but to a minimum extent (more about this technique soon). I am really happy with the result as it makes the vehicles look as they have been “going hard in the paint” for a few days or weeks, but not being completing covered in muddy earth. 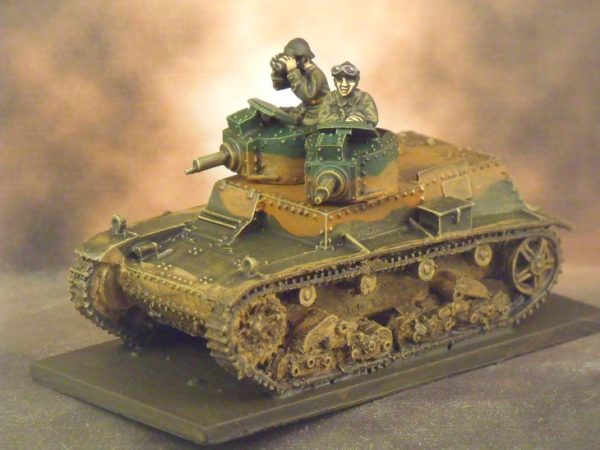 The twin-turreted 7TP tank was interesting to paint. I was unsure of the camouflage scheme initially, but once finished with both turrets attached it really came together. I’m glad Phil agreed to use crewmen for both turrets as it really gives the model character. 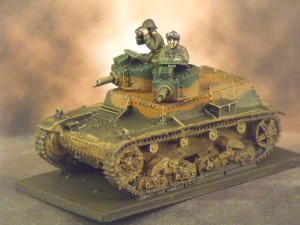 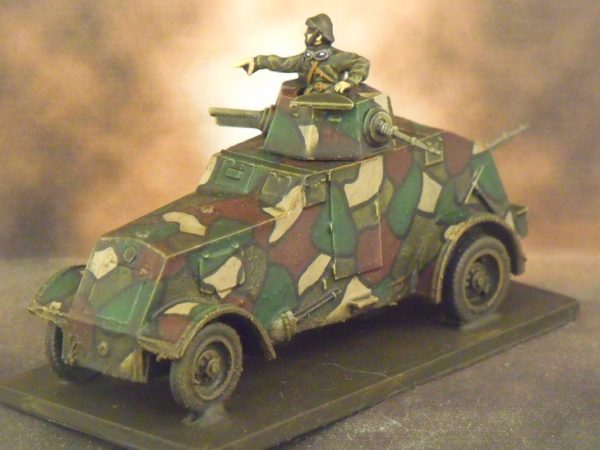 The camouflage scheme on the WZ.29 Ursus heavy armoured car was a pain in the butt to paint but I am really happy with the result. When I initially block painted the scheme it looked rather cartoonish, but this quickly changed with a small amount of drybrushed weathering. 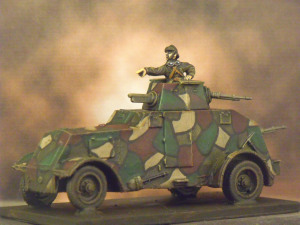 I have also completed a set of tanks to complete Phil’s collection. The single turreted 7TP tank will be a welcome addition, carrying considerable firepower for the 1939 campaign. 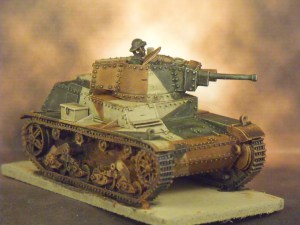 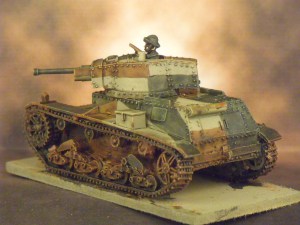 Also included are a pair of the cute (read: diminutive) TKS tankettes, one armed with a machine-gun and the other with a 20mm cannon. The tankettes are in a solid dark green/brown to match the FT-17. 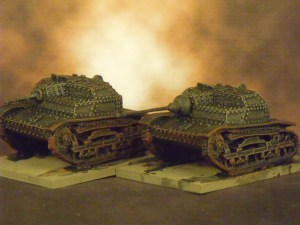 I think this will probably be the last batch of Polish vehicles I’ll paint for Phil, as his collection is quite complete at this point. I have certainly enjoyed painting these interesting and often forgotten vehicles! 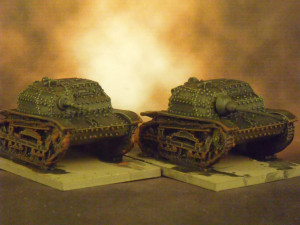 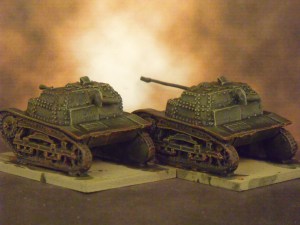 Until next time, Dan

We hope you’ve enjoyed a look at Dan’s (Phil’s) Polish tanks, We’ll be hearing from Dan again soon but in the meantime go visit him by following this link to his blog:

There’s plenty more Polish to check out with our Polish range here.