Join the holy war for Erehwon with these battle-hardened warrior monks! The Sohei were incredible fighters, armed with deadly naginata glaives! 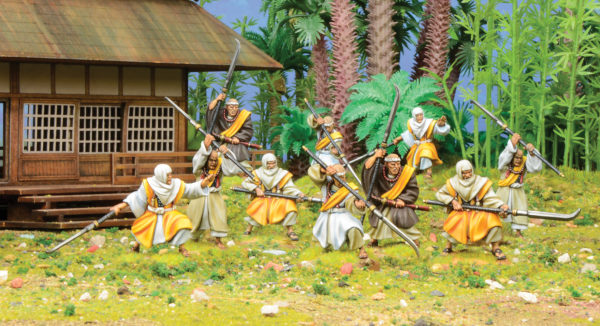 These holy warriors are known as Sohei (monk soldiers), representing the militant arm of Buddhism on the islands of Japan between the 10th and 17th centuries. Like the crusading orders of European knights, these brotherhoods of battle-hardened warriors fought as cohesive units on the battlefield.

Dressed in traditional monk robes, brandishing razor-sharp naginata, the Sohei were often used as shock troops, augmenting the serried ranks of Samurai and Ashigaru that formed the bulk of a Daimyo’s army. While they are most known for their iconic naginata, the Sohei are pictured with swords, daggers, bows, and clubs – opening up plenty of conversion and modeling opportunities. 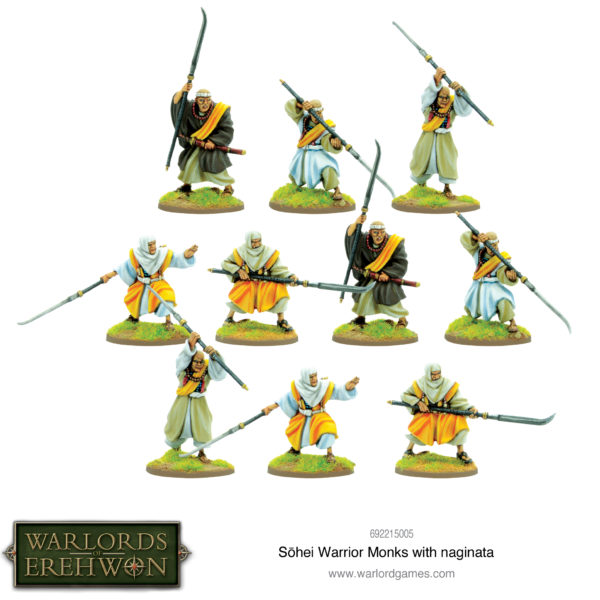 In this set, you’ll get ten fantastic metal miniatures (some of which you may have seen before), which are perfect for either Warlords of Erehwon or Pike & Shotte.

Sohei Monks on the Battlefield

Warrior Unit
Points Value: 132
Special: You can include a maximum of one unit of Sohei Warrior Monks in your warband.

With a strong stat line and a powerful array of weapons at their disposal, use your one unit of Sohei to crush an enemy flank, or shore up your defensive line. With multiple attacks in hand-to-hand, they can unleash a devastating whirlwind on an enemy unit, chewing through hordes or whittling down larger monsters.

Add the Divine Intervention special rule to seize the initiative and support your wild charge across the battlefield. 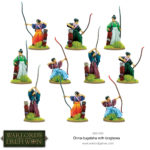 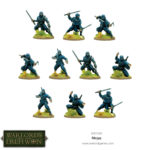 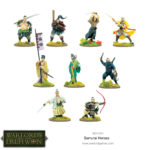 Tom spends most of his time buying books and painting miniatures. He enjoys putting animals on the bases of his miniatures and half-finishing side projects. Some say that he lives in a tower on top of some windswept northern hill with his wife and cow-patterned cat, Spaghetti.
View Profile | View all posts by Tom Mecredy
Warlords of Erehwon: Ninja Warriors
Warlords of Erehwon: Samurai Heroes