The WWII deeds of the US Airborne divisions such as the 101st ‘Screaming Eagles’ and the 82nd ‘All American’ have become legendary. 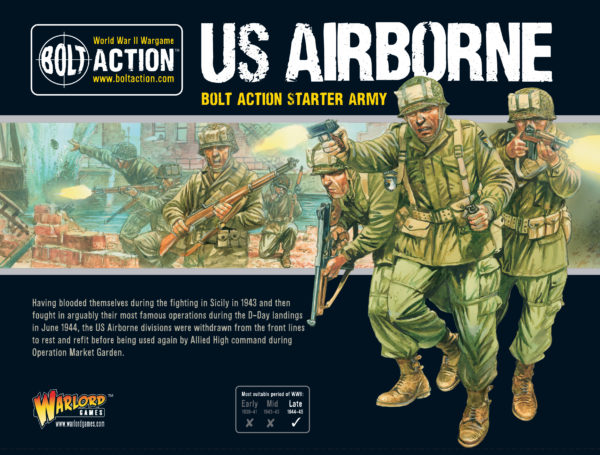 From their role in the ill-fated Operation Market Garden to the crossing of the River Rhine and the push into the German homeland these battle-hardened fighting men have been immortalised in film and television.

This great value boxed set gives you all you need to start playing with the elite forces of the US Airborne. Equipped in the M-43 paratrooper uniforms, introduced in 1944 they are perfect for actions during Operation Market Garden, the liberation of mainland Europe, crossing the Rhine or the final push into Germany itself!

Whether you plan to field them as the 101st ‘Screaming Eagles’ , 82nd ‘All American’, 17th ‘Thunder from Heaven’ or 13th ‘Golden Unicorns’ Airborne Divisions this starter force is built around a strong core of battle-hardened paratroopers and vital support teams the US Airborne are a match for all but the most heavily equipped opponents.

Dropped from their C-47 Dakotas high above the Normandy countryside, the US Airborne found themselves helplessly scattered and separated deep behind enemy lines amid the hedgerow country of Normandy. They had to carry all of the necessary equipment – prepared to drop into entirely surrounded pockets in order to achieve their objectives.

Their heroic actions have immortalised their units – the likes of the 82nd ‘All American’ and the 101st ‘Screaming Eagles’ – whose exploits were captured in the Hanks/Spielberg series ‘Band of Brothers’ – fighting their way through the likes of Carentan, Foy, Bastogne, and right up to capturing the Eagle’s Nest at Berchtesgaden – deep in the heart of Germany. 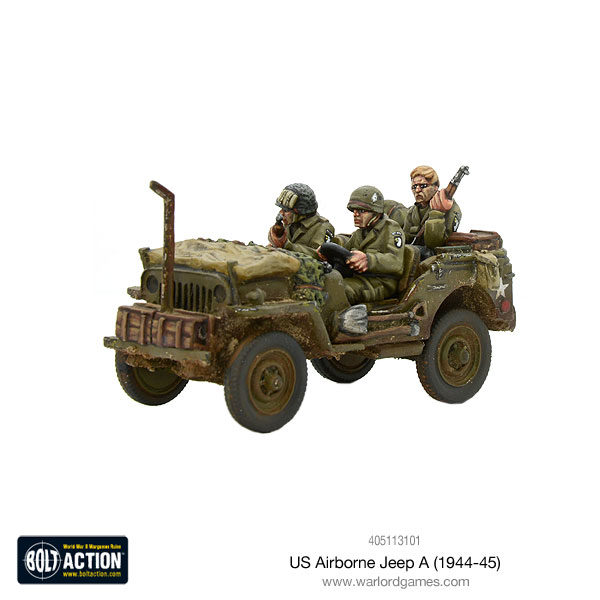 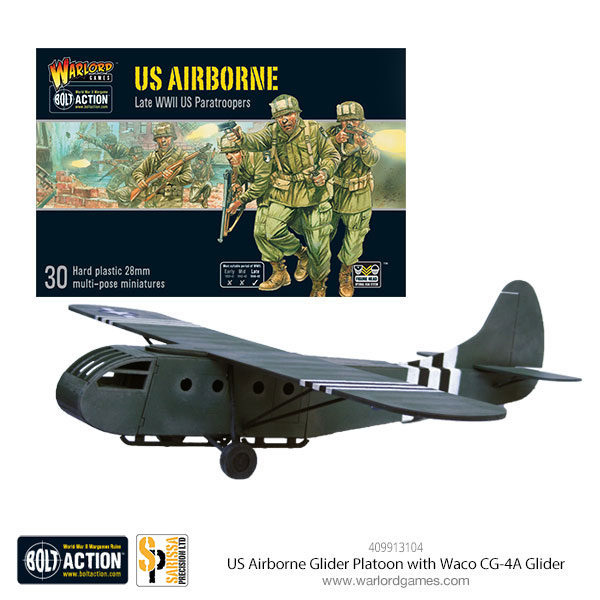 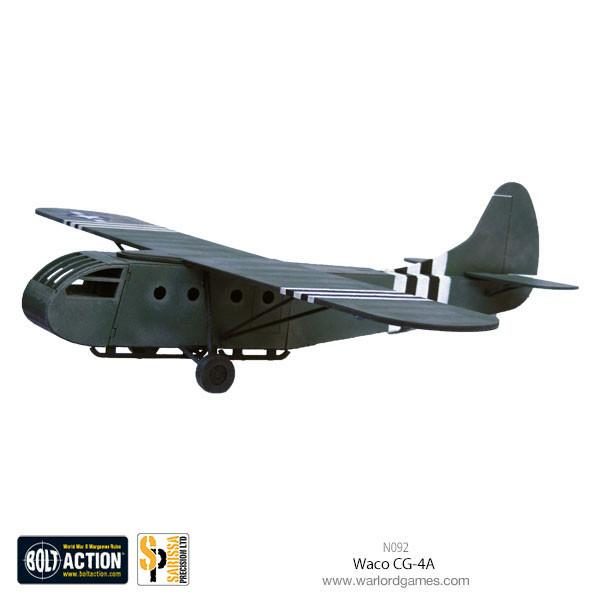