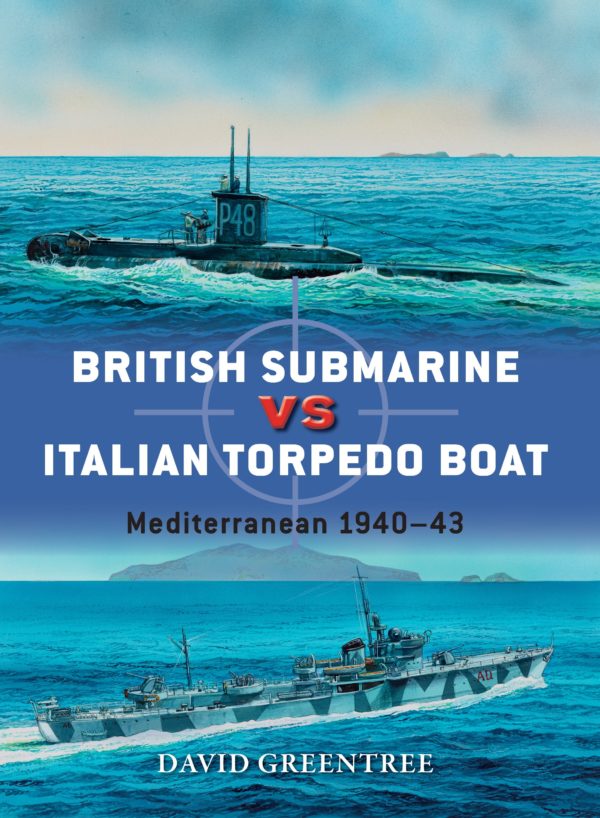 As the war in North Africa escalated, Axis war efforts became increasingly dependent on supply lines across the Mediterranean. To try to cut off these lines of supply the British deployed submarines from the besieged island of Malta with the directive to sink as much merchant convoy tonnage as possible. Italy responded by sending her Torpedo boats to protect and escort Axis convoys.

Featuring specially commissioned full-colour artwork and carefully chosen archive photographs, this engaging study assesses the evolving battle between Britain’s submarines and Italy’s torpedo boats in the struggle for primacy in the Mediterranean at the height of World War II.

David Greentree graduated in History at York before taking an MA in War Studies from King’s College London and qualifying as a lecturer in Further Education. In 1995 he accepted a commission in the Royal Air Force and has served in a variety of locations, including Afghanistan and Oman.

Ian Palmer is a highly experienced digital artist. A graduate in 3D design, he currently works as Art Director for a leading UK games developer, and he has illustrated books for Osprey for more than a decade.

Peter Dennis was born in 1950. Inspired by contemporary magazines such as Look and Learn he studied illustration at Liverpool Art College. Peter has since contributed to hundreds of books, predominantly on historical subjects, including many Osprey titles. A keen wargamer and modelmaker, he is based in Nottinghamshire, UK.