October 1942. Leningrad is under siege, and General Winter is closing his iron fist around the city, already practically encircled by Axis forces. The only way to resupply the embattled city is by ship, across the watery expanse of Lake Lagoda. Covering the approaches to the Soviet Lagoda Flotilla’s bases at Novaya Ladoga is the garrison on Sukho Island.

Desperate to interdict the supply runs across the lake, the Axis has launched an all-out assault to neutralize the shore batteries protecting the anchorage, and strike a devastating blow against the Soviet forces there. Their assault force, supplied by the Luftwaffe’s Einsatzstab Fähre Ost, comprised 11 armed Seibel Ferries, 3 transport ferries, and 7 infantry assault boats, carrying 70 infantry.

We join the action in the aftermath of this disastrous assault – the infantry has pulled back to the transport ferries and assault boats, some of which had to be refloated after grounding themselves on the rocky island. Two of the island’s three 100mm guns have been destroyed, but the last one is proving particularly troublesome, blasting away at the retreating Germans. 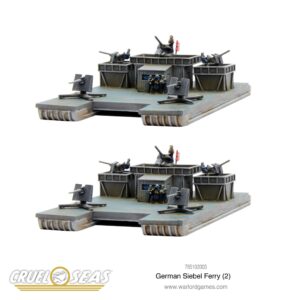 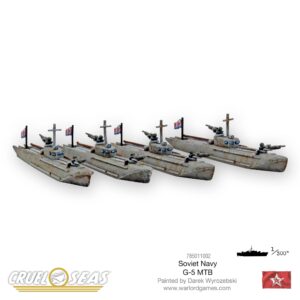 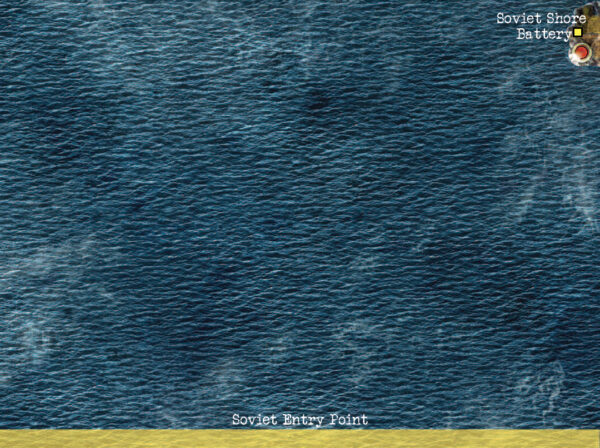 The Soviet force consists of four G-5 motor torpedo boats. They start at combat speed anywhere along the southern table edge with their sterns touching the edge of the board.

The game lasts until both unarmed Seibel ferries have escaped the area or been sunk.

The Soviet player wins when both unarmed Seibel ferries are sunk.

The German player wins by escaping with both unarmed Seibel ferries or sinking all the attackers.

Tom spends most of his time buying books and painting miniatures. He enjoys putting animals on the bases of his miniatures and half-finishing side projects. Some say that he lives in a tower on top of some windswept northern hill with his wife and cow-patterned cat, Spaghetti.
View Profile | View all posts by Tom Mecredy
Spanish Blue Division at the Battle of Krasny Bor
Black Wednesday: The Battle of Krasny Bor