This article is designed to help wargamers understand the many different types of standard and standard-bearer in the Roman army from the time of Augustus until the end of the Principate. 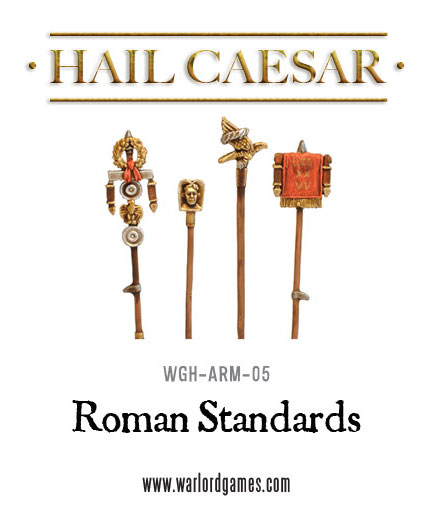 At the lowest level, each century in a legion had its own standard, called a signum, which was carried by a standard-bearer called a signifer. This would be used both as a means of passing on orders (presumably by waving it around) and also as a rallying point, or focus – the men would know the appearance of their own signum, and so could easily locate it in the confusion of the battlefield. 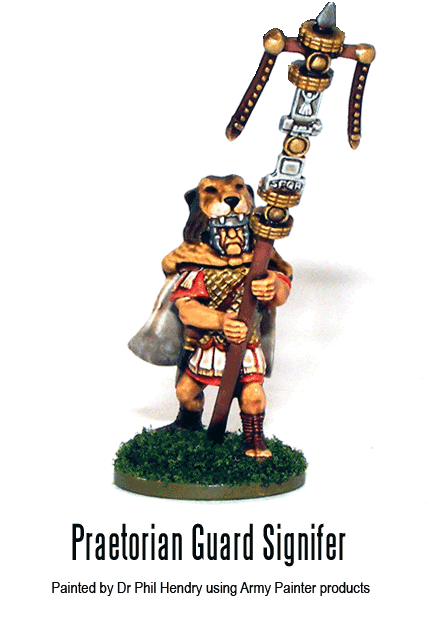 It isn’t known what, if any, standard a legionary cohort carried. A portion of a legion, on detached duty, carried a standard called a vexillum, which was carried by a man called a vexillarius. The name for a portion of a legion on detached duty was derived from the name for the standard – vexillation. It was basically a little flag, but the cloth part hung from a crossbar. On the cross would usually be the legion’s (abbreviated) title, and symbol – often a sign of the zodiac. For instance, Legio II Augusta would be abbreviated LEG. II AUG. and would probably have carried the symbol for Capricorn. 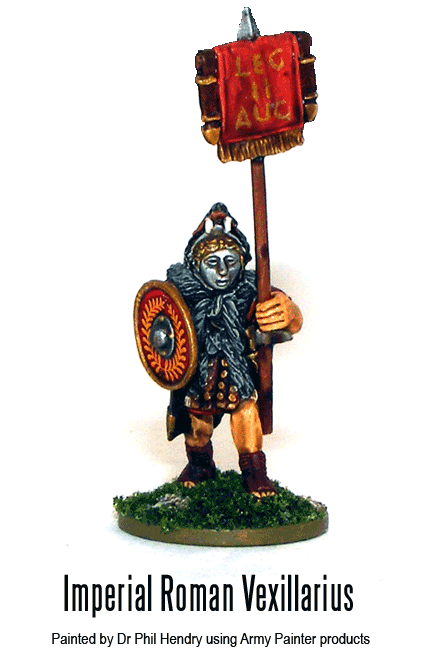 At the ‘top of the heap’, were the legionary standards. Each legion had an aquila or eagle, made of precious metal (usually silver), and presented by the Emperor himself. This was carried by the aquilifer. 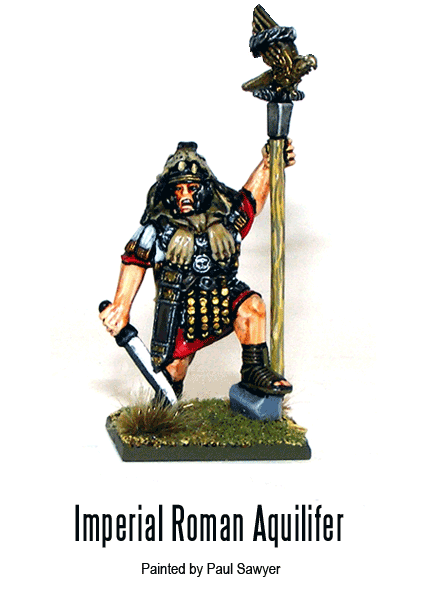 In addition to the aqula, images of the Emperor (and often his family too) were carried – this was called an imago and was carried by an imagnifer. 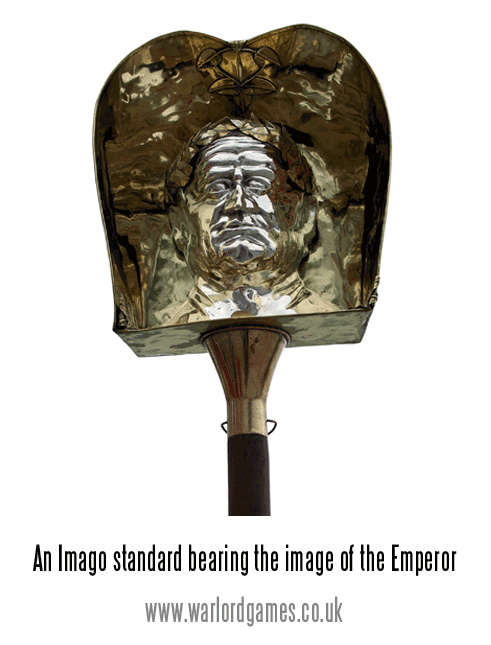 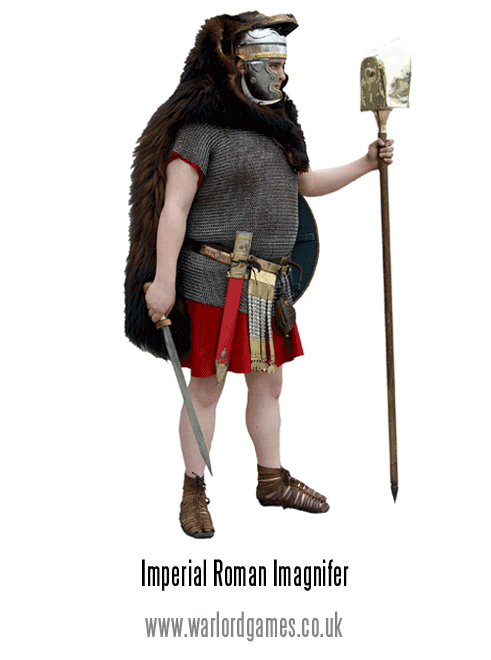 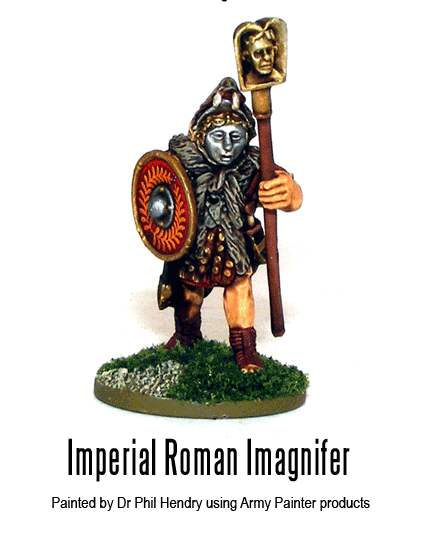 Most standard-bearers were duplicarii, which meant that they received double pay (i.e. twice as much as an ordinary legionary) – 450 denarii in the mid-first century AD.

The Romans were a pretty superstitious bunch, and saw the influence of Gods of one sort or another in everything, and involved in every aspect of life. Life was ruled, and punctuated, by rituals of one sort or another. If you think of someone with a bad case of OCD, you’re probably not far off the way the average citizen behaved – unable to get through the day without performing all sorts of little ‘rituals’ to placate the gods.

The army wasn’t a whole lot different, despite our inclination to think of them as a modern, rational, military force.

Standards had spikes on the ‘butt’ end, so they could be stuck in the ground, and handles for uprooting them again. It was considered a bad omen if, on trying to uproot the standards when breaking camp in the morning, one became stuck in the ground. 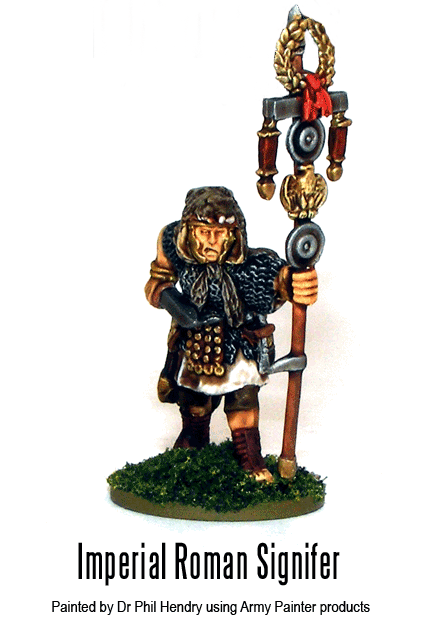 Or this Mega Army!