Buildings and the Bolt Action Battlefield

Chris Brown is here to talk about buildings on the battlefield and how they truly affect us during our game and out of it. 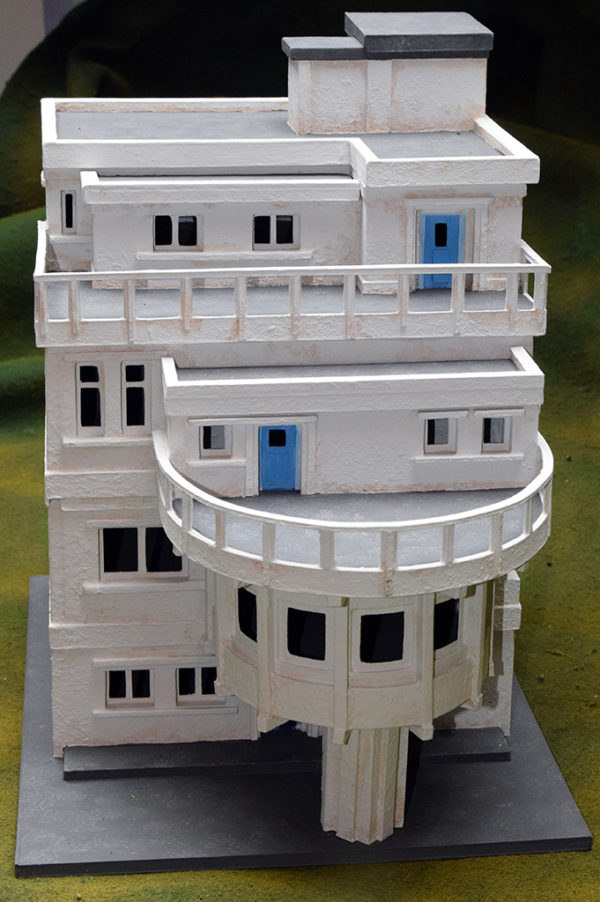 Chris: Wargame architecture can be a bit of a bugbear; what exactly do we want our model buildings to do? Obviously we want them to be part of the game – affording cover, blocking lines of sight and with any luck collapsing under the fire of our tanks or artillery and thereby burying our opponent’s units. We also want them to look good, though in truth most of us do not put the same effort into our scenery as we do our figures and vehicles. In a perfect world we also want our buildings to represent the location in which our games are set. Manufacturers encourage this. How many older players did not /do not own the old Airfix ‘La Haye Sainte’ farm courtyard? Fortunately it has a wider application than just the battle of Waterloo; it’s a very useful set since the buildings are good for pretty much anywhere in northern Europe from perhaps 1750 (if not earlier) to the present day. 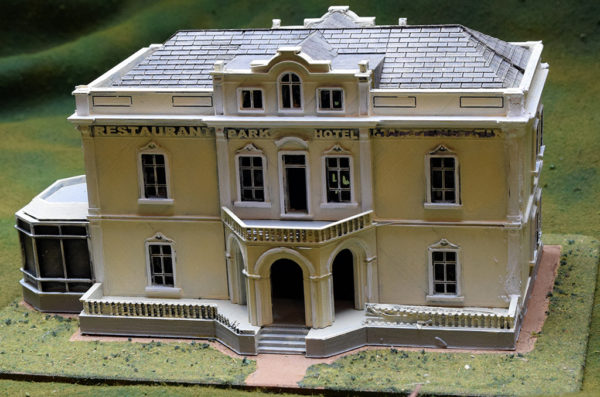 The same can be said for a lot of other tabletop favourites. Many readers will recognise the Hartenstein hotel (courtesy of Paul at Wow! Buildings) which was the headquarters of the British Airborne Division during the battle of Arnhem. Obviously it fits in well as a substantial country house or small mansion for any 19th or 20th-century European location, but actually it‘s also fine as a colonial construction. It could just as easily be in Malaya, Burma, the Netherlands East Indies, the Philippines or North Africa.

Of course not all buildings are quite so flexible. The large white Art Deco piece with the semi-circular balcony (courtesy of Geoff Lacey at Purple Lion Creations) is a representation of a very specific structure; the Rhine Pavilion at Arnhem. It was a very popular stop-off for pleasure cruisers on the Rhine from 1935 to 1940. In common with about 200 other Arnhem authors I have written that the Pavilion was destroyed in the fighting; it one of those things that ‘everybody knows’. Not only is this untrue, but is now part of the NH Rijn Hotel my wife Pat and I have stayed there many times and fought a lot of Bolt Action battles on that big round balcony. Incidentally, Arnhem enthusiasts may want to join a group of us at the hotel for the commemorative weekend 21-23rd September – lots to do and see during the day and great big Arnhem wargames in the evenings.

Naturally, as wargames buildings go, it’s a bit of a self-indulgence, but it’s still usable for other locations. There are many Art Deco hotels and clubs around the world that are not entirely dissimilar. 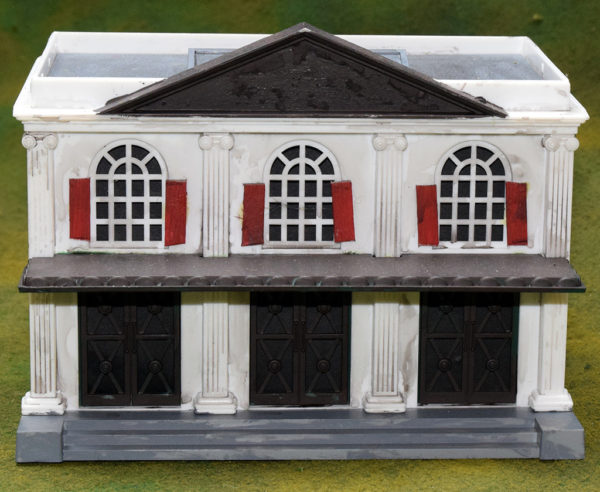 Not all wargame buildings represent specific structures of course. The third picture isn’t even a wargame model, it’s an ‘O’ gauge station model from Plasticville. With the railway platform removed, a bit of brown paint here and there and some red cardboard shutters it will stand in fine for the Dreyerood Hotel in Oosterbeek in 1944, but it will also be a rubber plantation house in Malaya next week and when we get some Chinese troops organised it will serve as a merchant’s house on the Bund in Shanghai. 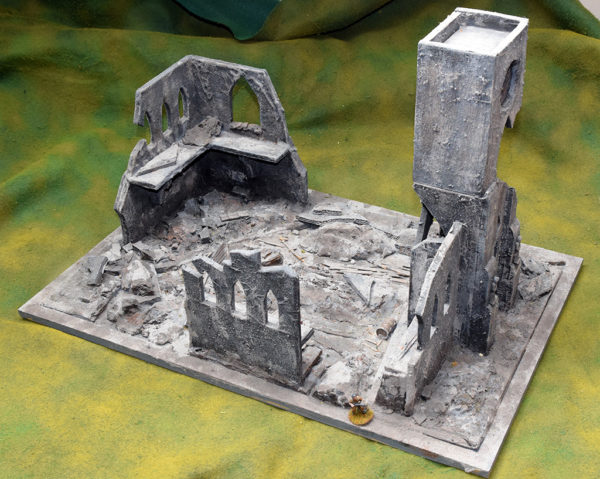 At first glance the final picture is very ‘Europe specific’…a great big ruined church. In fact, it started life as three separate ruin structures for fantasy games (courtesy of Stephen Renwick of Thule games). Although we re-purposed the original parts into a modest ruined church for 54mm games – yes; we are sad individuals who play Bolt Action in 54mm. It makes a perfectly adequate ‘big’ church or abbey or maybe even a cathedral for our 28mm collections. What is more, it’s not really limited to Europe, nor even to being a church. Wherever the Europeans went as colonisers, they took gothic architecture with them. It has, in the past, represented the wreckage of a government building and for the sake of positioning it beside some railway tracks and removing the upper part of the tower the ‘big church’ has also been known to serve as a bombed-out railway station.

A big issue with scenery in general and buildings in particular is storage space. We’re lucky enough to have room for a fairly large permanent table so we can shove our buildings underneath it, but for a lot of players, space is a challenge. There’s a lot to be said, therefore, for ruined buildings. If they’ve been reduced to the ground floor walls and some rubble the structure takes up less room than two or three-floor edifices. Moreover, they are relatively international in appearance. Most model houses and other small buildings such as barns are really only suitable for either Europe or Asia. A cute thatched, half-timbered cottage that is fine for Britain of France will not look good in Tunisia or Hong Kong, but a ruined brick building can be just about anywhere…especially if you don’t look too hard! 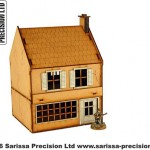 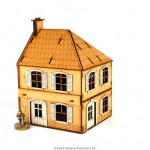 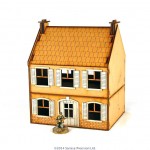 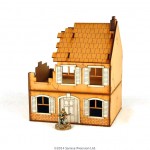 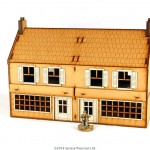 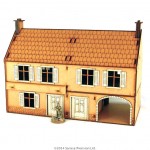 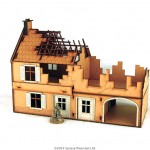 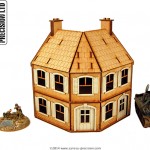