Hail Caesar is a game of massed combat in the ancient world. This guide aims to steer you through the eras and peoples the wargame covers.

Although Hail Caesar’s ruleset has its roots in the Black Powder system, it encompasses over 4500 years of military campaigns and conquests. As such there are some vital differences, not least of which is the vast variety of troop types and methods of fighting employed by myriad empires over thousands of years. The game takes pain to highlight the nature of massed battles in the ancient world, placing its focus on the idea of the manoeuvring of an army, rather than the individual unit. These were eras where protracted brutal close-quarters fighting took centre stage over the lightning strikes of cavalry and missile fire. These skirmishes were brutal and protracted anchoring points on the ancient battlefield. 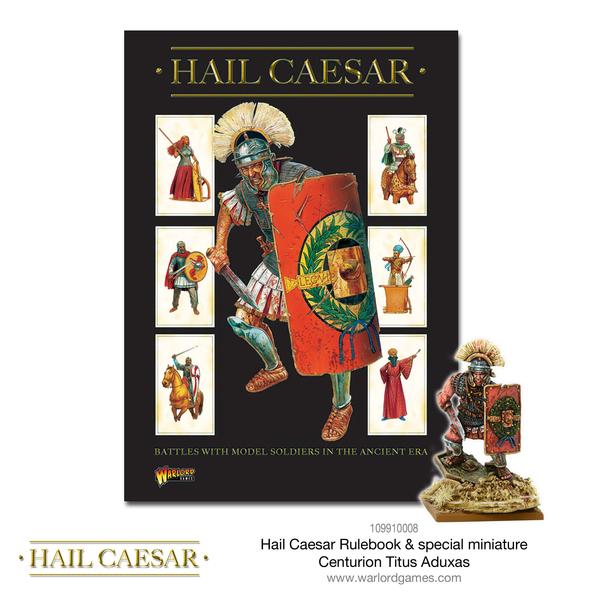 Whilst the Hail Caesar rulebook contains all the rules needed to play and details battles from 1274 BC to 1148 AD, there are a number of supplements which explore certain periods in the ancient world in greater depth, allowing for an ever-larger variety of armies to be fielded with as much historical accuracy as possible. These supplements are detailed below: 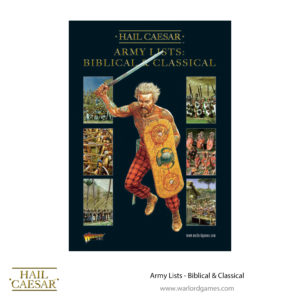 This supplement to Warlord Games’ Hail Caesar rulebook contains army lists and gaming stats for no fewer than sixty-three armies of the ancient world. The armies included in this book take us from the dawn of civilisation up to the mid-third century AD. The purpose of the book is to provide players with special rules and army compositions for their collections of miniatures – that are not necessarily covered in depth in the main Hail Caesar rulebook. 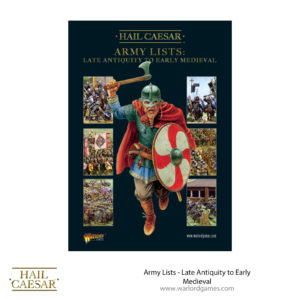 This supplement to Warlord Games’ Hail Caesar game contains army lists and gaming stats for no fewer than sixty armies of the ancient and early medieval world. The armies included in this book take us from the mid-third century AD to the early thirteenth century. The army lists presented allow players to use army compositions and special rules pertaining to their collections. 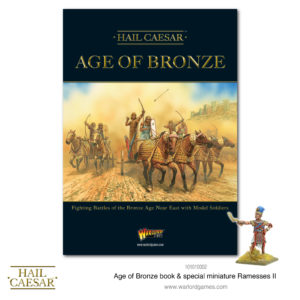 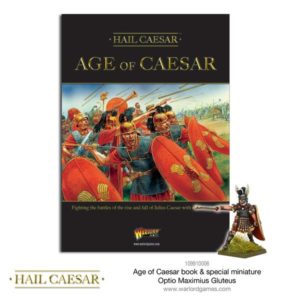 Gaius Julius Caesar was surely the most famous Roman of all time – conqueror, statesman and founder of an empire that would shape the destiny of the world. What’s more, we know just how great a commander he was because he took the trouble to write and tell us so, recording his heroic exploits in all their gloriously impressive detail. This book chronicles the military deeds of Caesar and invites you to come, see and conquer for yourself with scenarios representing some of the leader’s greatest battles. 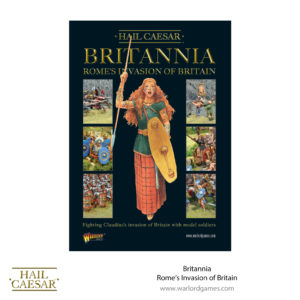 In 43AD Aulus Plautius led the Roman legions to the edge of the known world: to the mysterious land of the Britons. Emperor Claudius demanded a victory and what better way of doing it than to bring this savage nation under the Roman yoke. The mighty military machine that was Rome had just to tend to a mere patchwork of tribes and barbarian warriors. Though the Britons were defeated in open battle, the Roman occupiers became subject to the guerrilla tactics of Caractacus, and the subsequent rebellion of Boudica, Queen of the Iceni

This book is the story of the Roman invasion of Britain, from the Claudian Conquest and wars of Caractacus until the defeat of Boudica and the destruction of the druids upon Mona. 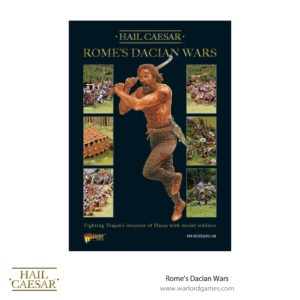 At the end of the first century AD, the Roman Empire was the greatest military power the world had ever seen. All of Western Europe south of the Rhine and the Danube, southern Britain, North Africa, Egypt, the Balkans and most of the Levant was under its control. The mighty Roman army and its legions had rarely known defeat in living memory and never for very long.

One upstart state and its wily, aggressive leader refused to bend the knee. For almost twenty years, and against all odds, King Decebalus of Dacia defied Rome from his fortress capital deep within the Carpathian Mountains. Composed of thousands of savage tribesmen, heavily armoured Sarmatian lancers and even captured Roman weapons, Dacia’s armies proved to be powerful enough to keep the legions at bay. All this was to change with the ascension of the soldier-emperor Trajan, leading to one of antiquity’s greatest conflicts: the Dacian Wars. 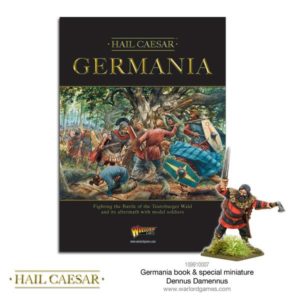 This sourcebook chronicles the devastating blow suffered by the Romans in the Teutoberger Wald at the hands of the Germanic tribes led by Arminius. The battle, also known by the Romans as the Varian Disaster, saw the Germans ambush and destroy three Roman legions and their supporting troops. The book covers both the battle and the aftermath – a period that was something of a watershed for Rome’s ambitions in Germany… 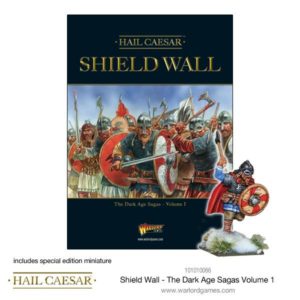 A notoriously unstable and rebellious member of the Roman Empire, Britannia was thrown into bloody conflict as the Western Roman Empire began to crumble. Axe, spear and sword became the dominant currency for those vying for control of the kingdoms. Shield Wall deals with the Dark Ages as they unravelled between 400 and 1000 AD, and is broken into three ‘periods’: the post-Roman migration, the Heptarchy and the Viking era.