Our guide to the conflicts of Black Powder steers you through the contents of each supplement released, and which battles they allow you to reenact.

The Age of Horse and Musket

Black Powder allows you to become the tabletop general of serried ranks of infantry, swift cavalry and thundering cannons. The system allows you to revisit some of the most iconic battles of all time.

As well as providing for the fundamentals of warfare such as the command of troops, movement on the battlefield, the effects of musketry and artillery, and the role of morale, Black Powder includes further rules and examples to allow you to recreate famous battle with your model soldiers

Covering almost 200 years of military history, Black Powder can broadly be defined by its namesake – times when warfare was conducted with muskets and cannons, and gunpowder was the most sophisticated invention of the battlefield. We stretch this definition slightly to include the latter half of the nineteenth century. The game, therefore, encompasses 1701 to 1898, from the War of the Spanish Succession to end of the Second Sudan War. 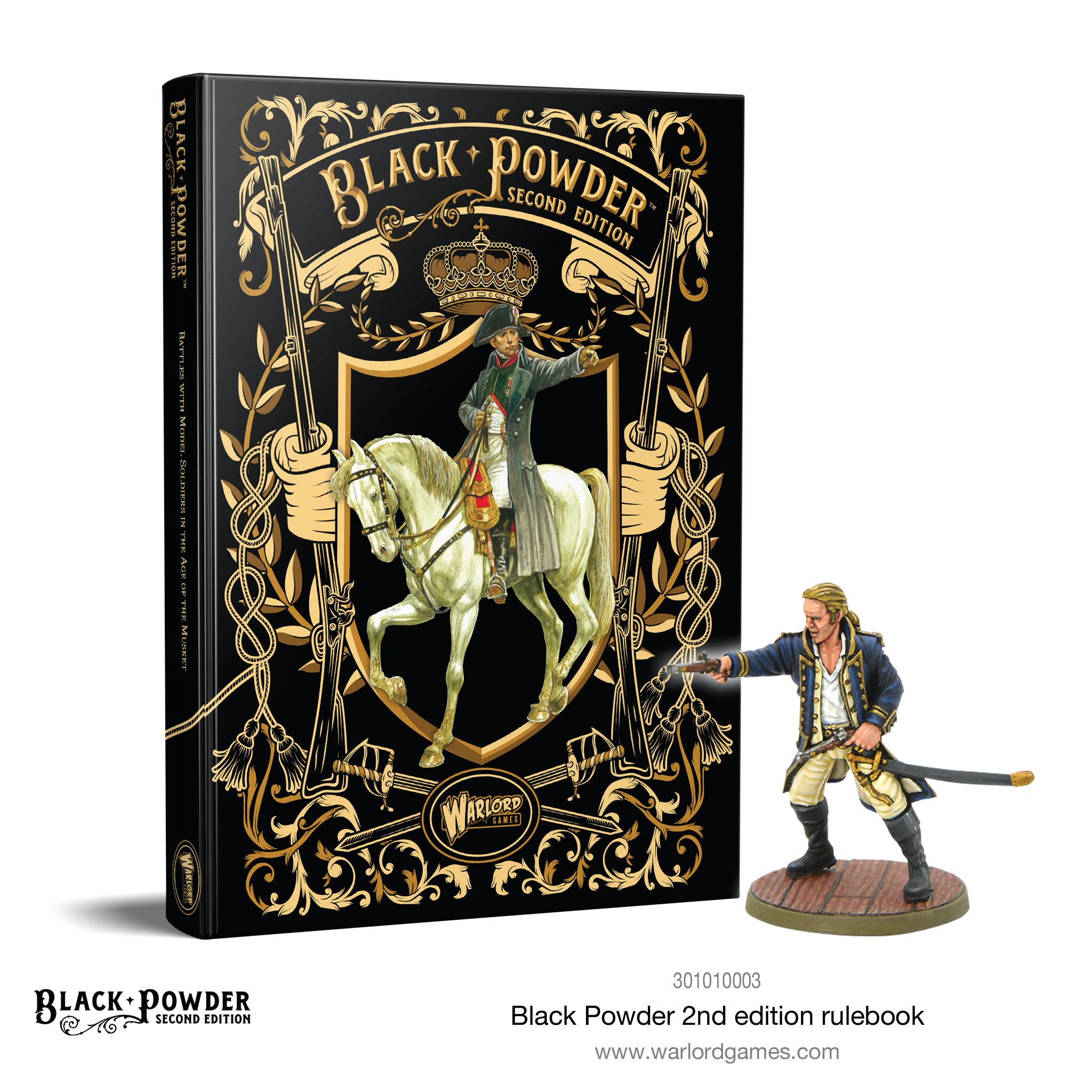 Since Black Powder’s inception, the range has expanded, with numerous supplements tailored to specific periods and theatres of warfare, detailed below in chronological order: 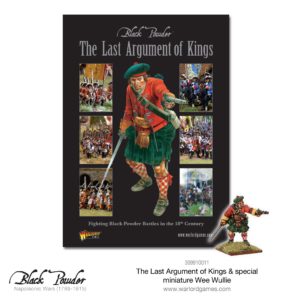 The development of the flintlock musket at the dawn of the 18th century heralded a drastic change in the way wars were fought in Europe. By the time of the Seven Years’ War, practically all European armies adhered to similar organisation and principles. All of Europe seemed to have been at war at one time or another during this period – with conflicts stretching across continents. This period proved to be the swan song of those who wore crowns and commanded grand armies in their fights for lands, wealth and indeed succession, before the end of the century when parliaments became the real power. These were the Last Arguments of Kings. 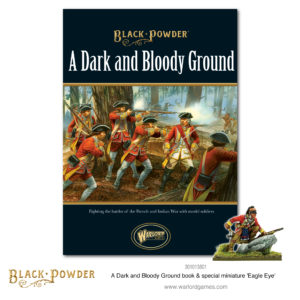 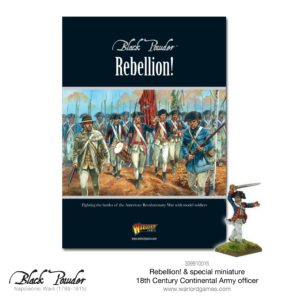 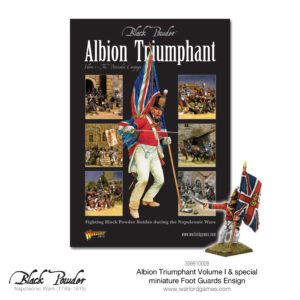 Albion Triumphant, as the title suggests, focuses mainly on Britain’s war with France during the Napoleonic period. Although other nations were involved (and are covered in places of overlap), the lion and the Cockerel were the super-powers of the early 19th Century it is only fitting that these two be the focus. Napoleonic armies fought differently to prior armies; with the French being ill-equipped to supply its forces in a protracted conflict.

A Clash of Eagles 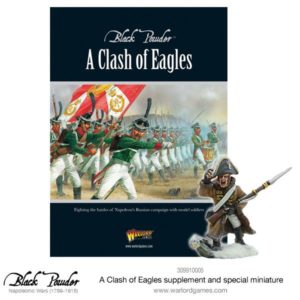 Referred to as the Second Polish War, Napoleon launched a disastrous campaign in Russia in 1812. This conflict saw the ‘army of twenty nations’, some 600,000 men, defeated over a period of just five months, and arguably was the catalyst of Napoleon’s eventual downfall. 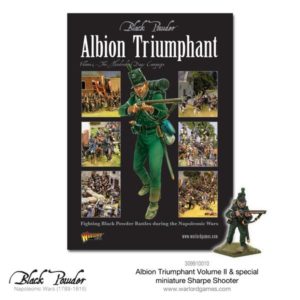 Following the crushing defeat of Napoleon’s Grande Armèe in the Russian campaign of 1812, and continued bitter fighting, Napoleon (after a brief abdication) needed to act swiftly to eliminate the outnumbering armies of Britain and Prussia. He enacted an audacious plan to invade Belgium and sweep away the armies of Wellington and Blücher. For his part, Napoleon lacked the qualitative troops of experience he had wielded so effectively in the Peninsular Campaign, suffering from a distinct lack of veterans, many of which had been deployed to the Americas in the War of 1812. Albion Triumphant Volume 2 chronicles the latter days of the Hundred Days Campaign, culminating in possibly the most famous battle of all time, Waterloo. 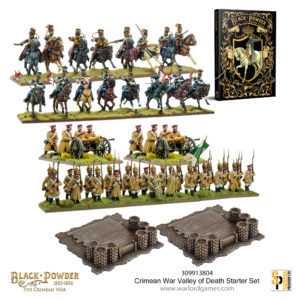 The Kingdom of Sardinia, keen to gain recognition in the eyes of Britain and France, joined the alliance, while Greece attempted unsuccessfully to make gains from the Ottoman Empire.

The war saw the great powers of the age funnel men and materiel into a barely ordered organisational nightmare, punctuated by slaughters that presaged those of the American Civil War less than a decade later. 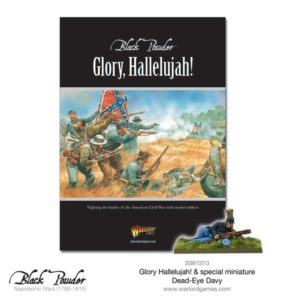 In 1860 Abraham Lincoln was elected President of the fledgeling United States of America. Years of seething hostility between the North and South boiled over as the Southern States saw Lincoln’s election as a direct threat to their rights, and the nation fell apart as a new Confederacy was formed in the South. The Confederacy, striving to assert its independence, opened fire on the Northern troops occupying Fort Sumter in Charleston Harbour on April 12th, 1861. Determined to preserve the Union, Northern troops headed south and on to Richmond! Over the next four terrible long years, American armies tramped across American fields and burnt American farms as Americans killed Americans in a war the likes of which the nation had never seen before. The epic battles fought during the American Civil War proved beyond all doubt that war can be ‘all hell’. 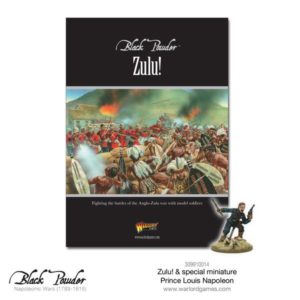 The Anglo-Zulu War was fought in 1879 between the British Empire and the Zulu Kingdom. Following the successful introduction of federation in Canada, it was thought that similar successes might be found in South Africa if coupled with military campaigns. The Kingdom of Zululand found the British issued ultimatum, that required the disbanding of the Zulu army and the abandonment of certain traditions, unacceptable. Thus, the Anglo-Zulu war erupted, with the resultant bloody battles attaining legendary status.

Blood on the Nile 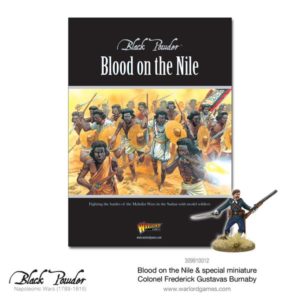