This week, we’re exploring the (relatively) placid waters of the Mediterranean Sea, the perfect setting for a myriad of Cruel Seas battles!

The Mediterranean pitted the Royal Navy against the Italian Regia Marina for the first period of the war. Both navies had well-equipped light coastal forces who knew the local seas well enough, the Mediterranean being a kind sea to frail small wooden boats, unlike the frightening North Sea or the Pacific.

Principal British bases existed in Malta, Gibraltar and on the Egyptian Coast. Depot ships could allow a small unit to operate independently of a harbour for a number of weeks if needs be, seeking new and hidden base of operations amongst the myriad of islands in the Aegean Sea. 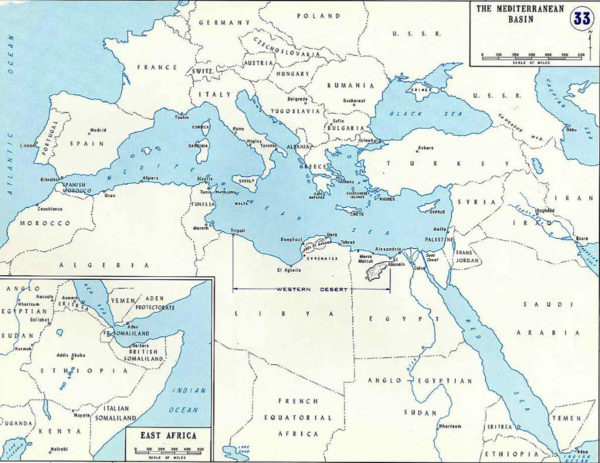 The Mediterranean basin and its environs.

PT boat in a temporary harbor.

The Italians claimed with some truth that the Mediterranean was “their sea” and they aimed to keep it!

Italian forces had the advantage of a true home base, the unsinkable aircraft carrier that was Italy. They claimed with some truth that the Mediterranean was “our sea” and they aimed to keep it! Principal naval bases were Taranto, Brindisi, Sicily, Naples, Cagliari and later Crete.

An Italian MAS boat on operations in the Mediterranean.

Cooperation between naval forces and Italian air forces was rarely good and there was no Italian fleet air arm. Service rivalries thus got in the way of joint operations.

The British and Italians sparred with each other until the Germans joined the fray, sending light forces in to help their allies and to protect the vital convoys to Rommel’s Afrika Korps, desperate for food, petrol and munitions. This led to an Axis superiority for a time and the British forces were put on the back foot.

America’s entry into the war helped balance things up and soon hundreds of aircraft and dozens of the new PT boats were learning the ropes from their British comrades.

America’s entry into the war helped balance things up and soon hundreds of aircraft and dozens of the new PT boats were learning the ropes from their British comrades. American technology and design was a welcome addition to the Royal Navy’s capabilities, and soon combined units were seeking out German and Italian convoys, using the excellent American radar and radios to stalk Axis shipping before a combined assault from the mixed flotilla.

A flotilla of Royal Navy MTBs!

The Mediterranean was the grave of many submarines of both sides. The clearness and shallowness of the sea meant that submarines could literally be seen from aircraft and surfaced ships even when submerged, making it much easier to stalk and sink them.

There was fierce fighting when the Afrika Korps and Italian forces withdrew from North Africa back to Sicily and Italy. A huge operation was begun to get their surviving forces back home, and there were many night actions when Allied patrols attempted to sink troopships going north.

Siebel ferries and F-lighters had a dangerous reputation as impossible to torpedo and tough to take out with small guns.

These were vigorously defended by all manner of vessels, but commonly by Siebel ferries and F-lighters who both had a dangerous reputation as impossible to torpedo and tough to take out with small guns. The British had to resort to outfitting landing craft with Royal Marine crews and 5.7” guns guided by American radar plots to overcome them. 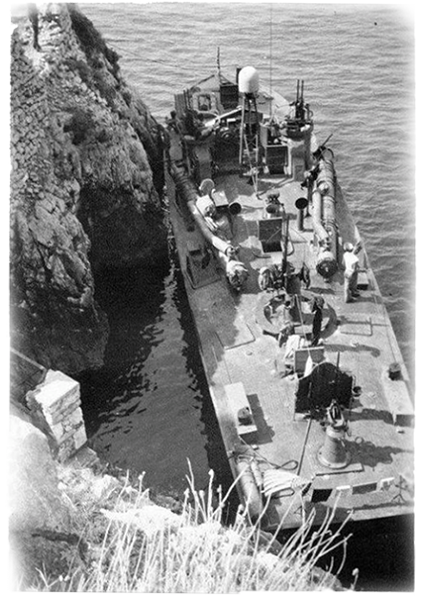 By war’s end there was much work to do in attacking and defending tiny convoys of caiques, small sailing boats, or motor boats that gallantly brought supplies and reinforcements to isolated island garrisons, and also the dropping off of agents and larger units of SAS, SBS and Brandenburgers; all great subjects for scenarios!

We want you to send in your scenario ideas along with an introduction paragraph to armies@warlordgames.com…

Who knows – your scenario could be in a future Newsletter!

Cruising in the Mediterranean

Check out our handy guide on building islands for the Mediterranean written by Studio Head Paul Sawyer, and grab some of our brand new lighthouses – these make the perfect centrepiece to any Cruel Seas table! 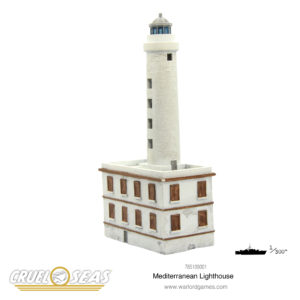 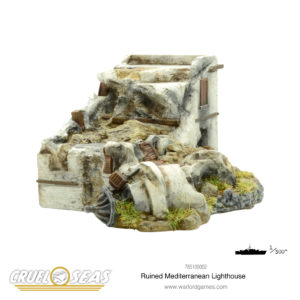 Tom spends most of his time buying books and painting miniatures. He enjoys putting animals on the bases of his miniatures and half-finishing side projects. Some say that he lives in a tower on top of some windswept northern hill with his wife and cow-patterned cat, Spaghetti.
View Profile | View all posts by Tom Mecredy
Mantic Kickstarter for TerrainCrate 2: Crate Expectations
Spotlight: Aircraft in Cruel Seas