Beyond the Gates of Antares, Concord, Gaming & Collecting, Tactics

With the X-Howitzer comes devastation! Games Designer Rick Priestley introduces us to this awesome piece of artillery and how he conceived its use tactically within the Gates Of Antares game: 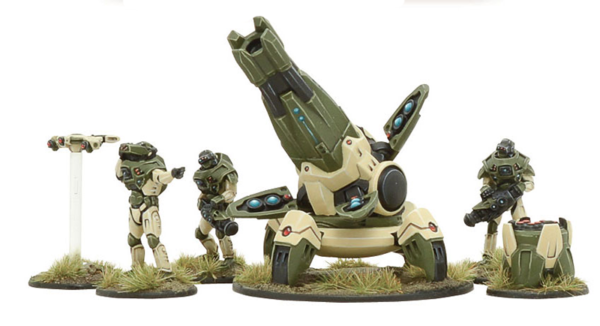 Rick: The X-Howitzer is a large magnetic artillery piece and as such it is the sort of thing we might expect to see in bigger games, positioned well to the rear from where it can pound enemy positions with impunity. With a maximum range of 250 inches – over 20 feet – you’ll be doing well if you have a table large enough to exploit this machine’s potential! On a more modest tabletop you will find yourself within effective range – 50 inches – in most situations. Be mindful of the minimum range though – 10 inches. 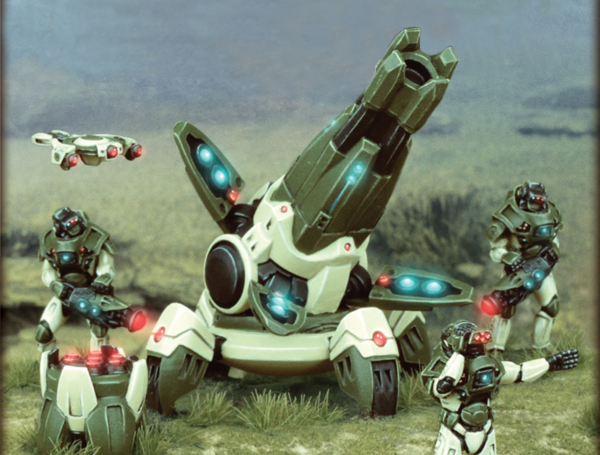 Like all Overhead shooters X-Howitzers are not always the most accurate of weapons, but precision attack is not what these monster-machines are all about. Massively effective with a Blast value of 10, and ignoring Res bonuses for cover, they can be used to force enemy out of positions practically invulnerable to lesser weapons.

As well as shells with an explosive blast, X-Howitzers have the usual choice of special ammo (See pages 87-89 Antares Rule Book), of which Net is often preferred. These are shells that erupt to form a short-lived but powerful suspensor field, knocking men to the ground, disrupting systems, and immobilising both machines and troops. In the Antares game units hit by Net shells acquire pins, and those that suffer enough pins can be taken out permanently, so the X-Howitzer’s D5+1 (roll a 10 sided die, halve the result and add 1 for the total) can be decisive in this respect. This can make them very useful against even heavily armoured targets.

In smaller games X-Howitzer positions can make good and not entirely helpless objectives for an attack/defence scenario, where their distinctive appearance makes for a splendid looking tabletop too! 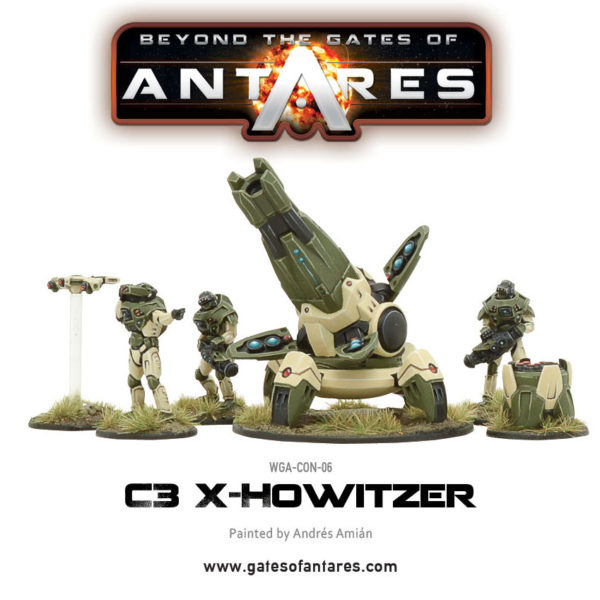 Support your Concord or freelance to your Freeborn with our rapidly growing range: 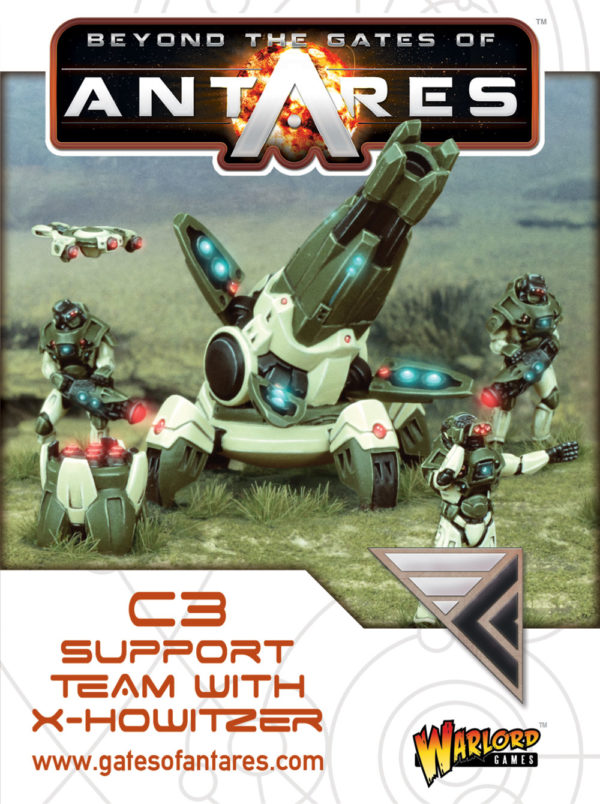 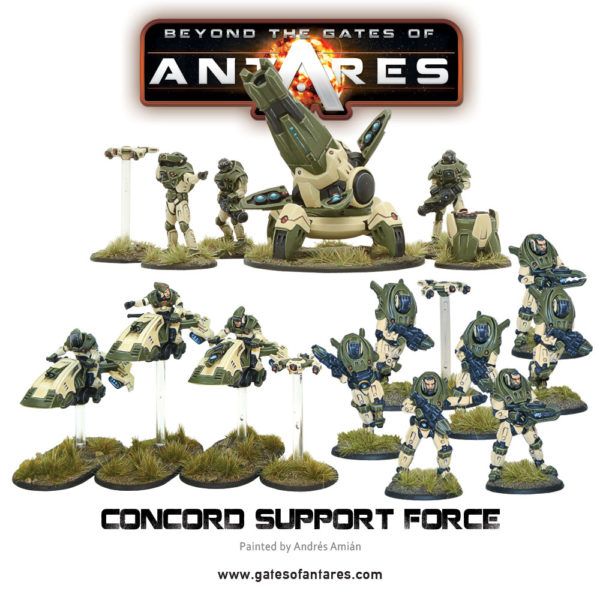 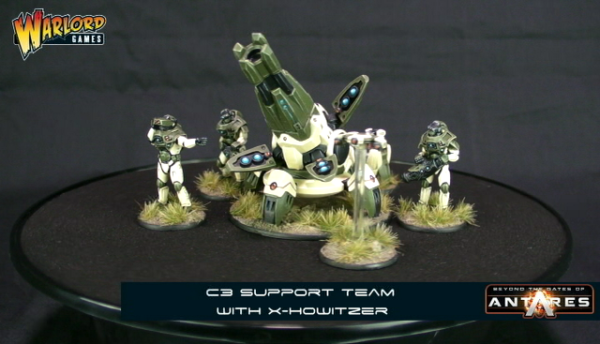