Spotlight: Statistics to the Rescue

We’ve all had those games where nothing’s gone our way. Units refusing to move, shots hitting everything but their target. Rob Cook has been taking a look at the maths behind the game, and how it can help us fix our bad luck!

Another tournament, another finish near the bottom of the rankings. The Seagull Has Landed 5 was an excellently run day, and my opponents were sporting people to play against. Yes, I had fun (as I always do at these things), but three tournaments this year have seen me perform dismally in game terms. 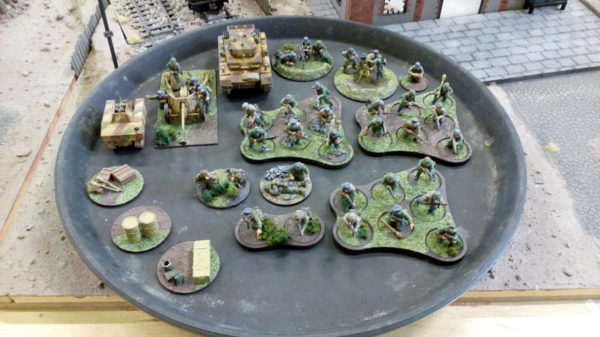 I was sure that this year would be different. Playing late war Fallschirmjager, I was confident in the ability of my troops to weather any storm. Instead, my sniper routinely failed to hit anything, my men often ignored my orders, and my feared machine guns missed more often than they hit.

What was going wrong? Time to do some maths!

Over the course of a 6 turn game (assuming the sniper gets to shoot every turn, unimpeded by pins or the loss of their spotter), the odds of hitting and killing one target during the game are 99% – dropping to 73% if the target is veteran. Put another way, there’s approximately a 1/4 chance my sniper wont be able to kill a veteran target, even if he shoots at them all game!

Lesson learnt – snipe at the regulars

In the first game of the tournament, I weathered a pretty heavy preliminary bombardment from my Belgian opponent. Every unit racked up pins. Ha!  – I thought, my veterans will shrug that off easily. Except they didn’t. A couple of units managed to follow orders right off the bat (thanks to the presence of an inspiring LT), but most of them simply went down, cowering from the onslaught. 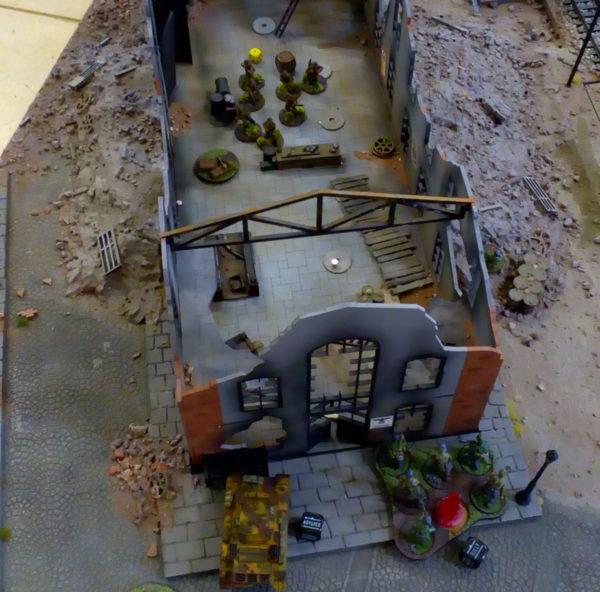 Where my expectations of the men unrealistic?

Rounded to the nearest whole percentage point, the odds of making an orders test look like this:

So yes, I was unlucky to have so many of my units fail to respond to my hastily barked orders. That said, the odds for a lot of the rolls were much closer to 50/50 than I thought. Little wonder my pinned veterans were never able to return fire over a hotly contested objective later in the game. Four pins were enough to tip the odds firmly in favour of them going down instead of pulling the trigger!

Lesson learnt – try and rally the troops if they have 3 or more pins.

With an LMG in each of my squads spitting out 5 shots (thanks to Hitler’s Buzzsaw), I was confident I could quickly pick off the enemy. Time and again though, my bullets failed to make an impact. Every commander knows that cover and going to ground play a crucial role in determining whether a target lives or dies, but just how much of impact does it have? 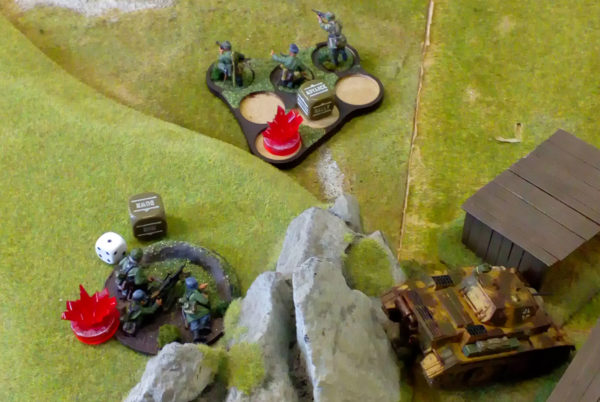 Rob’s MMG team comes under fire at the Seagull has Landed!

Rounded to the nearest whole percentage point, the odds of at least one kill from a German LMG look like this (for regular and veteran targets):

Lesson learnt – tough targets are best dealt with by indirect HE (or a flamethrower).

Bolt Action is an incredibly fun game. Part of that is due to the simple mechanics, and the lack of heavy math required on the part of the player. Hopefully, I’ve shown that having some grasp of the odds can aid your battlefield decision making. That said, in times of battle, the odds are seldom the deciding factor. Sometimes the men have to dig deep and take that objective under heavy fire or squeeze off that last round in hopes of dislodging a dug in target.

Bolt Action should not just be about playing the numbers. The best moments are the ones where the unexpected happens. In Bolt Action, that seems to be more often than you might think!

Rob submitted this article to us through armies@warlordgames.com. If you’ve got an article that you want to share with us, send it to that address and we’ll do our best to get back to you.

Tom spends most of his time buying books and painting miniatures. He enjoys putting animals on the bases of his miniatures and half-finishing side projects. Some say that he lives in a tower on top of some windswept northern hill with his wife and cow-patterned cat, Spaghetti.
View Profile | View all posts by Tom Mecredy
Spotlight: Playing Cruel Seas!
Spotlight: Blood Red Skies – Transport Hunt