We got a chance to take another look at the winner of our Summer Offensive: Painting Competition Individual Unit category. Jamie’s Last Levy impressed the judges with his crisp, clean paint job and exceptional attention to detail.

The miniature I least like is the party official as he looks like he has no combat experience.

I chose the Last Levy because of the diversity in characters and uniforms in the unit. I like how they depict the last stand of the war. Young boys and old men alike made to fight with little to no hope of no success. 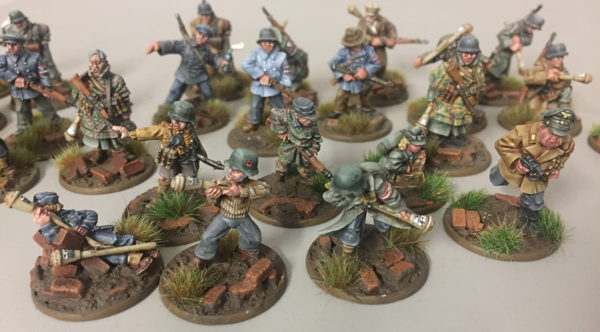 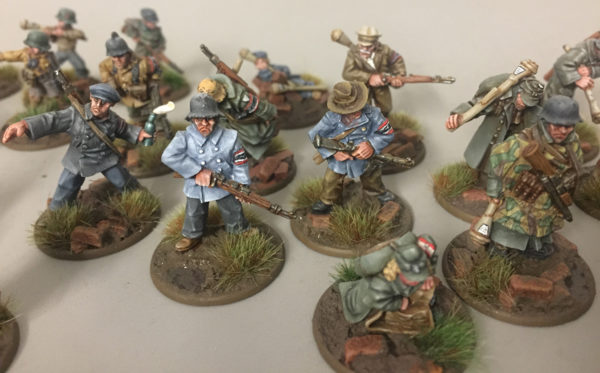 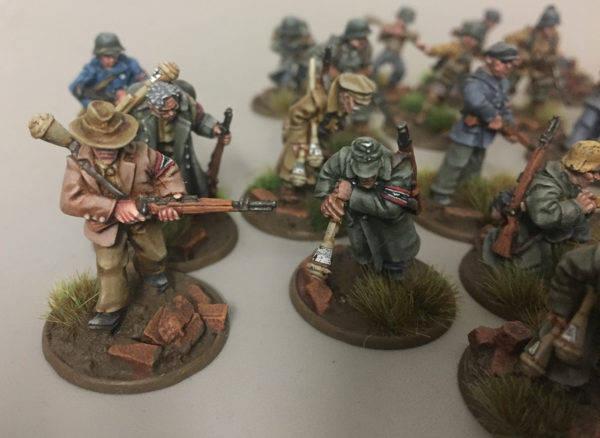 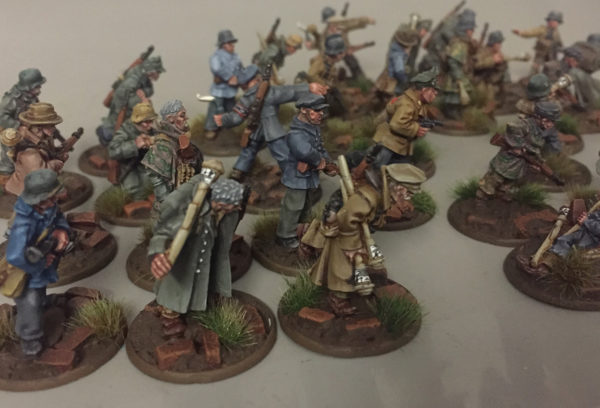 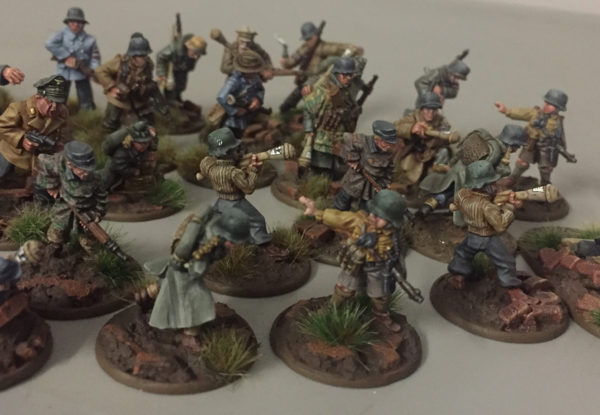 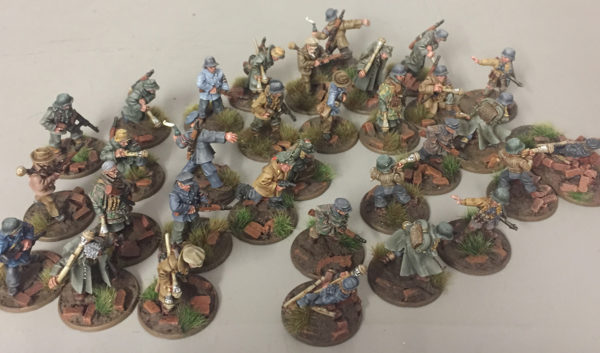 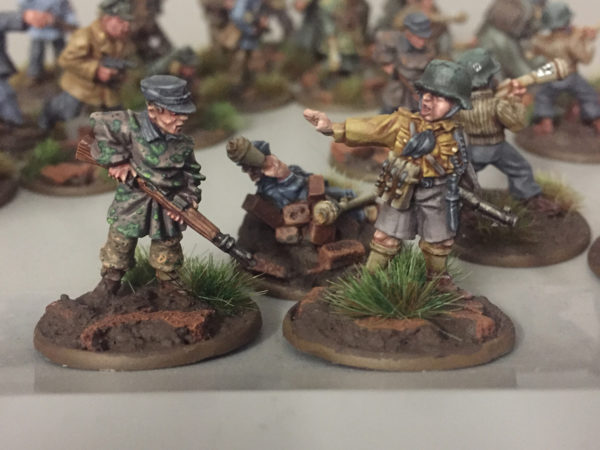 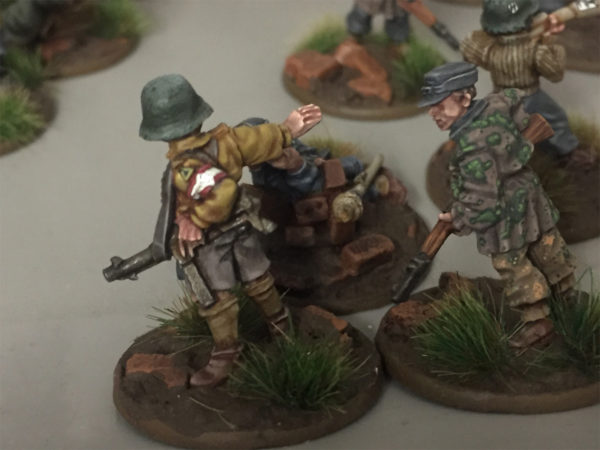 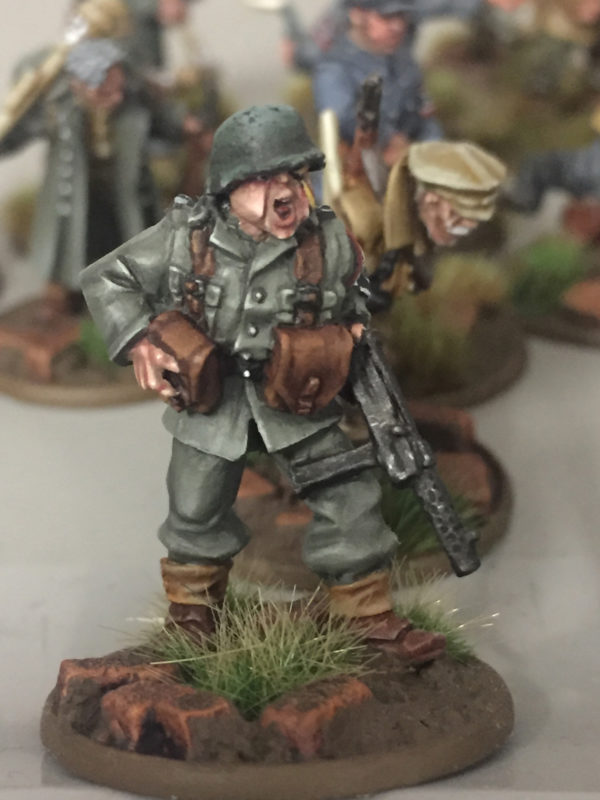 Tom spends most of his time buying books and painting miniatures. He enjoys putting animals on the bases of his miniatures and half-finishing side projects. Some say that he lives in a tower on top of some windswept northern hill with his wife and cow-patterned cat, Spaghetti.
View Profile | View all posts by Tom Mecredy
Hats & Flags: The French-Indian War
Spotlight: Chasseurs Ardennais