We’re starting a new semi-regular series on the uniforms and accoutrements of various armies. Last week, after our brief look at the French-Indian War, we’re returning to the woodland to show off how easy it is to differentiate your regiments.

Painting uniforms can be a daunting task, but often a rewarding one. Having an army that represents the forces present at a particular battle or during a particular campaign is a huge part of the hobby for some gamers, and we’d like to make that as easy as possible.

Obviously, we can’t hope to cover every single unit or regiment that fought in the French-Indian War, but we’ve presented a selection from both sides to help you get started. 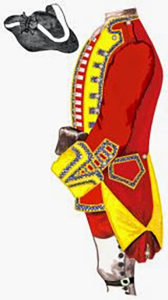 Raised by Sir John Gibson in 1694, this regiment had already seen service in North America by the time of the French-Indian War. Their first posting was to Newfoundland where the regiment took heavy casualties to the cold weather. They would go on to fight at Elixheim and Ramilles during the War of Spanish Succession before fighting in Flanders during the War of Austrian Succession.

During the French-Indian War, they would distinguish themselves during the Siege of Louisbourg and at the Battle of the Plains of Abraham.

To recreate the 28th Regiment of Foot, paint the cuffs and facings using Vallejo Model Colour 952 Lemon Yellow. The regimental colour should also be painted to match. 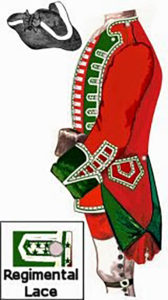 Raised in 1741 by Colonel Daniel Houghton during the War of Austrian Succession, the 45th Regiment of Foot was posted to Gibralter prior to being stationed in Dartmouth, Nova Scotia in 1747. During their tenure at Dartmouth, the regiment would suffer at the hands of the local Mi’kmaq and Acadians when a militia force sacked the town and mutilated 20 British settlers and a sergeant of the 45th.

During the French-Indian War, the regiment would participate in the Siege of Louisbourg.

To recreate the 45th Regiment of Foot, paint the cuffs and facings using Vallejo Model Colour 922 Uniform Green. The regimental colour should also be painted to match. 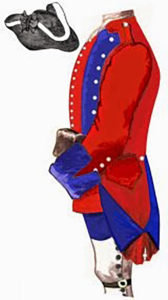 In the wake of Braddock’s disastrous defeat at Monongahela, royal approval was given for the creation of a new regiment to help defend the Thirteen Colonies from French aggression. Combining the characteristics of a foreign legion and a colonial corps, this new regiment of 4,000 men was drawn from multiple nationalities, including English, Scots, Irish, Swiss, Germans and Americans in its ranks.

Raised at Governor’s Island in New York, the regiment was plunged into some of the war’s thickest fighting. They participated in the Siege of Louisbourg, then fought in the campaign to capture Quebec. 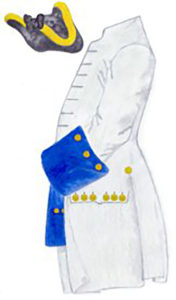 Created out of a Catalan regiment in 1672, the Languedoc Infanterie fought on the Rhine in the War of Polish Succession and would go on to campaign against the British in Flanders during the War of Austrian Succession. During the Seven Years War, the first battalion would remain in Europe, while the second battalion was dispatched to Canada to fight in the North American theatre.

It would be one of the first units of French regulars to fight in North America, at the battle around Lake George. They would go on to fight at Fort William Henry, Ticonderoga, Quebec and Sainte-Foy.

To recreate the Languedoc Infanterie, paint the cuffs and waistcoat in Vallejo Model Colour 809 Royal Blue. 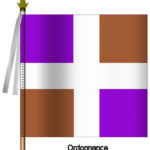 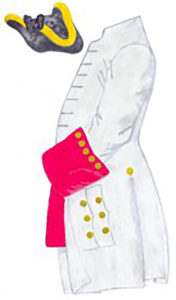 In 1684, with war looming on the horizon, Louis XIV commissioned 30 new regiments for the French Army. He raised each regiment on a different day in September to avoid any squabbles over seniority. The regiment would serve on the Rhine during the War of Polish of Succession, and in Bohemia and Flanders during the War of Austrian Succession.

In 1756, an additional battalion was added to the regiment, and the size of the second battalion was increased for service in India. As the situation in North America unravelled, the regiment’s Indian excursion was cancelled and both 2nd and 3rd battalion were sent to Canada.

During the crossing, the regiment was devasted by disease, losing a dozen people to the epidemic. They would fight alongside Montcalm at Ticonderoga.

Constant fighting, disease and the parcelling off of men to man fortifications would leave both battalions dangerously under strength, so they were reorganized into a single formation. The regiment went on to hold the centre during the battle of Sainte-Foy, before participating in the siege of Quebec. 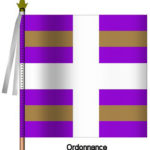 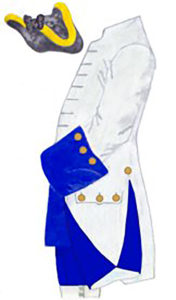 Originally raised to defend the warships and harbours of the French Empire, these marines proved themselves to be the equal of their regular army counterparts. Created by decree in 1689, these units fought as land units, often used as garrison troops across New France.

The Troupes de Marine would be involved in practically every major battle of the French-Indian war. They took part in the ambush of General Braddock at Monongahela, tussled with Roger’s Rangers at the Skirmish of the Snow Shoes and thrashed the British regulars at Fort William-Henry.

While the Troupes de Marine had an issued uniform, many would supplement this with native buckskin, or discard the heavy uniform coat for their blue waistcoat underneath.

For Troupes de Marine in regular uniforms, paint the cuffs, waistcoats and turnbacks in Vallejo Model Colour 963 Medium Blue. Use the same colour for the clothing of marines in just their waistcoats.

Check out last week’s article exploring the history behind the French-Indian war. We’ve also created two fantastic bundles to help you get started with the period. 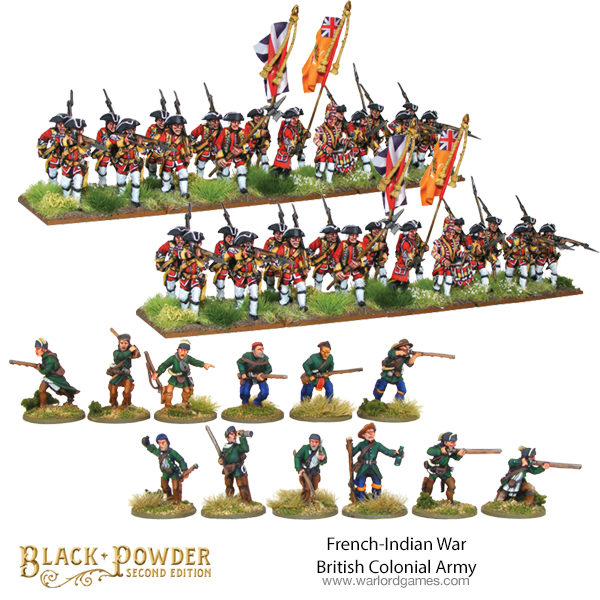 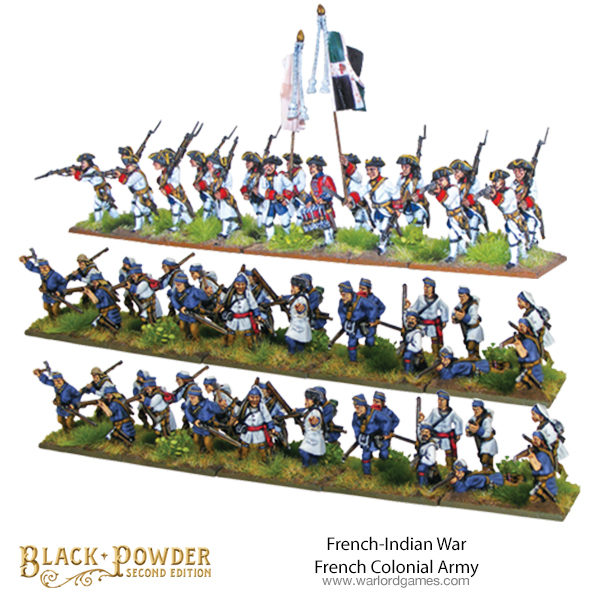 Tom spends most of his time buying books and painting miniatures. He enjoys putting animals on the bases of his miniatures and half-finishing side projects. Some say that he lives in a tower on top of some windswept northern hill with his wife and cow-patterned cat, Spaghetti.
View Profile | View all posts by Tom Mecredy
Spotlight: Trapped! A FOGH Battle Report
Spotlight: Jamie’s Last Levy