As we continue to sort out the various boxes, moulds, etc from our purchase of Bolt Action we continue to find miniatures we’ve overlooked. This week we have four such gems for you. First up are two not entirely serious miniatures ideal for your ‘wierd war’ games – British Vampire Hunter Major Terntadust and his dark adversary an SS Vampire Count: 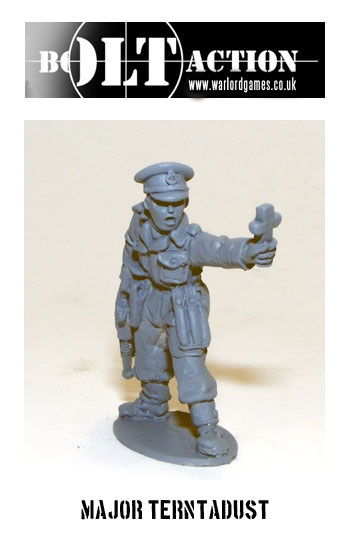 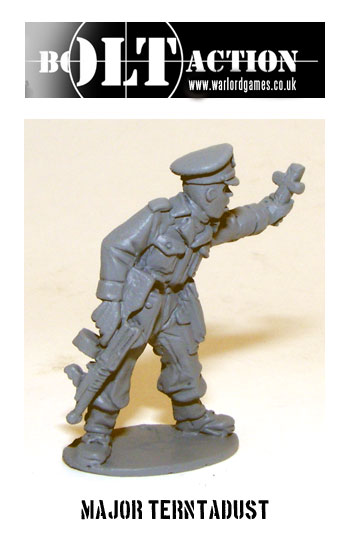 Major Terntadust has long been the head of the British secret army division against paranormal activities. Churchill ordered his ministers to create a secret division in the British army to combat the recent reports of supernatural creatures in the German lines.

Major Terntadust is armed with a holy relic of the highest magnitude, the sacred Golden Cross of Magnificantinata. He also has two secondary weapons. One in the form of a MkII Carruthers three stake pouch filled with Billingsby ‘Stay Sharp’ brand hard wood stakes and the second is a trusty Thompson SMG, filled with the essential solid silver bullets. 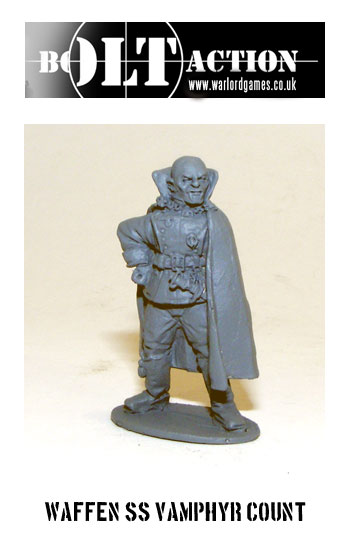 Speaking of which, we have this blood-sucking devil. This Vamphyr is straight from Himmler’s occult units. This secret division has long been researching the powers of the occult and how to harness the powers of Darkness, to use against the allied forces. This Vamphyr has seen many fights with Undead Hunter Major Terntadust and their epic struggle continues… 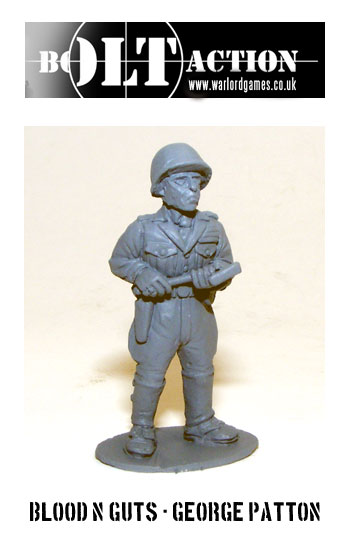 Also now available is none other than American General George ‘Blood & Guts’ Patton. He’s perfect to get your GIs moving – he brooks no weakness and drives his troops forward relentlessly! Patton often got into trouble with his outspokenness and strong opinions. In addition to the slapping incident which nearly cost him his career, towards the end of the war, he voiced his detestation and mistrust of the Soviet Union and his desire to fight it. However, he was greeted warmly by the public when he returned to the United States in June 1945.

Finally we have another fun piece – Hans Hoch, the surrendering German soldier. You’ll have to decide what to do with him when your forces roll over the concertina wire. All of these fantastic Bolt Action characters are bow ready for purchase in the Warlord webstore.