This week we have some cracking models to show off – fresh from the brushes of Troop of Shewe!

We’ve released a host of new vehicles for our Bolt Action WW2 range recently and now we’re wasting no time in showing you the fruits of their labours. We’ll have  plenty more to show off over the next couple of weeks too…

First off we have the Hetzer: 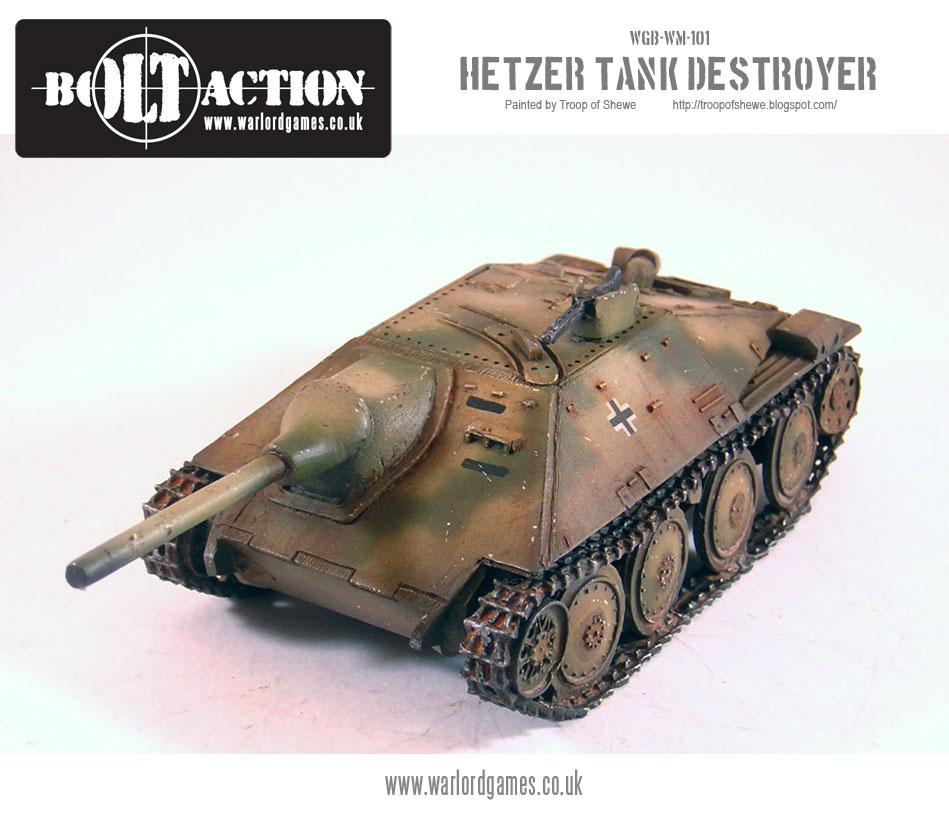 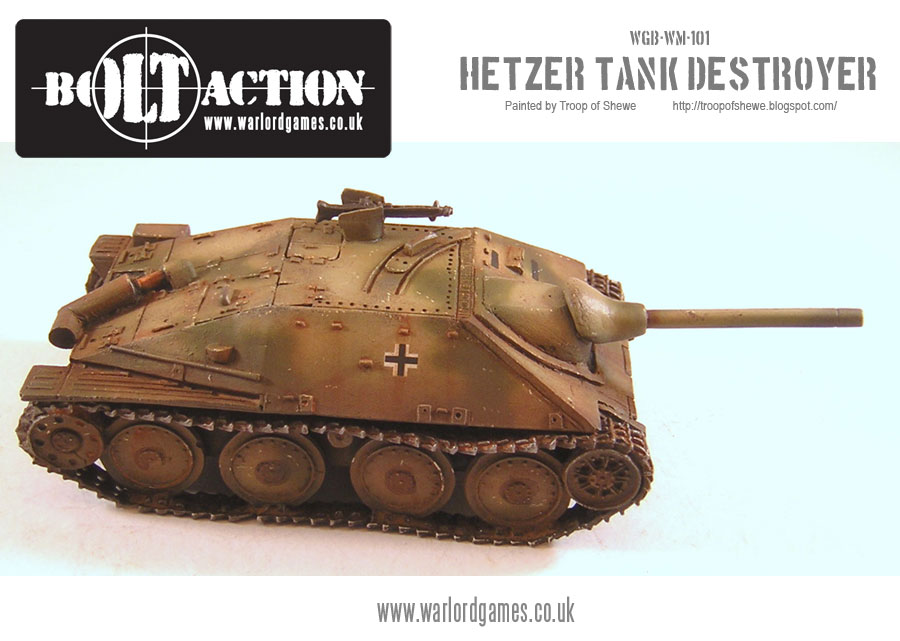 The Sdkfz 138/2 ‘Hetzer’ tank destroyer was a brutal war machine which caused no end of trouble for Allied forces. It’s low profile and powerful armament enabled it to lie in wait for unsuspecting tanks to ‘brew up’!

Next on our list is the Sdkfz 7 Halftrack troop transport: 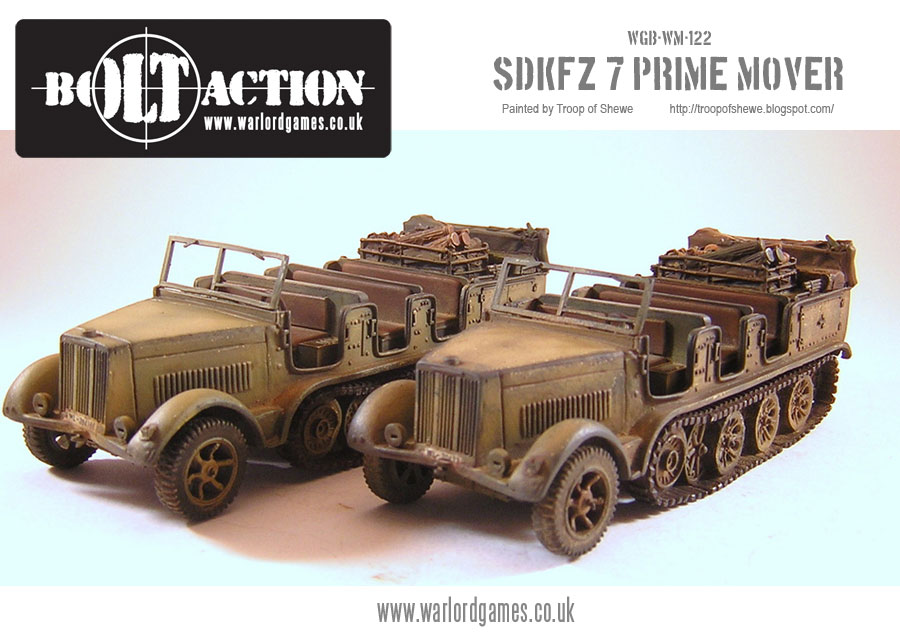 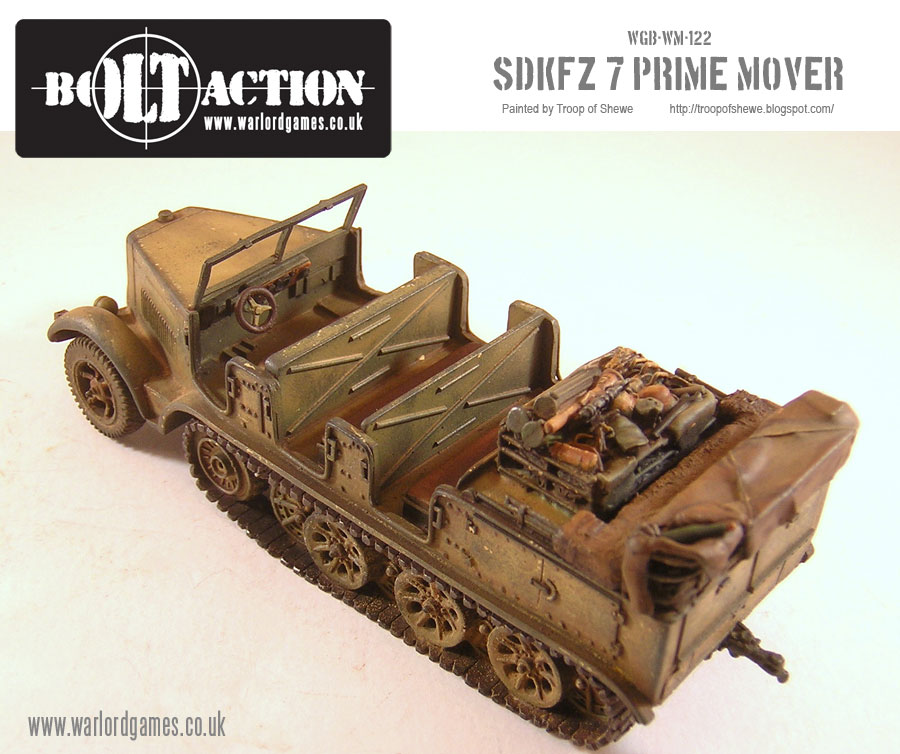 This prime mover is ideal for moving your artillery pieces around the field of battle and for transporting your Axis troops to their forward deployment zones without the sore feet and blisters that would accompany a long march. Whilst primarily a German vehicle many were also made under licence for the Italian army under the name Breda 61.

Anyone who grew up, as we did, with Airfix kits can’t help but be tempted by the opportunity to save a few quid in picking up our special offer on an Sdkfz 7 and 88mm flak gun!

Both of these excellent resin and metal vehicles can be found in their unpainted state in the German Vehicle and Crew section of the Bolt Action webstore.