The latest resin vehicles to be released are our British Airborne Jeeps. Of course, they work equally well for Canadian or Polish paras too! 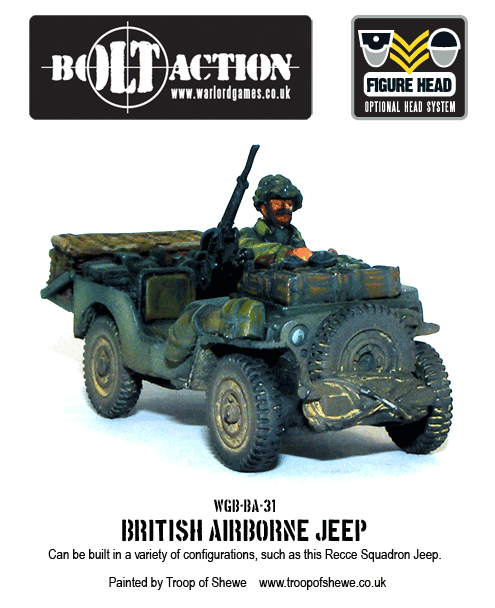 Specially modified to fit into the British Horsa glider, the British Airborne Jeeps primary role was to tow support weapons such as 6 pounder anti-tank guns, 75mm pack howitzers, etc rapidly to where they were needed most. They were also utilised in the Recce Squadron as fast, mobile weapons platforms armed as they were with Vickers K machine guns. 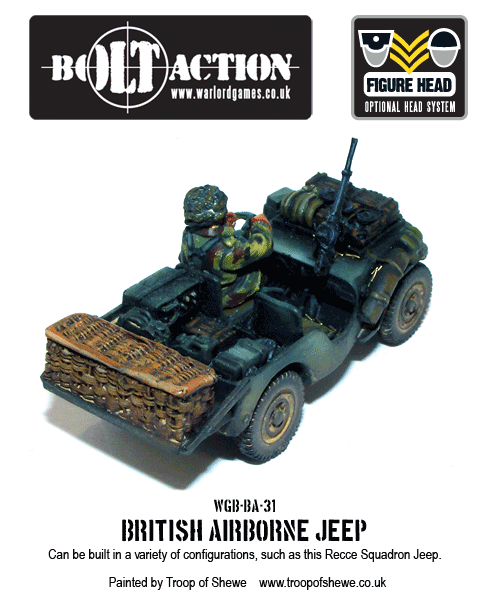 Whilst remaining essentially the same vehicle as the standard issue Willy Jeep the British had to specially modify the Jeep – front bumper cut back, A-frame attached for towing guns, removal of the windshield and several other modifications to allow it to be deployed by glider. The Recce squadron made a habit of placing the spare wheel in front of the radiator grill to help protect the engine from gun fire. 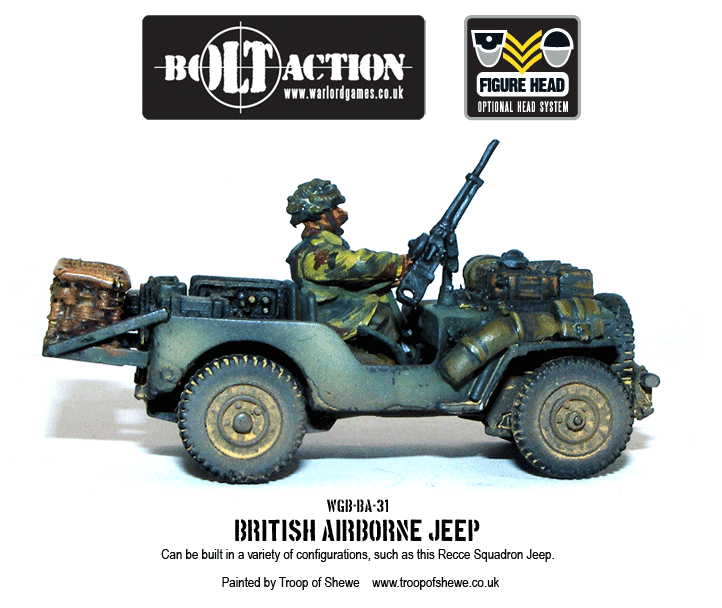 Packed to the gunnels with baggage, fuel cans and batteries for the No. 22 wireless radio the British Airborne Jeeps were an essential part of the Red Devils make-up, allowing these elite troops to deploy fast and hard – often catching the enemy sleeping… 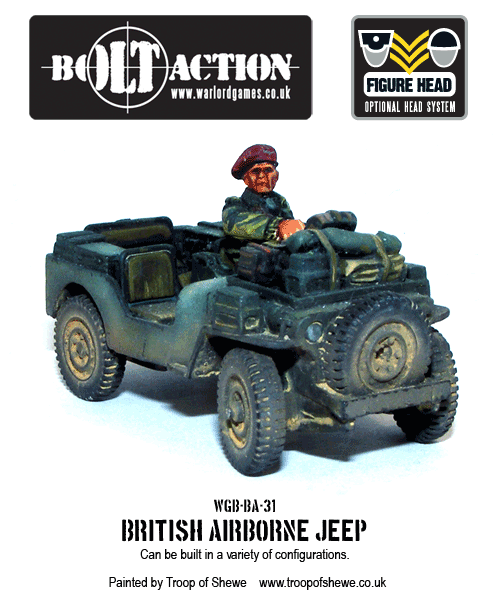 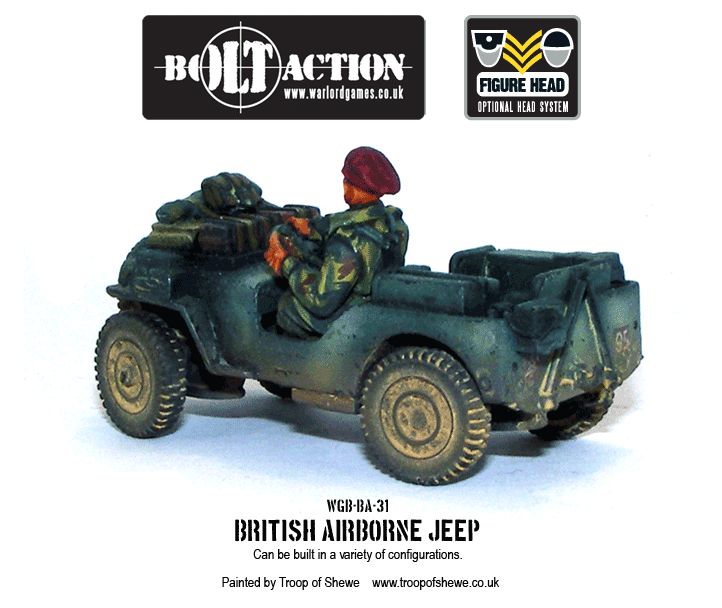 We’ve also got a stonkin’ deal for you if you’e looking to pick these beauties up in bulk! (and why wouldn’t you?) £60.00 gets you our British Airborne Recce Squadron:
– 5 resin and metal Britsh Airborne Jeeps
– 1 FREE ten man British Airborne section (saving you £10)

Plenty of recent British releases to keep your Airborne Jeeps company. For one, this lovely Red Devils box set crammed with metal miniatures is a must. 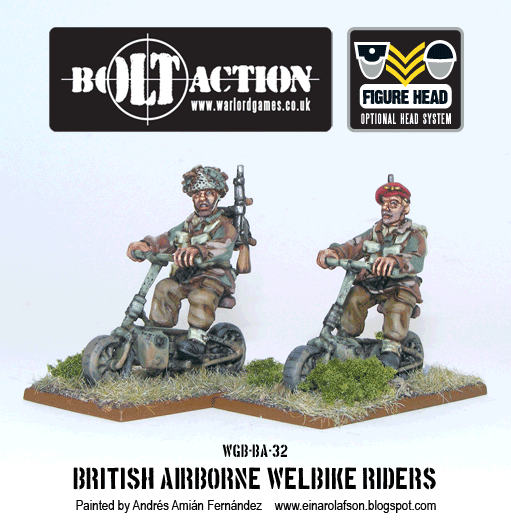 Why walk when you can welbike? Grab a few of these characterful models for your brave lads today!

How about some Tetrarch light tanks airdropped to your Red Devils to tackle enemy infantry, offer fire support, and increase mobility? Head here to purchase yours today.