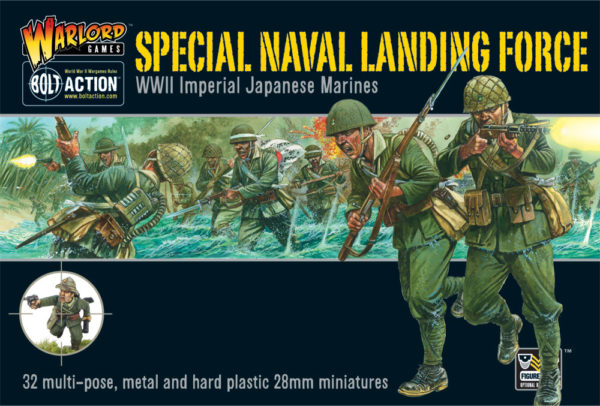 Due to the deep distrust the Japanese Army and Navy had for each other, joint operations were all but out of the question and the Navy created the Special Naval Landing Forces as a result. First seeing action in 1932 during the ‘Shanghai Incident’ of the Sino-Japanese War, the SNLF were highly trained, high quality troops with excellent morale. Each SNLF formation was named after the base in which it as formed.

Naval troops wore uniforms of a similar cut to those of the Army, but in olive drab rather than the Army’s khaki and with black rather than brown boots. This makes a unit of SNLF stand out nicely from the Army units in your force, adding greater variety as well as no mean performance. 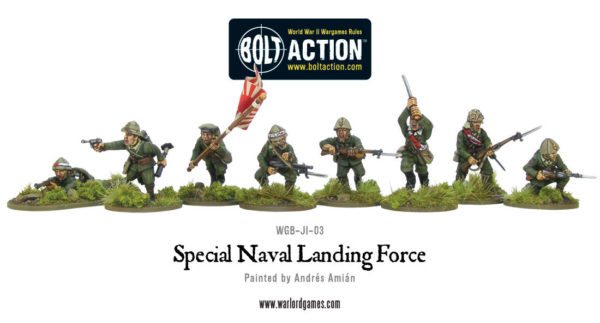 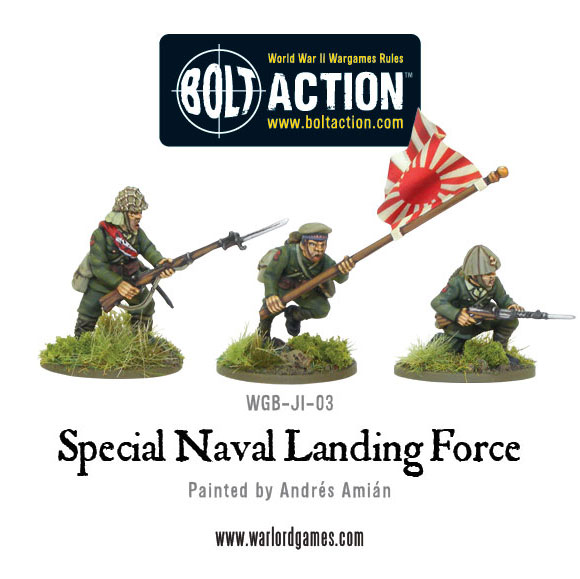 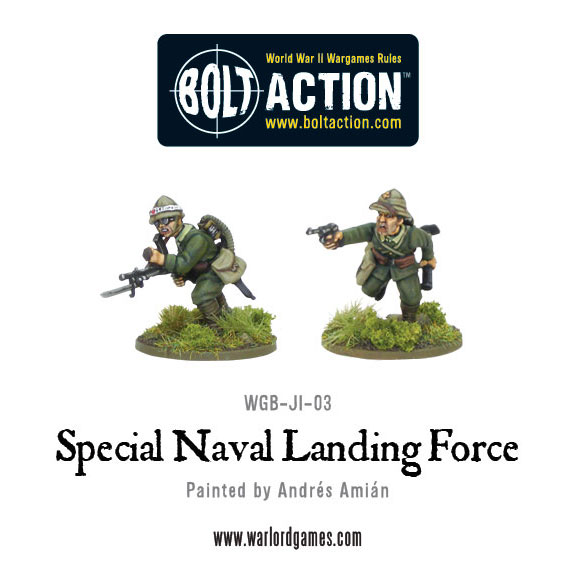 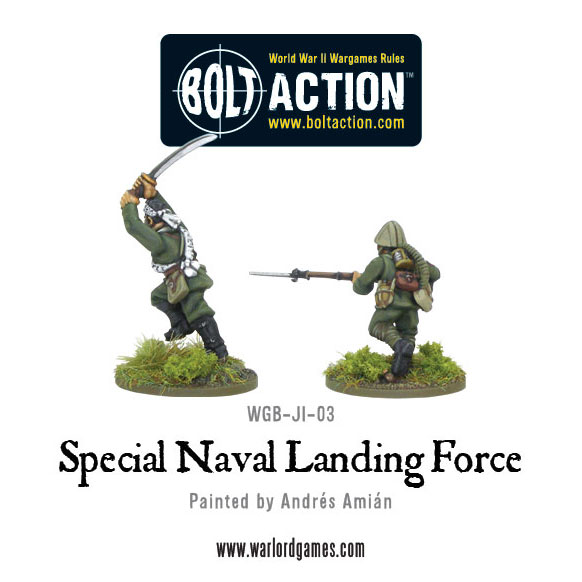 The SNLF spearheaded the landings in the Philippines and the Dutch East Indies, as the Japanese forces cut a swathe across the Pacific with great success. When faced with determined resistance, such as at the invasion of Timor and the Battle of Milne Bay in 1942, they often experienced heavy casualties due to their unwillingness to surrender. When completely out of ammunition, they would often resort to hand-to-hand fighting with their swords.

A 6th US Marine Division intelligence report prior to the landing at Tarawa in August 1943 stated “Naval units of this type are usually more highly trained, and have a greater tenacity and fighting spirit than the average Japanese Army unit.” 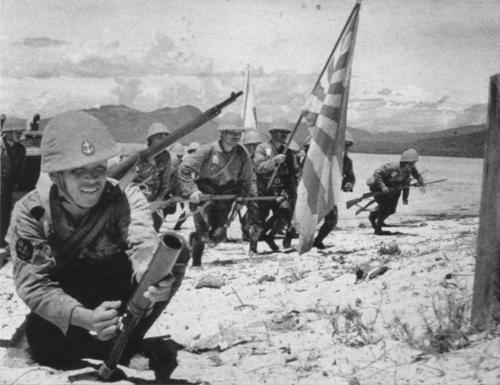 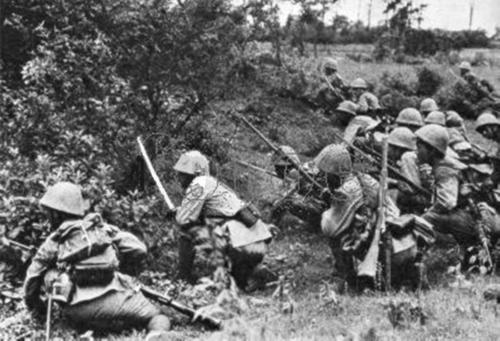 This plastic and metal set contains parts to make 32 SNLF. It includes plastic Japanese Infantry sprues plus metal parts with new heads for every model (including an officers tropical hat and a sailor’s cap). The set also includes equipment packs including their distinctive gas-masks. There are also two new metal bodies as well as arms firing a pistol and wielding a ceremonial sword. The set is rounded off nicely with the full-colour sheets of flags and devotional banners – great to hang from weapons as they take Emperor’s word to the enemy… 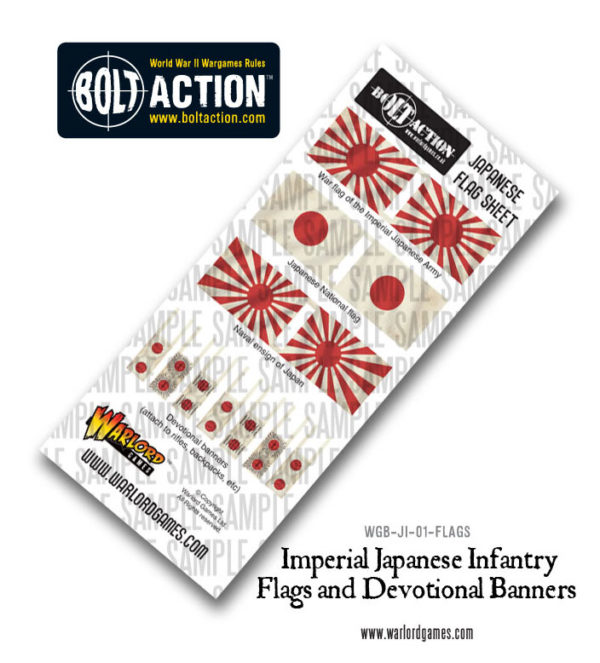