The latest releases for our Early/Middle Bronze Age range from Cutting Edge Miniatures are three sets of City-State Spearmen. 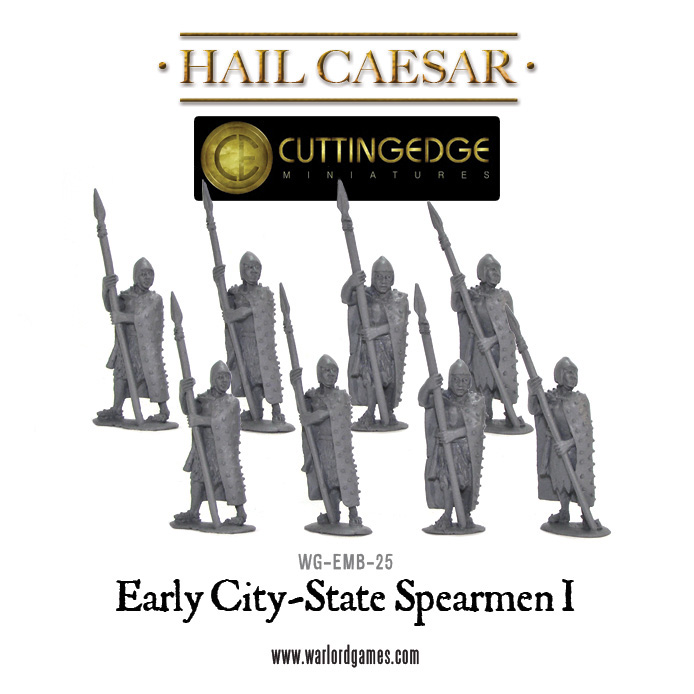 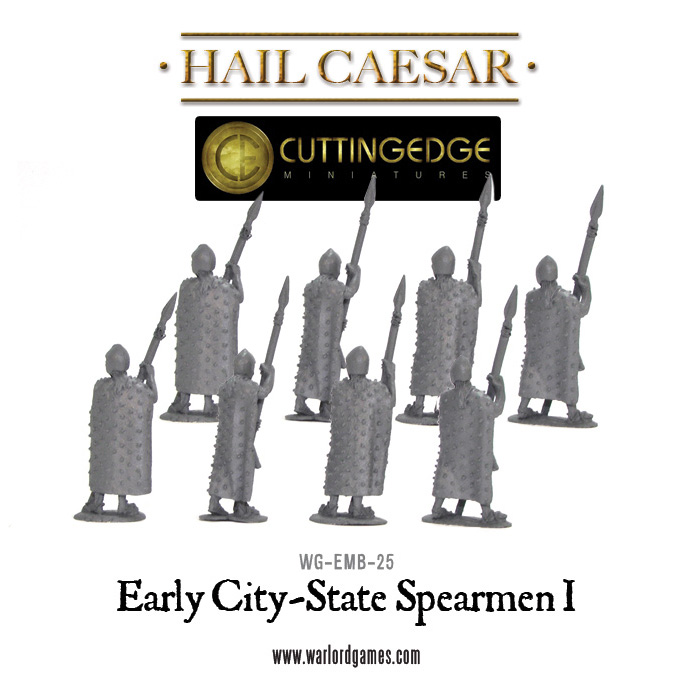 These are the earliest known City-State Spearmen, from c.2500 BCE, with long thrusting spear, as shown on the Standard of Ur. They do not carry shields, though the long cape may have given some protection. It appears that they formed up in a deep spear phalanx both for defence and attack against an enemy. Spearmen dressed as these appeared in both southern Sumer, such as at the city of Ur, and in eastern Syria, such as at Mari. 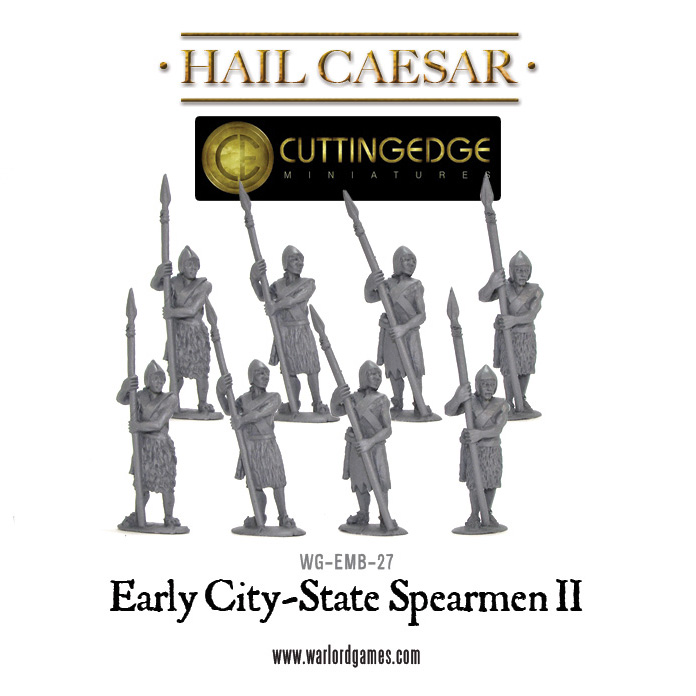 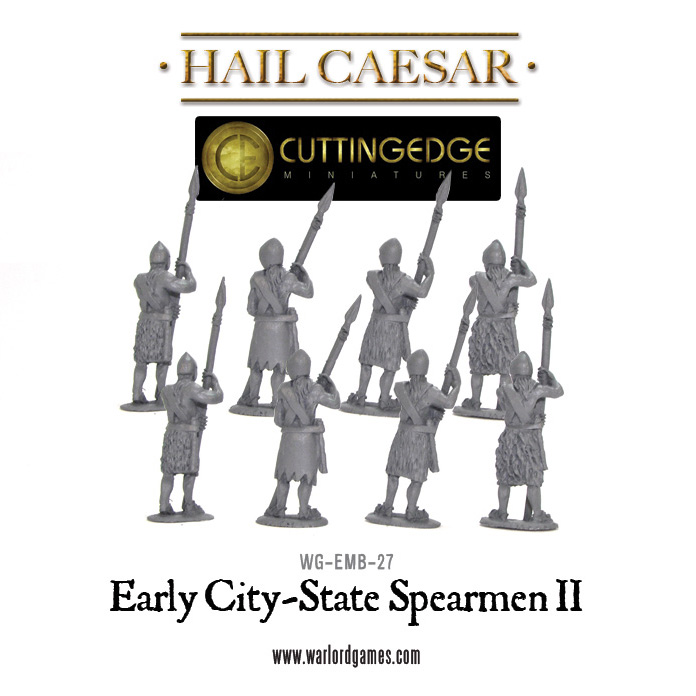 These are the Sumerian Spearmen as seen on the Stele of Vultures from the city of Lagash. From the Stele it appears they are ranked up 8 men wide by 6 files deep. It is possible that the front rank spearmen did not carry a spear, but rather carried only an axe and a large body shield to protect the rear ranks of the phalanx. However, this is purely dependant on how the Stele is interpreted, as there is no other source of pictorial evidence. They are dressed in wool, felt or leather kilts as was the norm in this period. 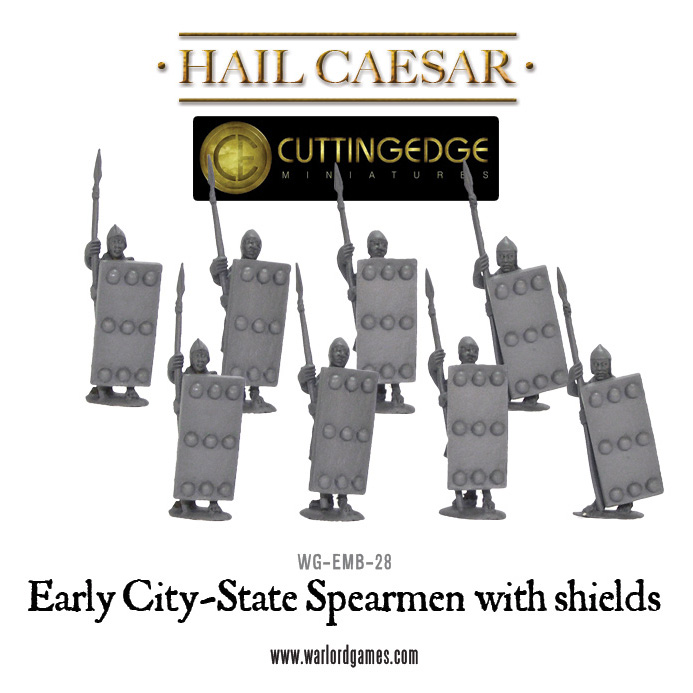 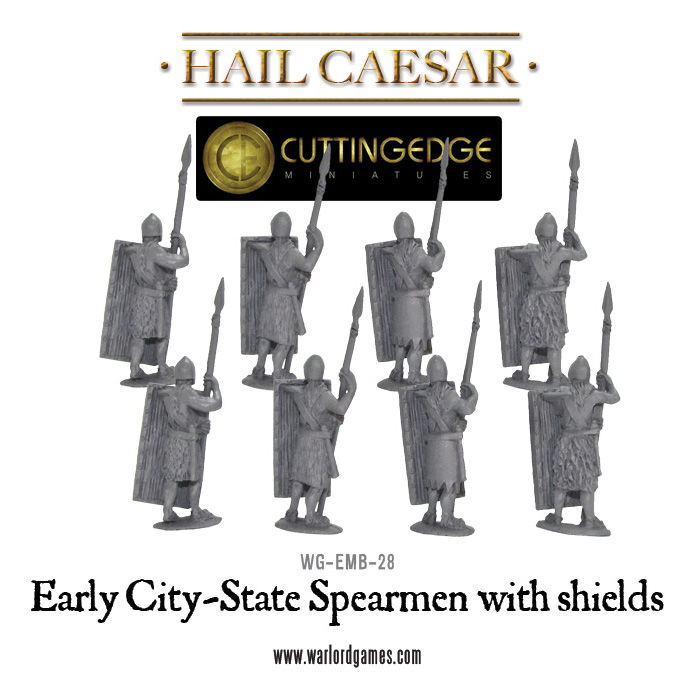 These Spearmen are dressed in wool, felt or leather kilts and armed with long thrusting spear and a large shield. It is possible that the weight of the shield was taken by a strap attached to the shield and which hung over the shoulder. Indeed the strap or straps on the Spearmen on the Stele may represent this.

All the spearmen can be used as the main battle-line infantry of the Sumerian, Early Syrian and Early Elamite armies of the Early Bronze Age from c.2,500 – c.2,250 BCE. 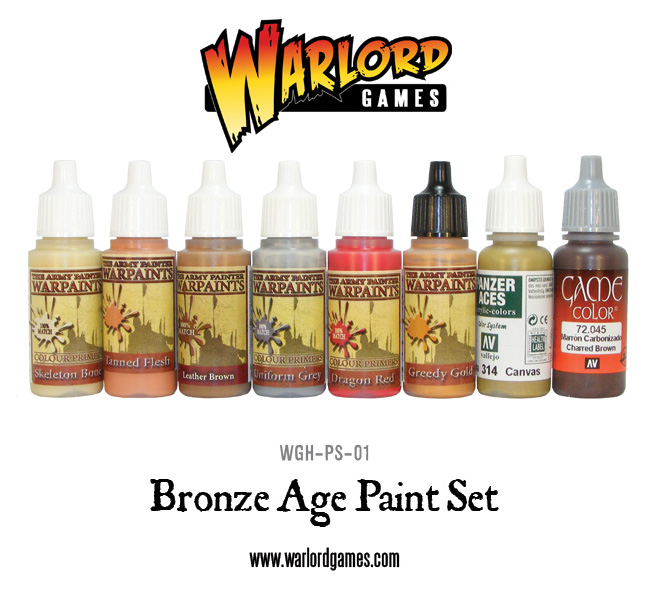 To help you get your new troops onto the table and into the action as fast as possible we’ve created this new Bronze Age paint set. It contains the colours our studio painters use for this period.